The fourth species of the genus Prodasineura I have now added to my blog is Prodasineura doisuthepensis. I initially thought this was P. collaris, until my mistake was pointed out to me by Noppadon Makbun (who else!?!). When I visited Chiang Mai in March 2010, this species was abundant high up in the national parks, especially (you guessed it) Doi Suthep. I recently saw many specimens residing at the stream which runs through Nam Nao NP ... I was really happy to see this species here.

The male
The male is easily distinguished by its bold blue marks to the thorax and abdomen. They like to sit in the sunshine over streams. 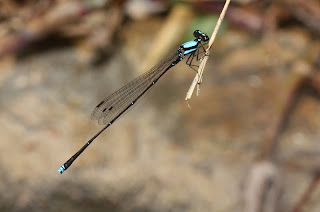 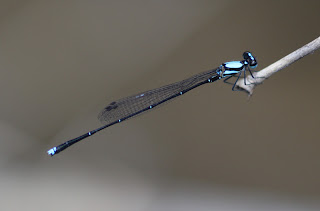 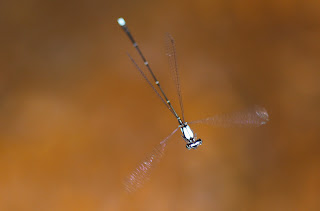 Close up and personal ... a male from Nam Nao NP 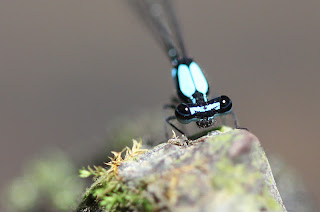 The female
The female is much more boring in comparison and is similar to other females of the Prodasineura genus. It does have slightly blue hues to the thorax and eyes. 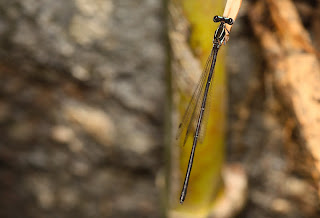 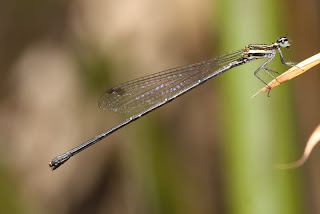 Ovipositing ...
Though not the best photos in the world (it was dark, really low down and at an almost impossible angle - how I wish I'd had my Canon 60D then!), but they show how this species oviposits.

These shots were from Nam Nao NP ... 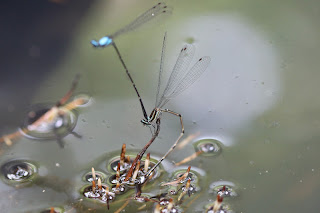 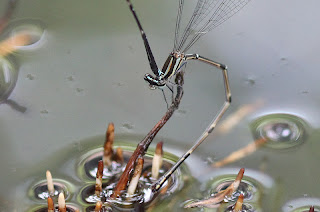 And these in Chiang Mai ... 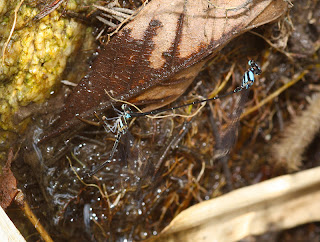 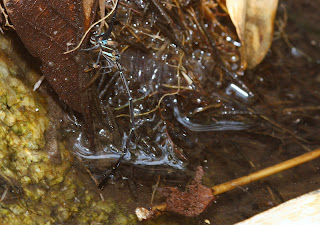 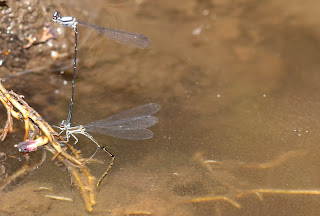 If you want to see this species you are sure to see it if you visit the rivers and waterfalls around Doi Suthep. That said, Noppadon informed me that the following flight season, they were fairly scarce.
Posted by Dennis Farrell at 12:16 AM