One species that is supposed to be common, but I have only seen seldomly, is Neurothemis fluctuans. When I was in Chiang Mai, I saw a solitary male at the River Ping for the first time. Since then I have spotted this species at several lowland areas, often on the edge of forests.

The mature male
It is often confused with the very similar species, Neurothemis fulvia. The easy way to tell them apart is the wing pattern. On the male Neurothemis fluctuans, the edge of the colour on the hind wings is arced. Also, the marks on the abdomen are slightly different. The mature male is more cherry red/brown in colour. 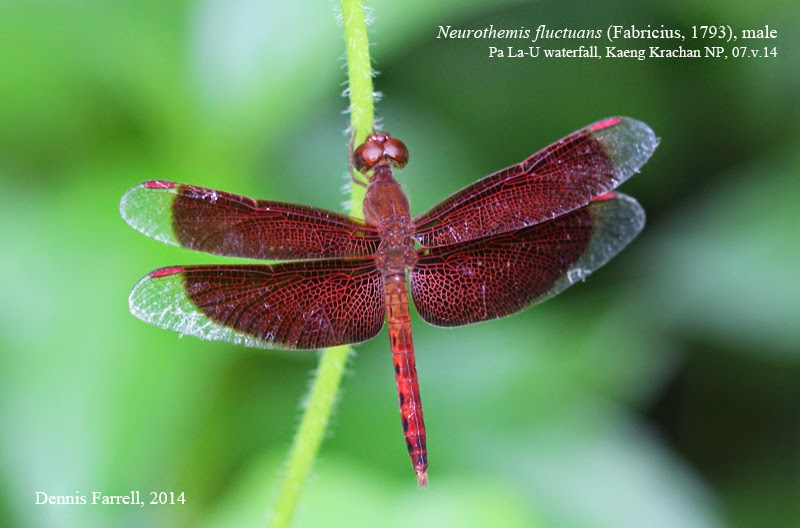 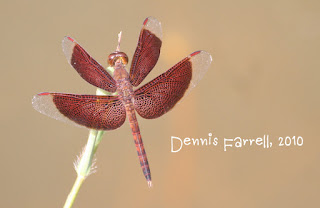 The young male
When I was just outside Khao Kitchakut National Park in December 2010, I had a quick look at a tiny pond by the roadside. I was fortunate enough to see a young male which was hiding away in the bushes. It has all the markings of the adult, but isn't fully developed. I also saw another young male at Kaeng Krachan recently. 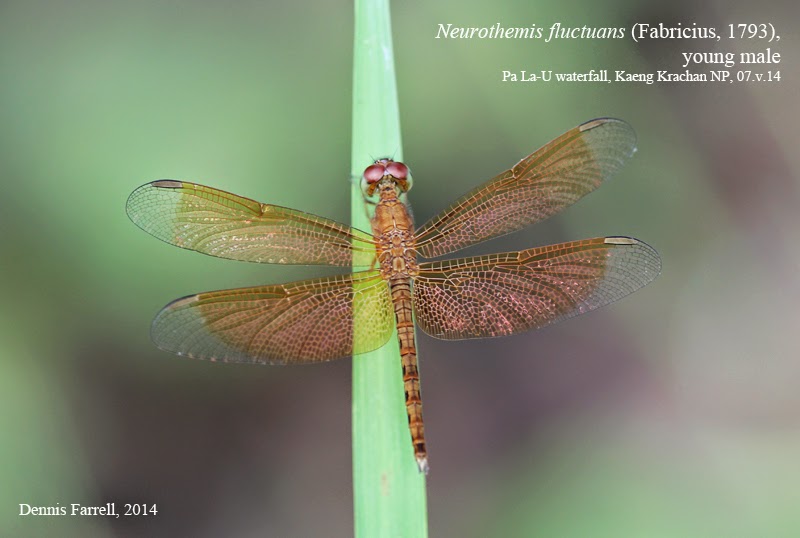 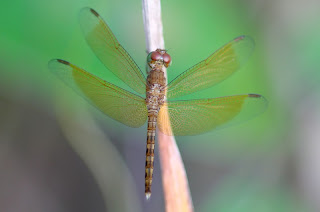 The female
Right after spotting the young male, I saw a female in the same bush for the one and only time. It is very similar to the young male, but  doesn't have any colouration to the wings. Since then, I spotted several females at a ditch right on the beach at Koh Chang, though photographing them was too difficult. 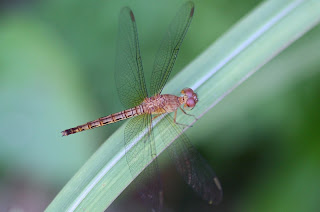 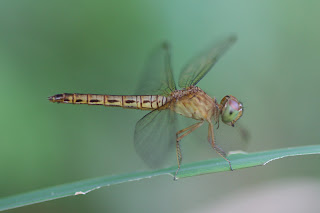 Thank you, David Bastien, for correcting my typo ....  Neurothemis fluctuans and NOT  Neurothemis fluctans. Serves me right for cutting and pasting. I need to pay more attention!!!
Posted by Dennis Farrell at 10:32 PM