In flight (that I have seen): April-October
Tetrathemis platyptera is a small dragonfly that I have seen on several occasions at different water sources, from large rivers to small farm ponds under lots of tree cover. It is easily confused with T. irregularis,  but one of the easiest ways to distinguish the two species, is that T. irregularis has clear wings (apparently) and T. platyptera has yellow/orange colouration to the base of the wings. Also, I have never even seen T. irregularis (I believe it is very much a southern species).
The adult male
This adult male has distinct yellow and black markings and its vivid turquoise eyes. the yellow base of the hind wings can clearly be seen, which distinguishes the species. 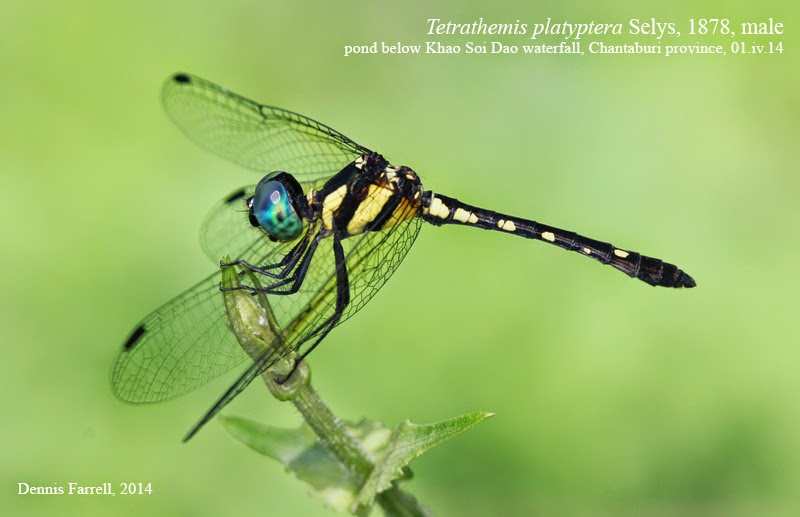 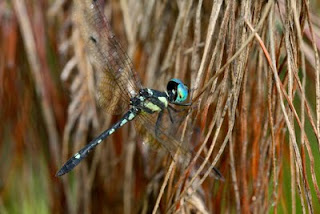 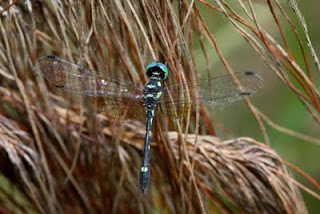 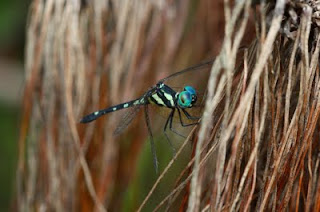 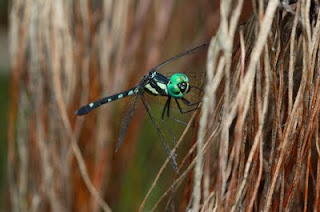 Here's another male I saw in Phu Rua... 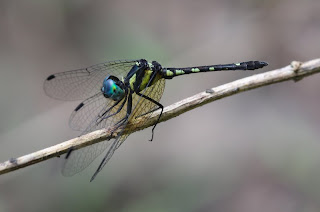 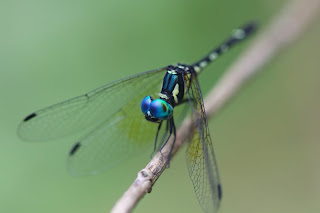 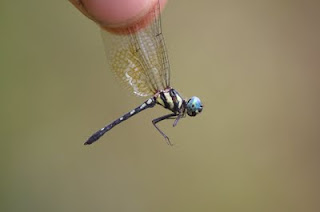 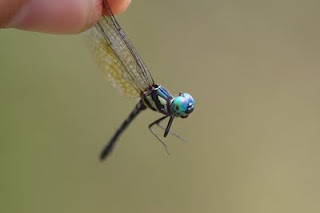 The "very old" male
This is a very old male that has lost lots of its colour. You can still make out the markings on its thorax and abdomen. 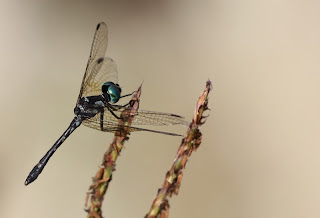 The teneral male
I saw this teneral male when I visited Nam Nao National Park in October 2010. It has all the markings of the adult, but the wings are still colourless and the eyes haven't yet developed that dazzling metallic sheen. 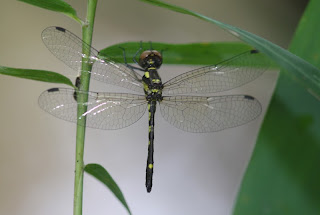 Another teneral male I saw at Khao Yai. 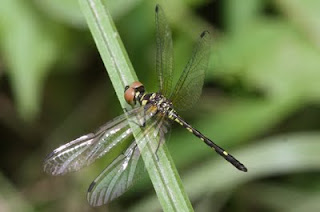 ... and another teneral maleat Nam Nao. 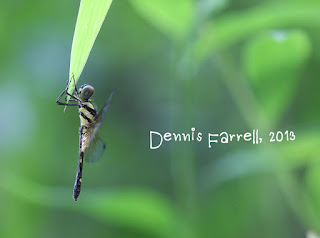 The female
The female is very much like the male, but the markings are a little different and the abdomen is much more robust. 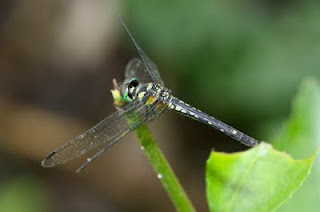 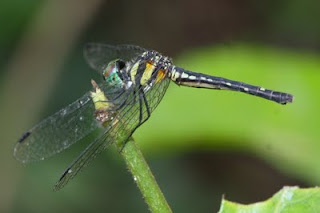 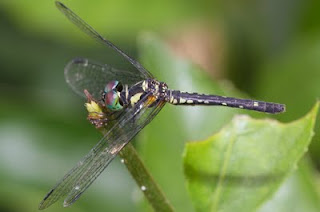 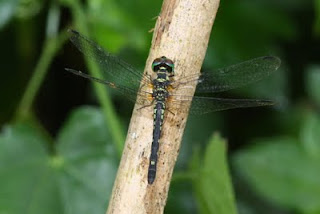 A big hand...
This photo gives good indication of just how small this species is. Also, it shows up the markings on the thorax very well indeed, as well as the yellow base of the wings. I managed to catch this female by hand. It was sheltering under trees in a darkened area just after a heavy storm at Phu Wiang National Park last October. 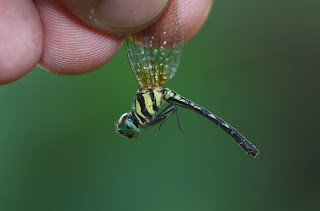 Teneral female...
This female I saw recently at a stream next to Nam Nao town, Petchabun, has very prominent colouration to the wings. Something I rarely see in this area, especially as a teneral specimen. 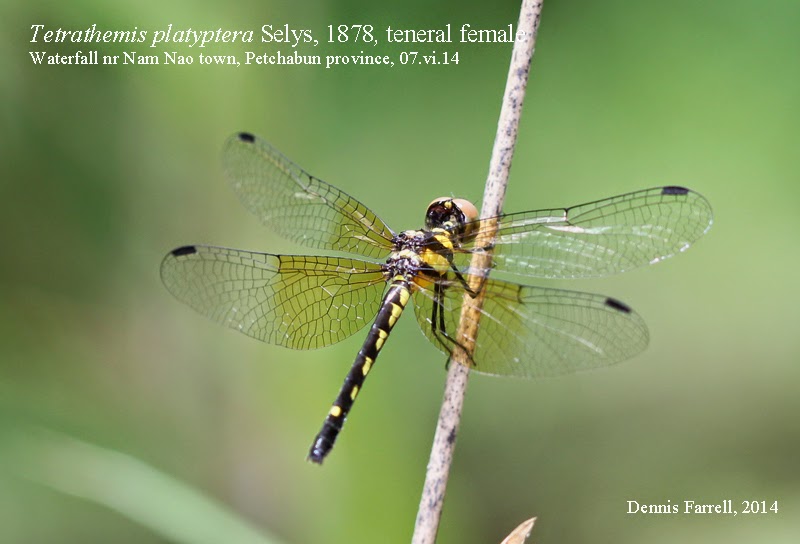 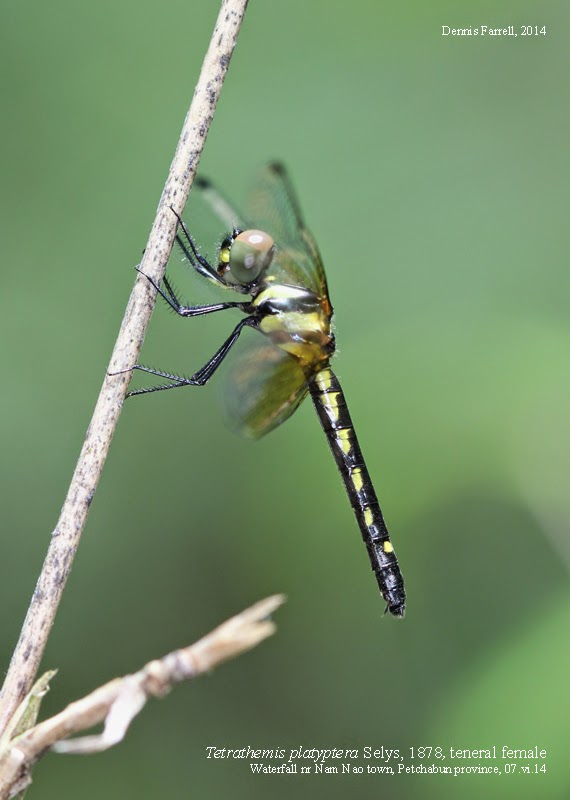