The third damselfly I have added to my blog from the Rhinocypha genus is Rhinocypha perforata perforata. It's supposed to be uncommon but can be quite common at isolated locations. It is most common at Khao Yai, where I have seen many specimens.

The male
The male easy is to identify with its distinct blue thoracic marks. The prothorax has a pink/purple mark and the abdomen is black with blue marks on each segment. The caudal appendages are black. The wings are hyaline with black/pearlescent tips. 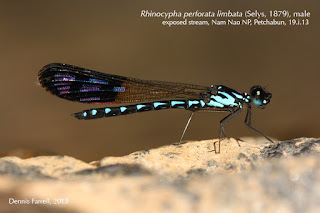 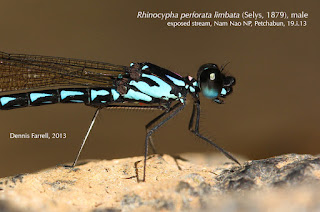 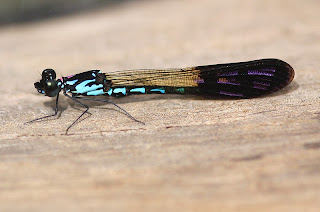 Mr. Moody...
This male flapped his wings in anger every time a male got anywhere near to HIS log. On occasion, he would also raise the end of his abdomen to look as big as possible. I wonder, through evolution, if they'll ever make weapons to fend off their enemies ... knives made out of grass or whatever? 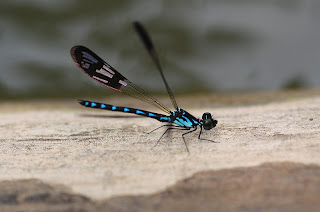 In the hand...
This gives an idea of size... and shows just how beautiful this species really is. 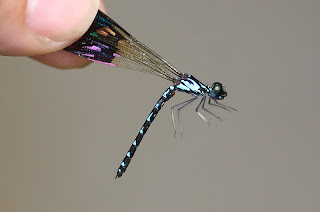 The female
The female is difficult to differentiate with other females of the same genus, but is often seen close to the male making life - for novices like me - easier. Note the white of the wing tips. 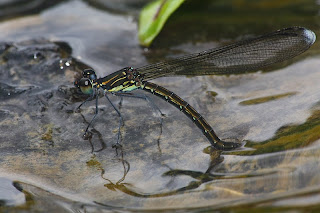 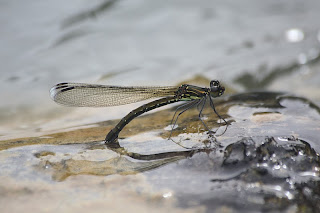 Young female
This female is the same as the adult female, but yellow in colour and doesn't have the white to the tips. 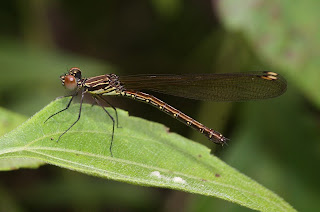 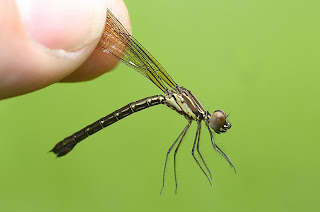 Oviposition ...
Here an ovipositing female is closely guarded by a male. 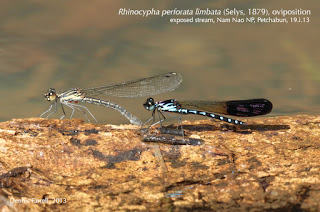 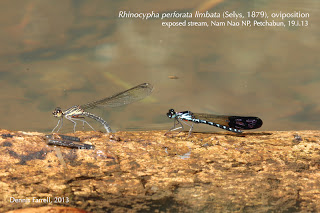 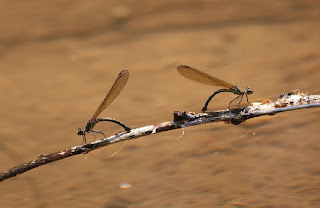 ... and then there were ten
Amazingly, for a very short time I managed to capture 8 females ovipositing at the same time, with 2 males patrolling over the top of them. Can you spot them all? Click on the image to see it up in size. 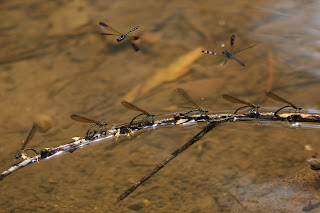 I have only spotted this species in Petchabun, Chiang Mai, Khao Yai NP, and Chantaburi. I have a few other photos of the females ovipositing. Email me if you would like to see them.
Posted by Dennis Farrell at 11:12 PM