Another handsome dragonfly that is part of the Brachydiplax genus is the common Brachydiplax chalybea chalybea. This species is widespread and can be seen at most ponds, pools and lakes that have tall reeds at the edge. They are also very small in terms of dragonflies, but the colours are amazing.

The male
The male has a striking blue and orange thorax, backed by a blue abdomen with black segments towards the end. It is a truly magnificent dragonfly and one you can see almost anywhere in the lowlands and many upland places too. Be aware though, as they are easily frightened and fly away at the slightest thing. This one is obelisking (doing a kind of handstand), in order to minimize the amount of sun on its body. 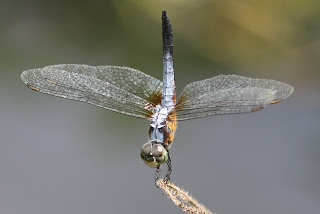 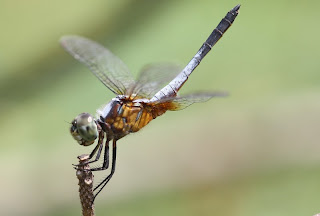 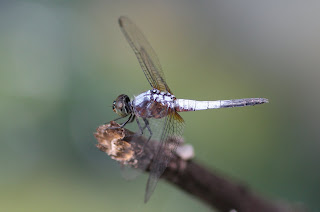 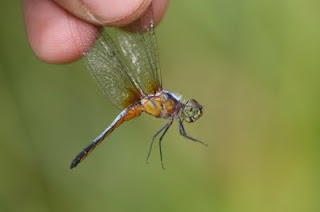 
Not commonly seen at this stage.  He is very orange indeed! 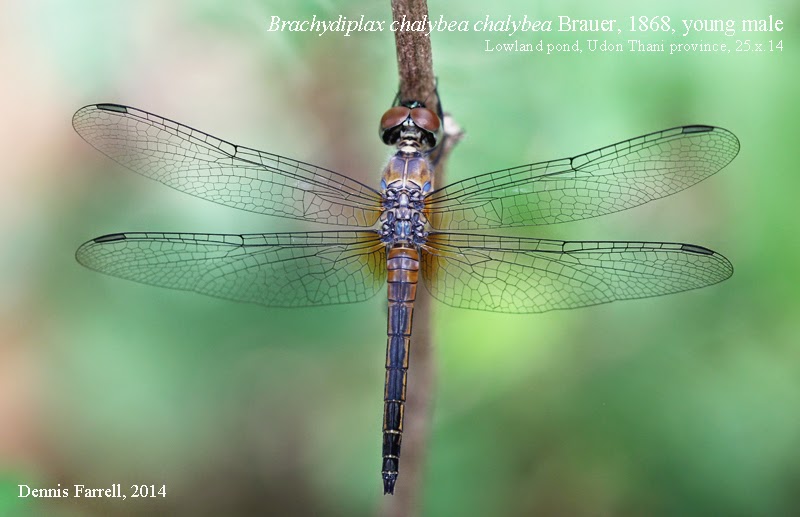 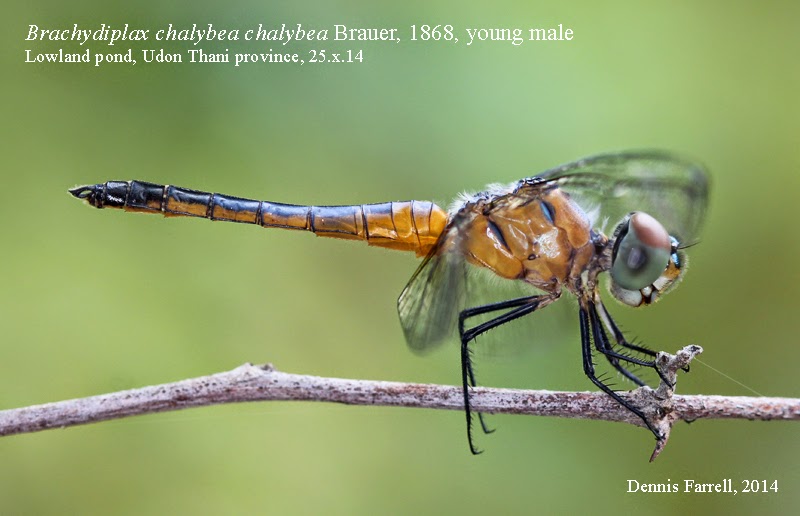 The female
Oddly enough, even though the male is very common, the female is not so. Or, at least, it is seldom seen. I have spotted the female only on a few occasions, often hiding away in the trees and away from the frisky males and only come down to the water's edge briefly. As far as I am aware, they stay well away from the water and only become visible when they are ready to copulate. 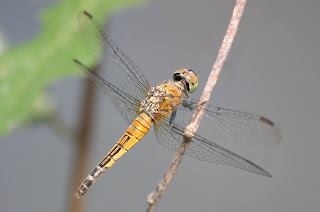 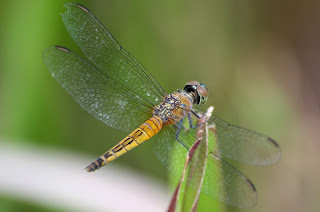 Posted by Dennis Farrell at 4:41 AM