Number: 44
Family: Platycnemididae
Genus: Prodasineura
Species: Prodasineura auricolor
Common name(s): N/A
Thai name(s): แมลงปอเข็มหางเข็มส้มพม่า
Habitat: Heavily forested upland streams
Province(s) sighted: Nam Nao NP and surrounding streams (Petchabun).
Sightings (by me): Common @NN Headquarters, July)
In flight (that I have seen): June-October
The fifth Prodasineura addition to my blog, and the latest I have seen, is Prodasineura auricolor. I saw this species the second time I visited Nam Nao National Park, back in October 2010. I saw two males, one in almost darkness and the other in bright sunshine. The second one I saw, would not keep still and continually moved its abdomen around, providing me with some strange looking photos.

The male
The male is easy to identify as it has bright orange and white markings on its thorax and white dorsal patch on S10. 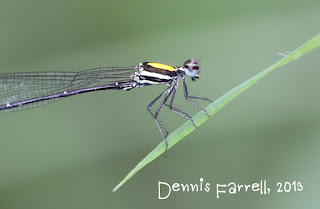 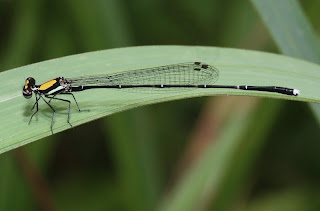 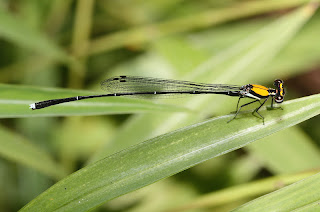 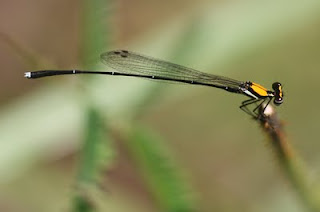 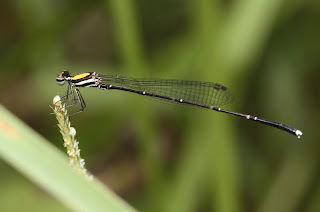 He moves is mysterious ways...
This male would not keep still and continually moved its abdomen around. Looks good though. 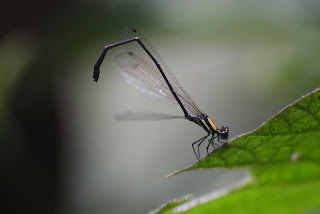 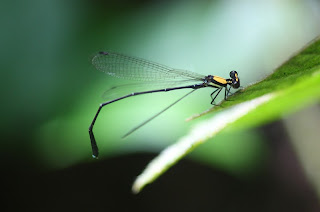 The female...
Similar to other species in the genus, but can't be confused because of its orange colouration to the thoracic stripes. Unlike the male, she likes to hide away under the protection of the bushes. 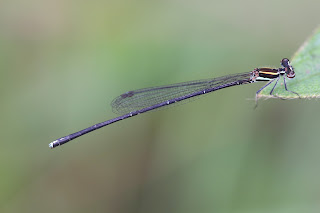 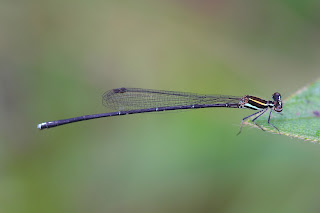 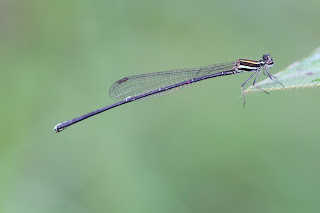