One species I visited Doi Inthanon in Chiang Mai for last April, was Ceriagrion chaoi. Noppadon Makbun informed me that they were residing at the pond near the main headquarters. Low and behold, the first thing I saw was just that. The only problem was that they were extremely shy creatures and difficult to get anywhere near. I managed to get a few half-decent shots though, but only of the male.

The male
The male is easy to identify. It has a green/yellow thorax and an orange abdomen with slightly darker colouration to the end segments. 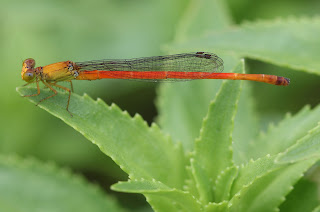 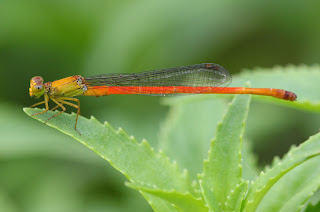 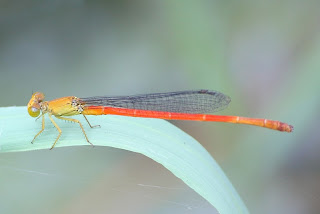 A copula
This copula, I saw at the Helicopter Pad Lake, Nam Nao National Park (09/07/2011) and is in fact the only time I have come across this species here. 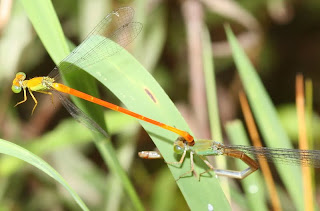 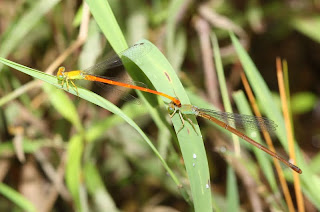