On the brightest of days one species you will often encounter at forested streams is Euphaea masoni. It is very easy to indentify, as it is virtually black, including its wings.

The male
Only when it opens its wings, can you see any pattern at all. That said, I think its a rather handsome little fellow and one you should try to spot if you visit a river. The male loves to perch on twigs in baking hot sunshine. 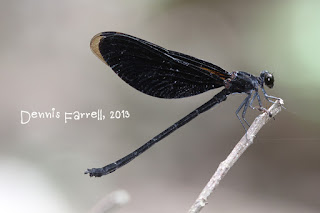 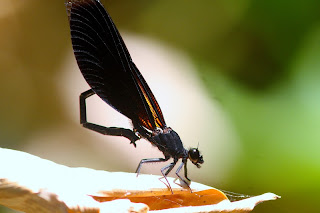 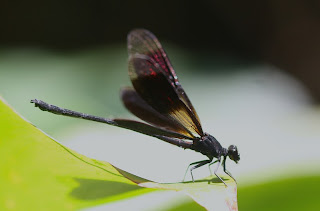 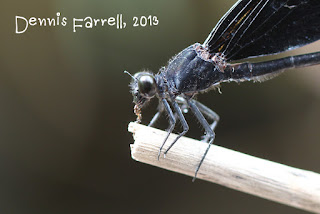 Another male in the hand ... 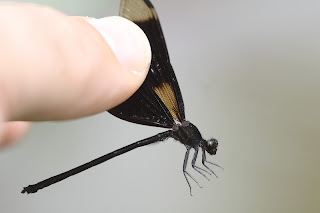 The sub-adult male
The young male is similar to the adult male but hasn't yet developed its black "furry" or pruinose thorax. Here it gives you the opportunity to see the markings which disappear under its black pruinose as it gets older. This male hid away from the river in the nearby bushes. 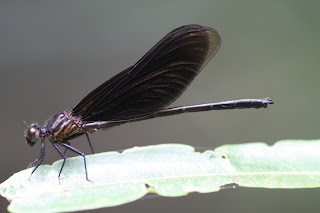 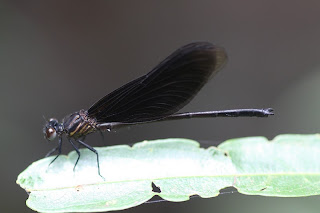 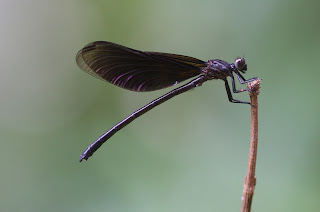 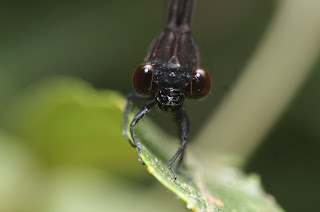 The female
Finally, I have managed to get good photos of the female. This genus is really difficult to differentiate the females, but at Nang Rong Waterfall, Nakhon Nayok, only this species was present. 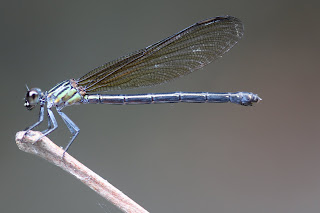 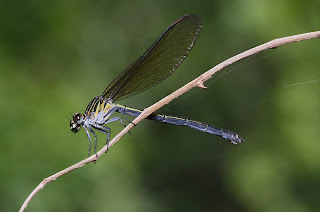 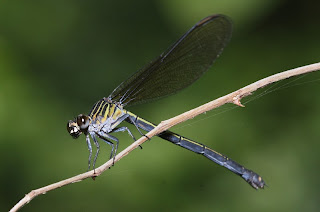 Like buses, two come at once...
After looking for a long time to spot the female, I managed to spot 2 within the space of 10 minutes of each other. This one is much darker than the one above and I think is a young specimen (looks like the young male - please advise if you know otherwise). Again, like the young male, this one hid away from the stream in the bushes. 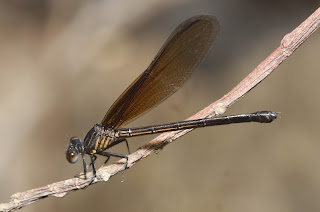 You can see this species throughout the country, especially at shallow streams, all year round.
Posted by Dennis Farrell at 5:35 PM