Brachydiplax is a beautiful, but difficult to positively ID species. Most of them look the same and worse still, some species in the genus Aethriamanta can also look very similar. Of the Brachydiplax genus, B. c. chalybea is the most common and I find it easy to ID with its orange and blue-coloured thorax. Brachydiplax farinosa is the second most common species and can be found at many ponds/marshland which have lots weedy edges. B. sobrina is rather rare (I have only spotted it 3-4 times) and seems to prefer large, exposed rivers (not true anymore!).

The male
The male is small but beautiful with its bright blue thorax and blue/black abdomen. They are commonly seen at exposed and weedy ponds and marshes, often 'doing battle' with other common species. 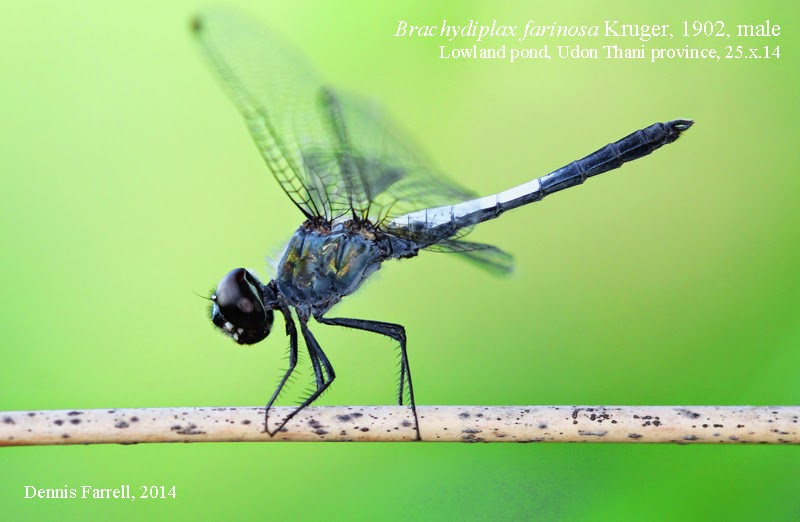 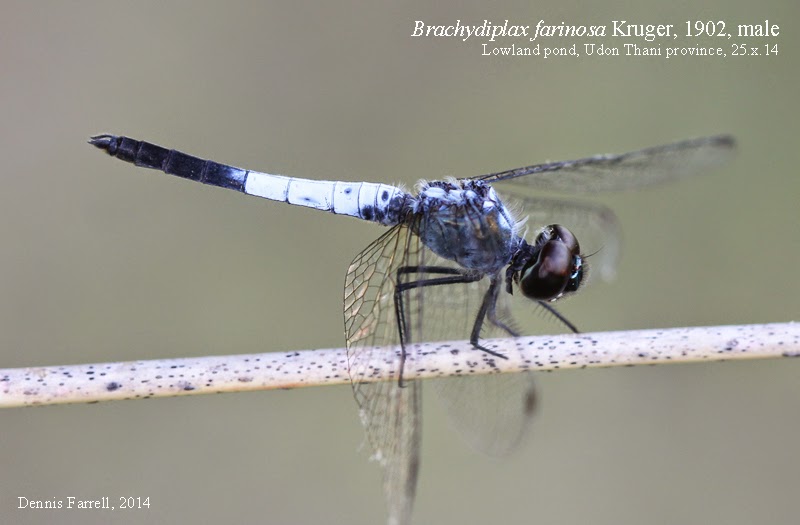 The young male ...
yet to sport his classic powery-blue coat. 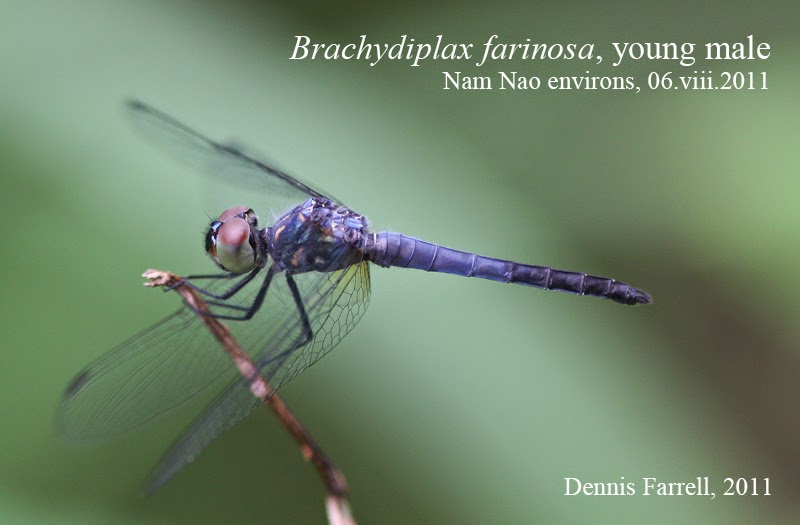 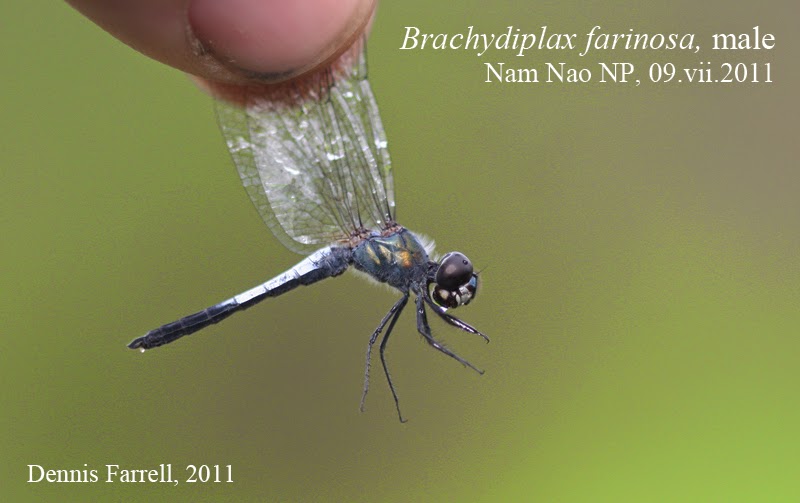 How to ID this species ...
Identifying this genus and other similar genus is extremely difficult. Thanks to Noppadon Makbun and Oleg Kosterin's invaluable information, it is possible to do so in the field. The male has 8-9 antenodal corssveins, whereas other species have less. 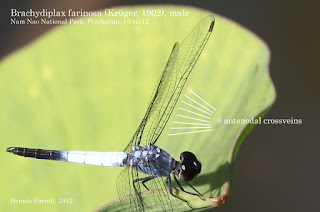 The female
Like the male, the female is difficult to differentiate from other females in the genus. Fortunately, they are often spotted close to where the males are situated. 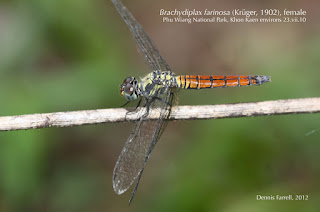 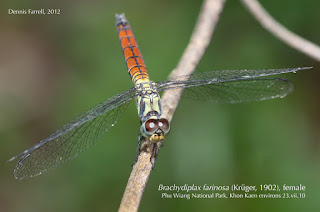 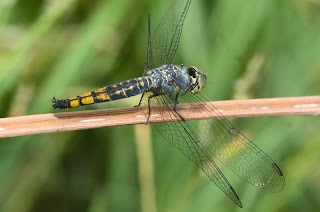 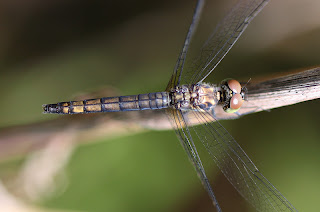 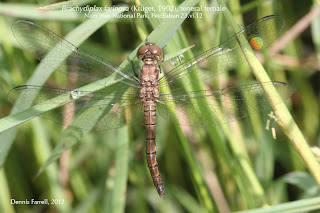