Quite a strange looking Libellulidae species I have seen on a few occasions is Acisoma panorpoides panorpoides. I didn't notice this species for a few trips because it looks a little bit like D. trivialis from a distance. It's only when you get close (which is actually quite difficult) that you notice its big bulbous abdomen.

The male
The male is quite stunning, with its bright blue eyes, and blue and black markings to the thorax and abdomen. It almost has a marble effect. Here you can see just how bulbous the abdomen really is. S9-10 are black and the caudal appendages are white. The young male is yellow, as the female. 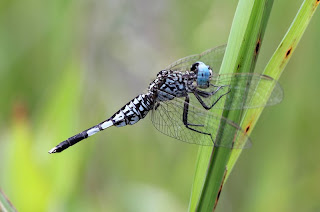 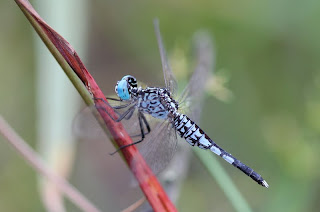 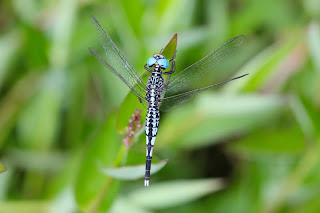 The female
The female is very similar to the male, except it is yellow in colour instead of blue and the caudal appendages are wider apart (usually the only way I can identify the female and young males). 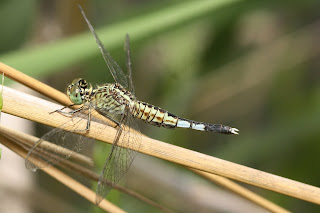 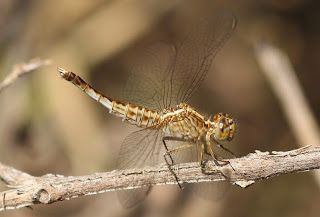 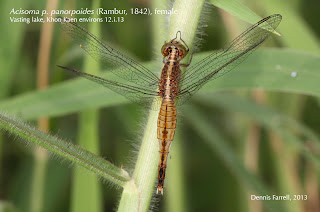 Here, a female is eating - rather, devouring - a young Prodasineura autumnulis, male 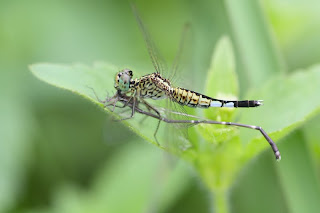 Here is a young female, I managed to capture at Nam Nao recently. 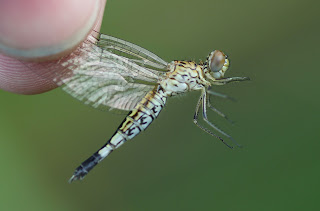 You can see this species throughout the country and it seems most common in the cool season (Dec-Mar). It is very difficult to get close to and flies away at the slightest movement. The females are slightly more forgiving than the males, but it's worth the effort, because it really is a good-looking dragonfly.