A very common species of dragonfly that likes to perch on branches at the edge of forests and woods, is Potomarcha congener. I have seen this species all over Thailand, from the trees at the school where I work to the top of Phu Kradeung, which really surprised me. They seem to able to adapt in order to thrive anywhere.

The male
The adult male is easy to identify because of its pruinosed thorax and distinct yellow and black markings on the abdomen. 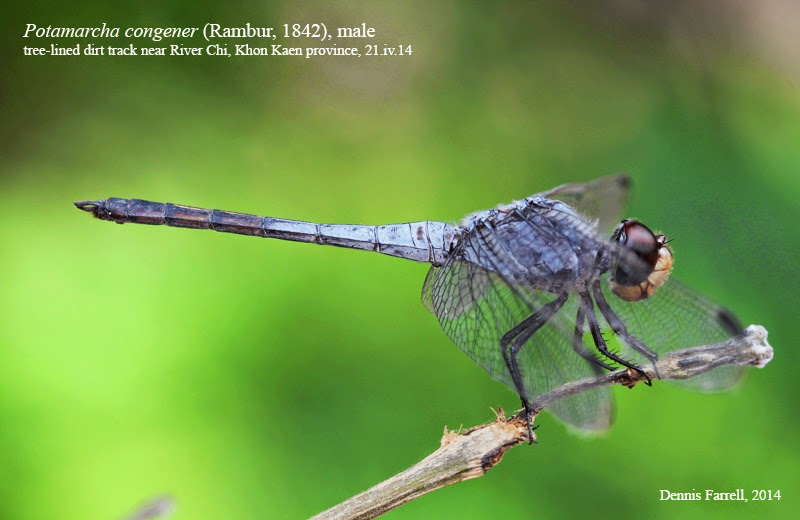 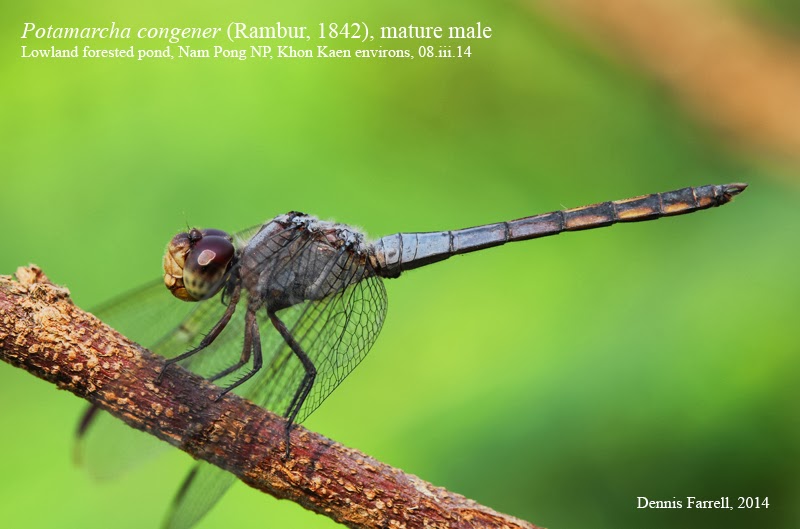 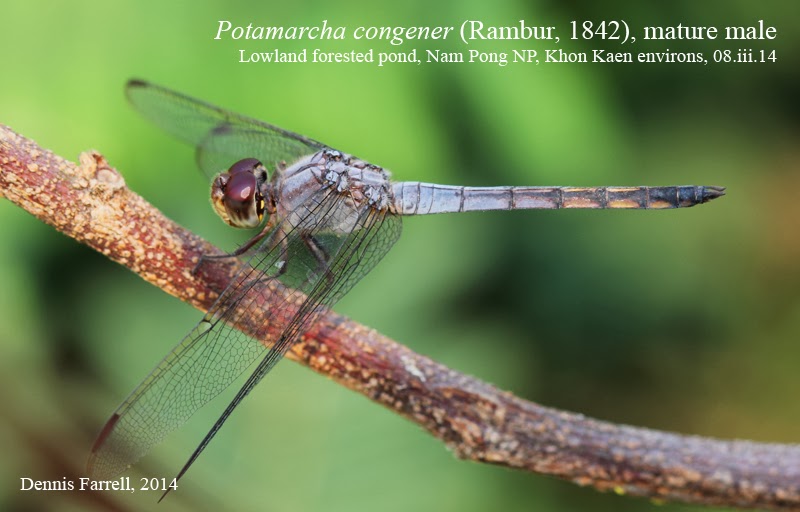 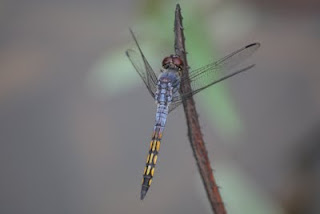 This male is slightly more pruinose... 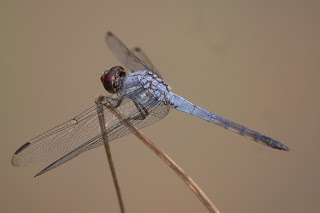 The sub-adult male
The young male is more like the female as it has not yet become pruinosed. 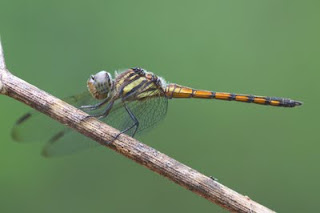 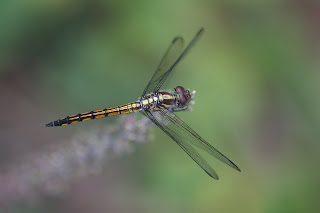 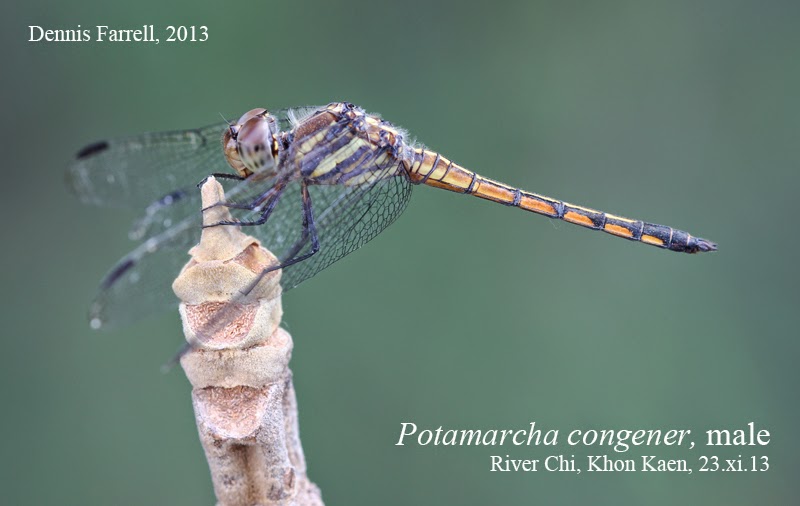 The female
The female is more difficult to identify as it is very similar to other species, especially Lathrecista asiatica. I saw lots of these species co-habiting when I visited Phu Wiang National Park, Khon Kaen last October. The markings on the abdomen is the easiest way to tell them apart, as well as the prominent black appendages. 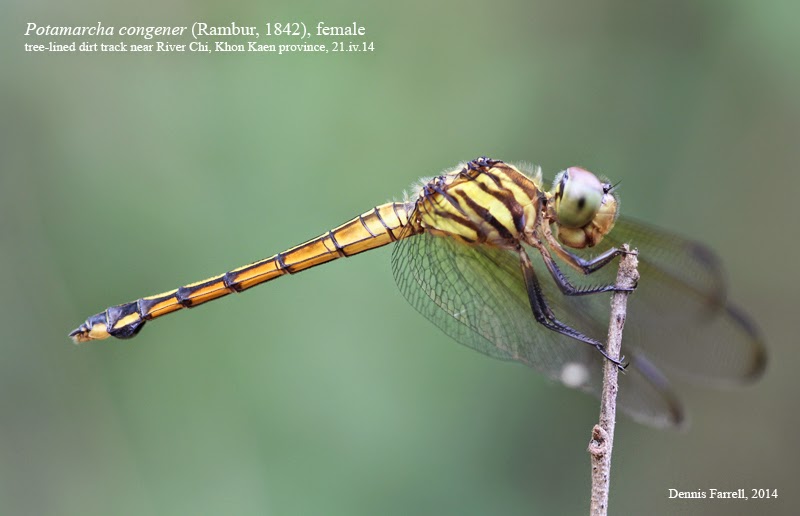 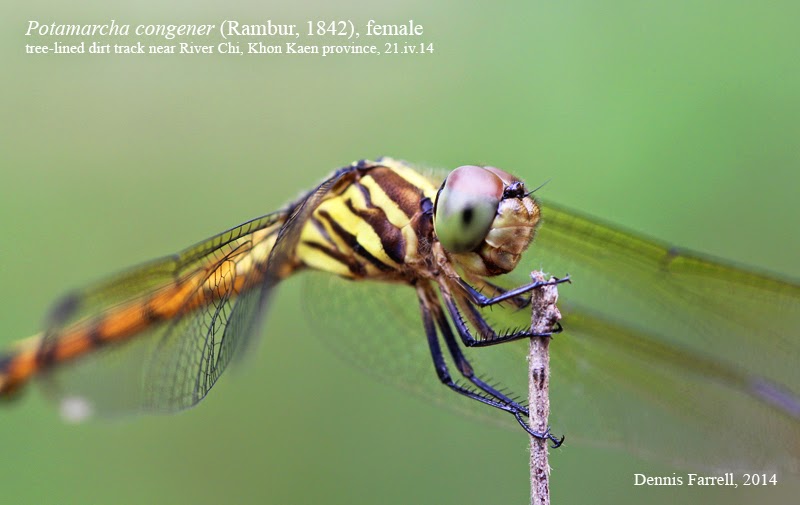 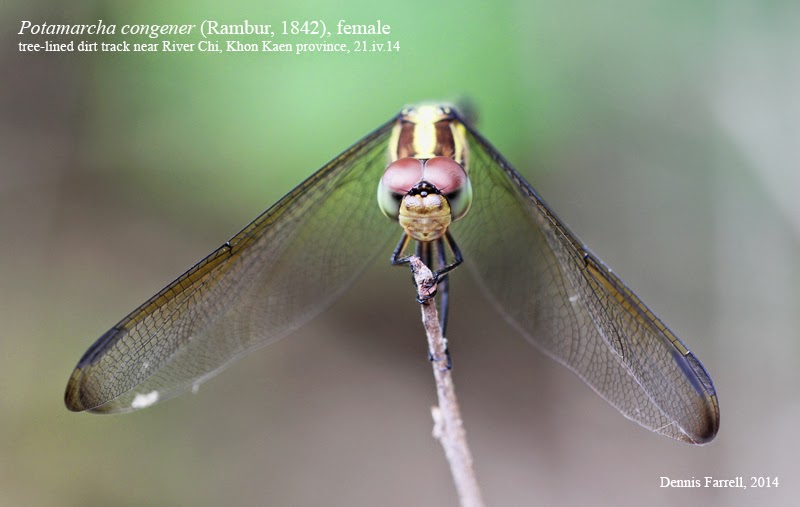 Posted by Dennis Farrell at 9:27 PM