A widespread species from the Libellulidae family that I have seen many times, but really struggled to get good photos of, is Pseudothemis jorina. It is instantly recognisable with its white band on the abdomen and white face. The rest of it is black. It also has minor black colouration to the base of the hindwings.
The male
The adult male is black with a white band on S1-3. The face is also white. The young males are more yellow than white. 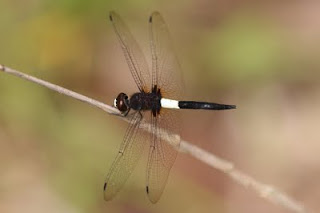 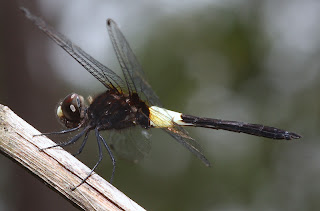 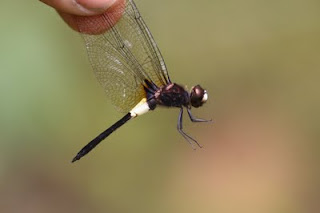 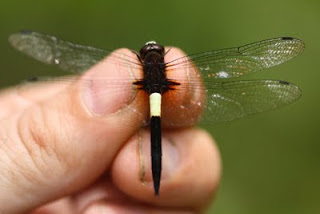 Fortunately (for me not the dragonfly), I saw a dead one when I visited a waterfall in Chiang Rai early one morning. The ants had just got to it, but I managed to get a good photo of it before it was devoured (if you look closely, you can see an ant at the terminal segments). 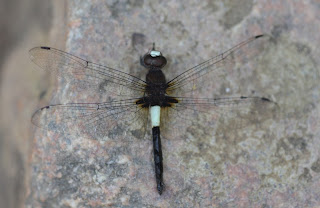 Male in flight
This was the best photo of a male before finding the dead one. They are rarely seen in Khon Kaen and the ones I have seen, never seem to land. 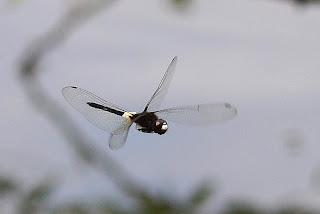 Teneral male
I finally found a teneral male hiding deep in some bushes at Nam Nao Helicopter Pad recently. It made me really happy to finally see one. It's similar to the male, but has a yellow band and is more of a brown colour. It will become white and black with age. 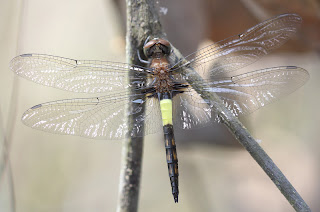 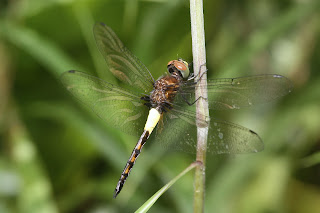 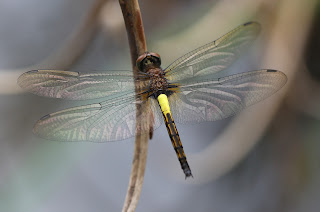 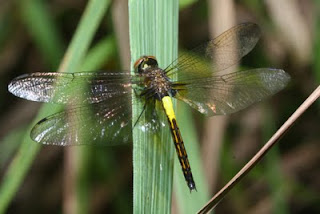 This teneral female was caught in a web ... fortunately for her, I spotted and released her (after a photograph, of course) 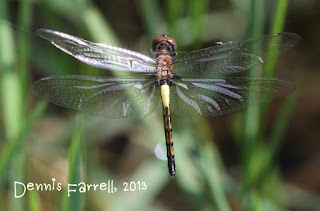 I managed to catch her carefully with my fingers and then carefully release her. 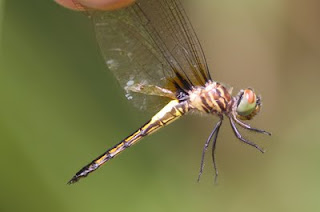 You can see this species at many, many locations throughout Thailand, especially established, weedy lakes and ponds, but the adults can be seriously difficult to get close to.
Posted by Dennis Farrell at 9:40 PM