A small but beautiful dragonfly I saw at Doi Inthanon, Chiang Mai, was Davidius fruhstorferi. I saw the male on a small number of occasions, but failed to spot the female. It is a very shy species and is ready to fly high up into the trees if frightened. I did managed to get some good photos though. I saw 3 males during the time I was there. 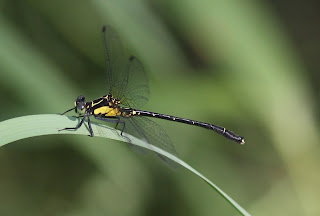 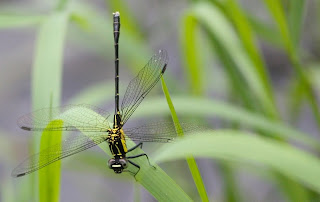 The teneral male
I was lucky enough to also spot a teneral male (newly hatched), also at Doi Inthanon. You can tell by the colours being dull and not formed, as well as the wings have a real sheen to them before they have developed properly. 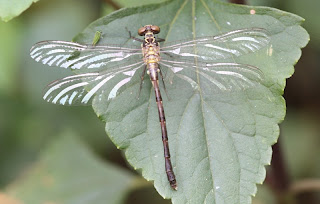 This species was identified thanks to Noppadon Makbun and I am led to believe that it is uncommon. I have only seen this species in Chiang Mai, at Doi Inthanon.
Posted by Dennis Farrell at 9:48 PM