I have now added all the species I have photographed so far (except for Pseudagrion australasiae which I do have photos, but the are very poor and will wait for better examples). However, there are a few species that I haven't yet identified and hopefully anyone looking at this blog may be able to help. I have sent the images to Noppadon Makbun but he hasn't been successful, though I thank him so much for his unrelenting patience with my questions and thirst for knowledge about odonata!
Here are the species I can't identify. If you know, please comment on my blog or email me thaiodonata@gmail.com
1. Aciagrion sp. (location: Phu Kradeung National Park, 17/10/08)
This damselfly from the Aciagrion genus I thought was A. occidentale. It was only when I looked at the markings on the end segments that I realised it may be an undescribed sub-species.


Oleg Kosterin commented: "The marking in your Aciagrion is curious indeed (isn't it a female?) but I would not exclude an aberration of A. borneense" He could well be right... even it being a female! 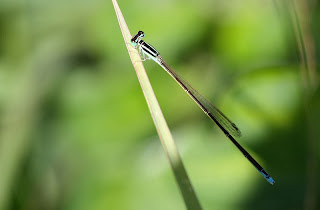 2. Species unknown (location: Huay Kaew Waterfall, Chiang Mai, 29/03/2010)
I saw this dragonfly floating in the river at the base of the waterfall where all the kids swim. I have no idea what it is, especially as it is partly decomposed. Probably in too bad a condition to ID. 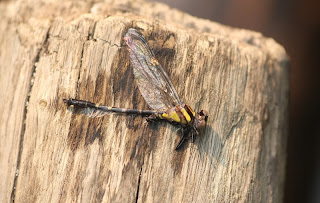 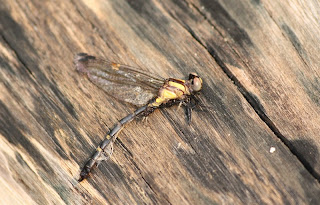 If you could help with identification in any way that would be great.
Posted by Dennis Farrell at 10:32 PM