When I first starting taking photos of dragonflies, this was one of the first species that excited me. Mainly because, even though I had look through many websites etc. for identification, this was one I had never seen. Eventually, it worked out to be Aethriamanta aethra, which is actually supposed to be quite common. However, I have seen lots of males, but very few females.

The mature male
The mature male is recognisable with its deep, royal blue colouring and strong black banding on the thorax. They also have a large black patch on the base of hind wings. They can often be seen dashing  around swampy areas battling with other dragonflies, especially on bright, hot days. 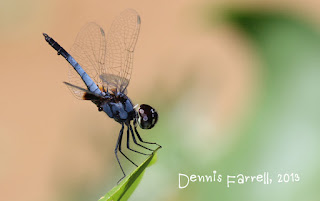 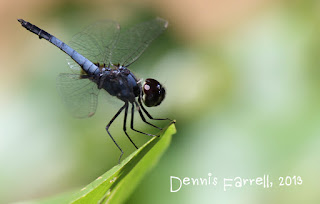 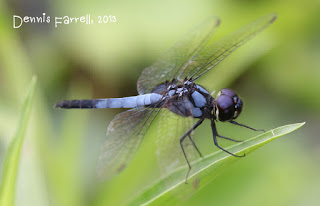 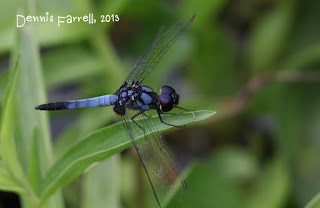 Lights, camera, action...
This could become a celebrity, amongst other odonate. I saw him sitting in the small feature pond in the garden of the monastery where Bruce Lee made his film debut, The Big Boss, in Pak Chong. He was in the pond where Bruce Lee throws his victims. This little fellow was constantly fighting with a male T. aurora, maybe in preparation for Bruce Lee's return ... Hmmm ... maybe not. 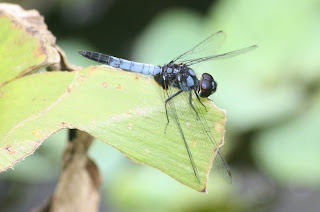 The maturing male
Thought the young males and the old males are fairly commonly seen, males at the interim stage are rarely seen. I suppose this one would be like a teenager! 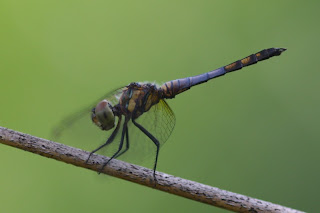 The young male
It is a small species and this is a typical pose. It is doing this in order to keep as much sun off its body as much as it can. Young males are sometimes spotted in the bright sunshine along with the mature males ... 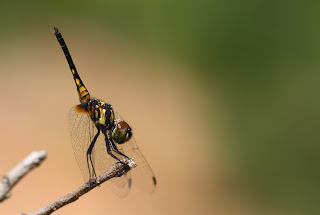 ... or found hiding deep in tree cover and away from the battling adults. 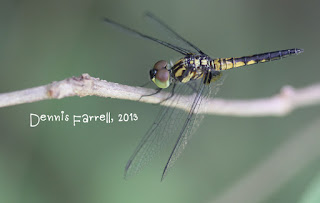 The female
The female is seldom seen. Probably as they often seem to perch a good distance from any water source, to keep away from annoying males. Fortunately, should you see one, they are fairly easy to approach and photograph. All these photos are uncropped. 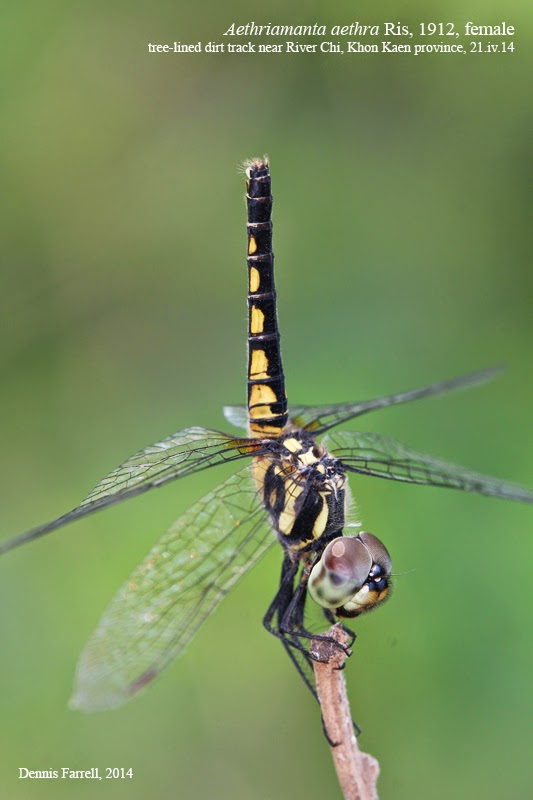 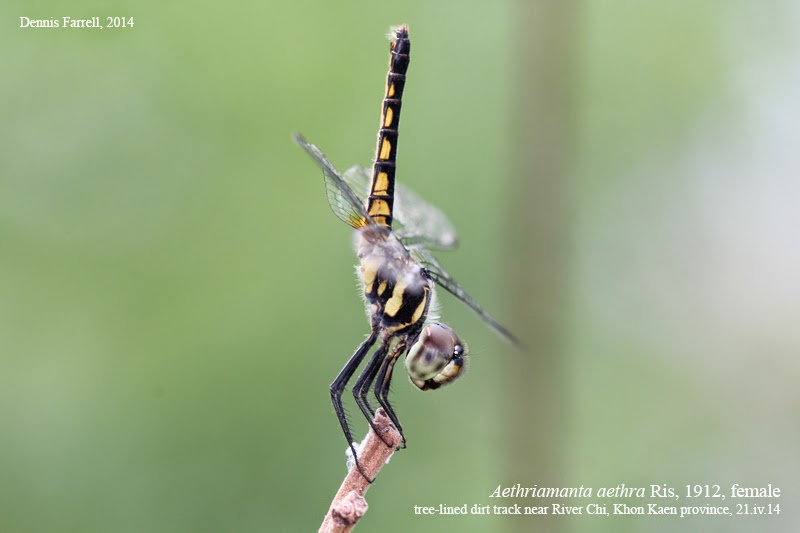 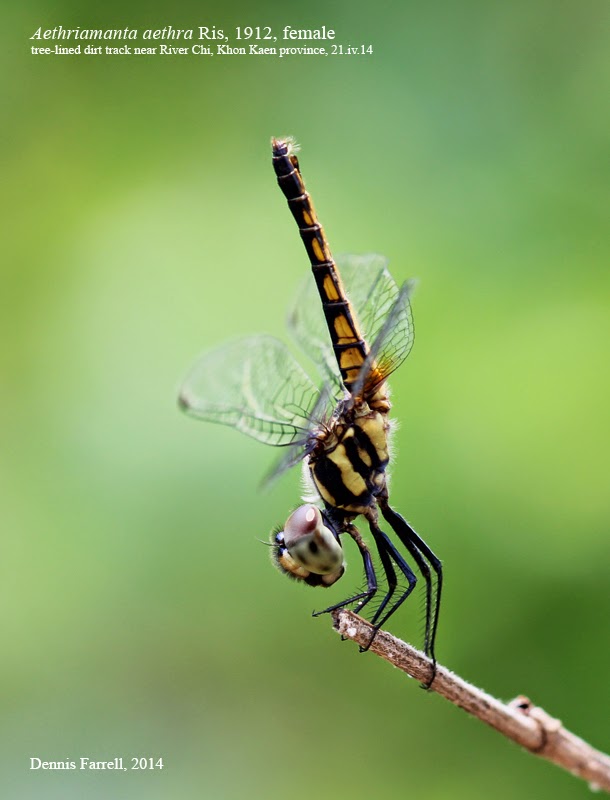 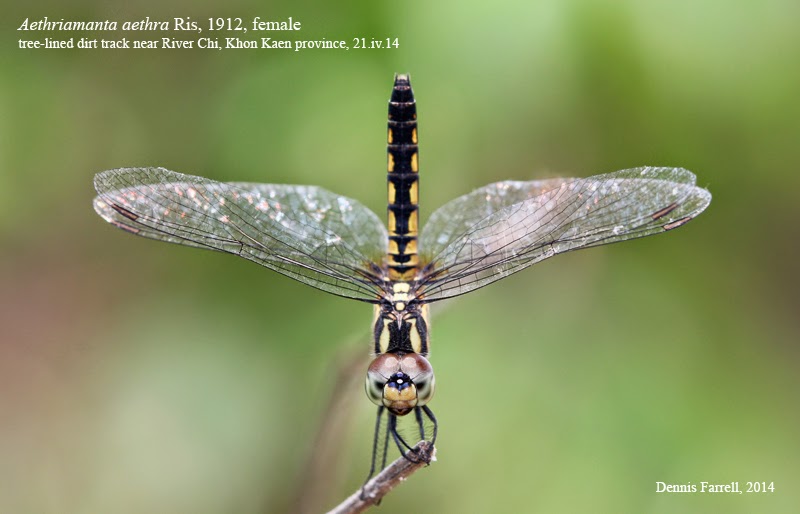 The mature female
This is a pruinosed female I saw in Mukdahan. 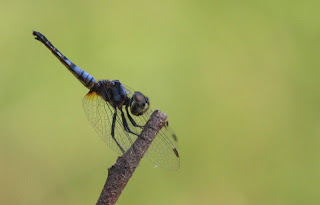 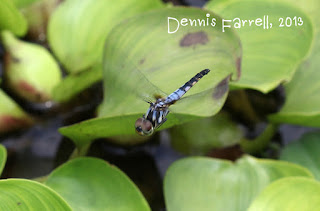 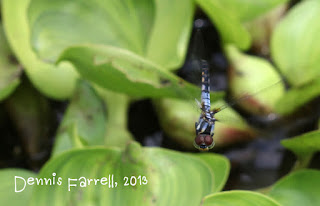 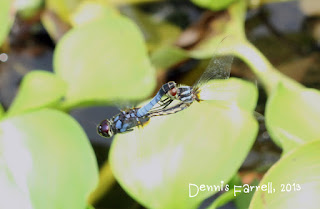 Posted by Dennis Farrell at 4:11 AM