Back in October 2010, I spent the day at Phu Wiang National Park, a place about 60 kms from Khon Kaen City. I intended to visit two of the three waterfalls there, but with such poor information in English and misguiding signposts, I ended up only getting to one of the waterfalls - and it was already 5pm and going dark. While I was searching the place (every sign took you to a dinosaur remain!) I did manage to see a few dragonflies and damselflies while I was there, as well as about 10 million butterflies. It was quite scary walking through millions of the things. Amazing sight really. After all that, I did manage to see something that I wasn't sure what it was... When I looked closer... a new species for me! Cratillia lineta calverti. A species I had never seen before. Since then I have seen many, many specimens on the edge of forests.

The male
The male has blue and yellow markings to the thorax as well as slight yellow markings on the abdomen. However, the key to identification for me is metallic blue colour to the thorax, dorsally. It almost looks like it's been sprayed on as it flew past a car body shop. 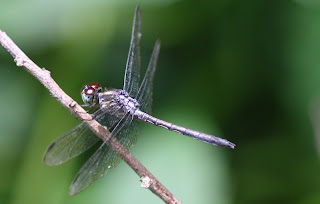 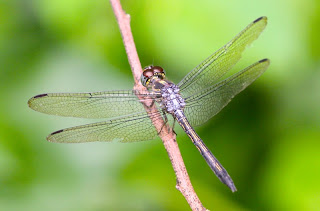 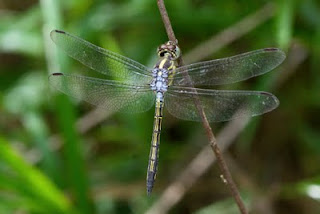 The sub-adult male
I was also lucky enough to see a young male of the same species that day. The most obvious was to tell this species from other similar ones, is the back to front "J" on the thorax, a little bit like a fish hook. This  male was well away from any water supply. 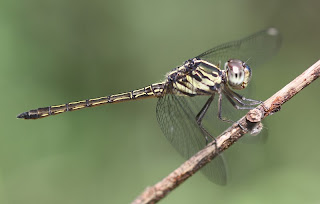 The female
This is my first half-decent photo of the female, which is identical to the young male. 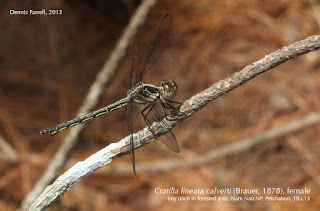 I also managed to photograph a very old female, while I was at a heavily swollen river, just outside Khao Yai NP. She looks quite old and has a lot of mud on the end of her abdomen, suggesting she has just finished ovipositing. Maybe the reason why I could get close. 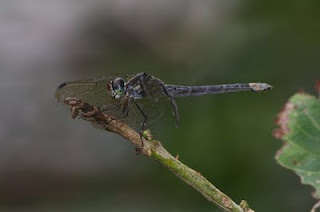 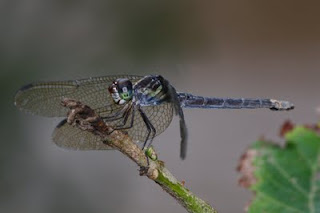 Posted by Dennis Farrell at 3:33 AM