A new species for me, I saw recently at Phu Kradeung. Unfortunately, they are not the best photos in the world, but you can still clearly see the shape and markings of the dragonfly. I was at Sat Anodat Pond and I noticed what I first thought was Zygonyx iris malayana. However, when I got closer I realised it was much smaller and the abdomen was completely different. Also, it was at a pond and nowhere near a waterfall where I always see that species. I sent the photos to Noppadon Makbun and he identified the species as Hemicordulia tenera, though it was later pointed out that it wasn't that species and was currently being described.
Since my post, this has been separated as Hemicordulia tenera donnellyi, a rather long, but very nice title.

The male
The abdomen is key to IDing this species. From S-5 it bulges out and also has unique markings. The caudal appendages are also different (see last 2 photos). 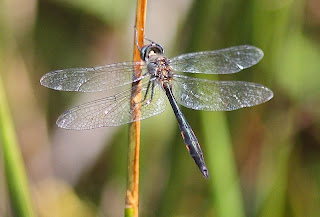 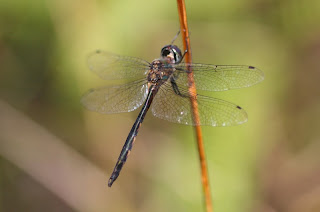 Close-up of abdomen dorsally and again side view. 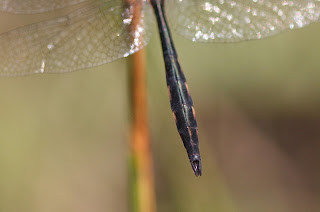 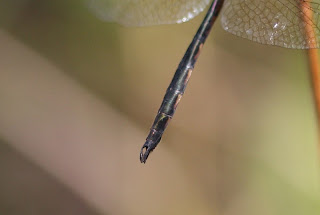 At Phu Rua NP, I saw a number of males flying continually for extremely long periods to protect their territory (usually an opening in the tree canopy). No idea when or where they rested. I managed to get a couple of half-decent shots, though the lighting was all over the place. 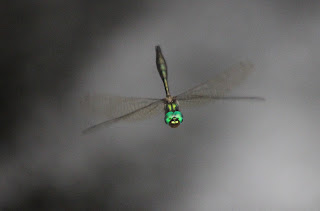 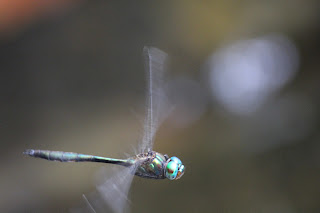 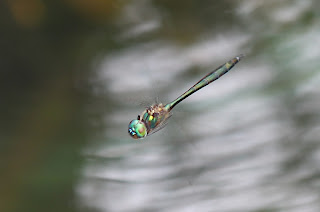 I hope to see this species again one day and will try to improve the photos as well as see the female.
Posted by Dennis Farrell at 10:00 PM