A medium-sized damselfly I have seen in Chiang Mai, Chantaburi, Kanchanaburi and as far east as Petchabun, is Pseudagrion pruinosum.

The male
The male is instantly recognisable, with its orange face and heavily pruinosed thorax. If spotted, I tend to only see it in small numbers.

This is the most 'eastern' male I have seen, spotted recently in Petchabun. It was a solitary male that I spotted, so is obviously uncommon in the area. 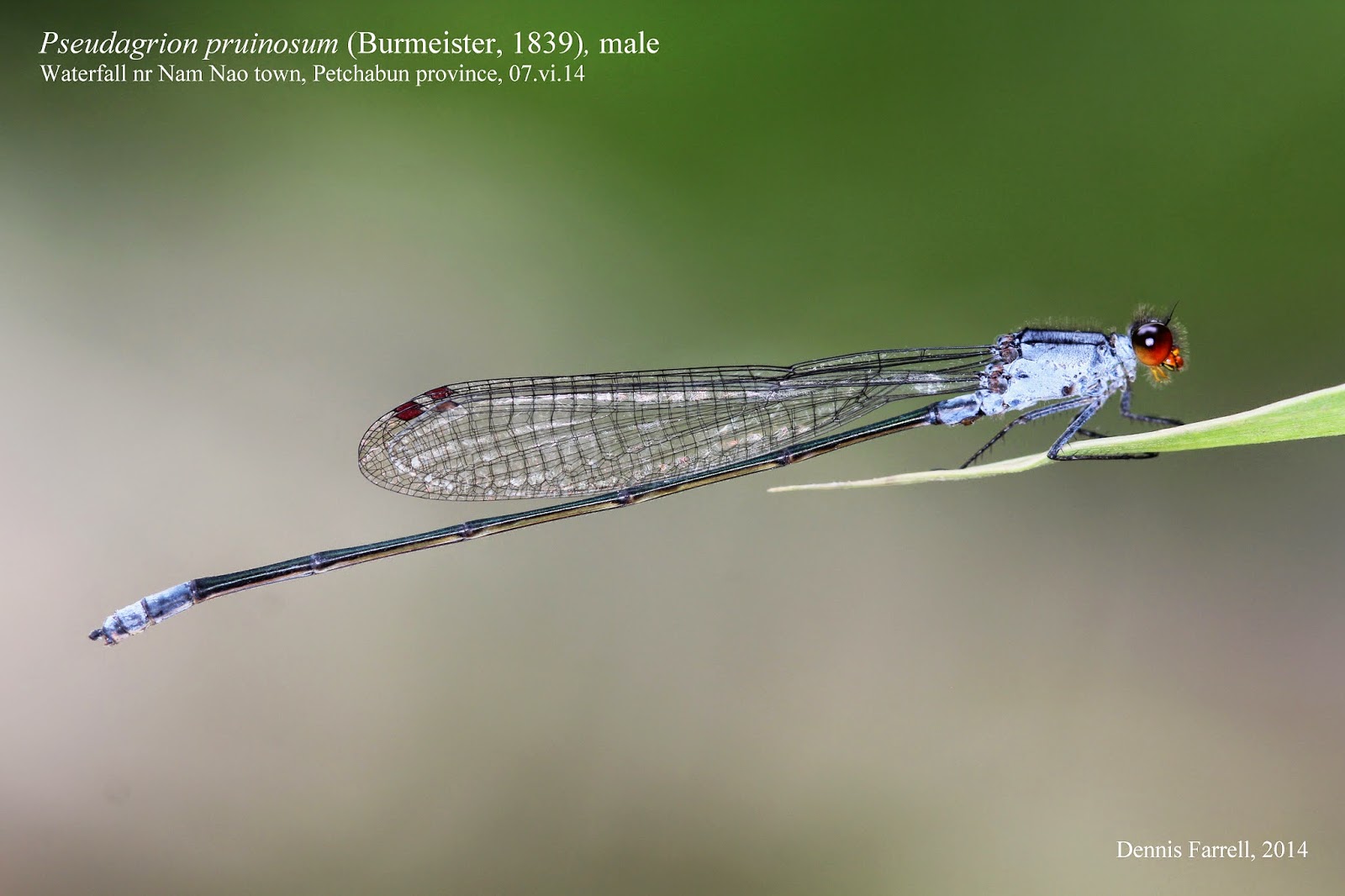 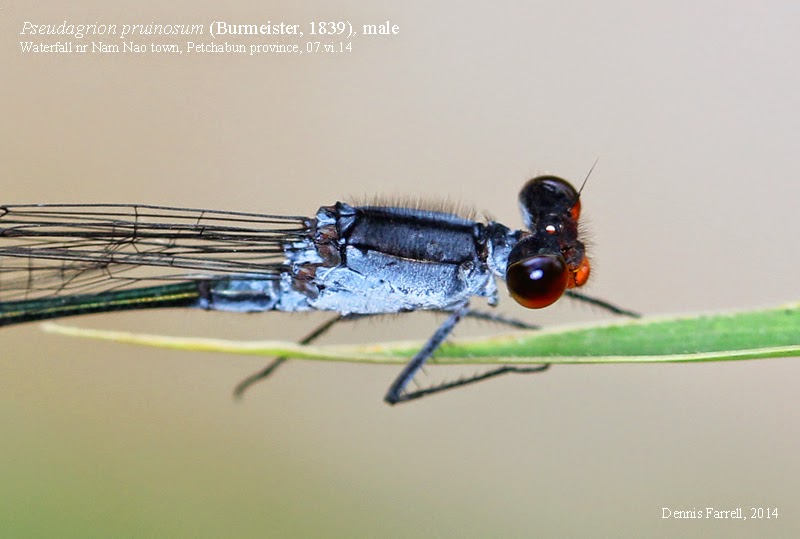 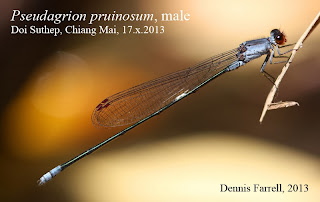 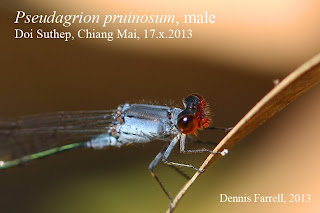 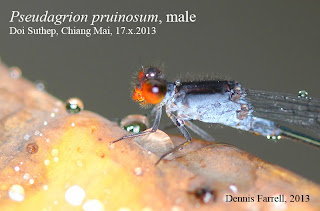 Close up of a younger male and is more of a blueish colour. 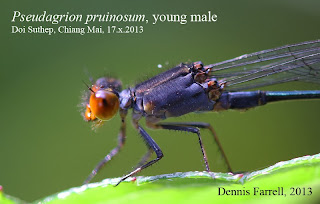 The female
Like many species I have seen over the three years I have been looking on and off for odonata, the female Pseudagrion pruinosum has proved to be tough to find and I have only spotted the female once in Chiang Mai. Worse still, when I returned home I noticed that the shot was slightly blurred. Never mind, I'm sure I will be able to add a better one soon. 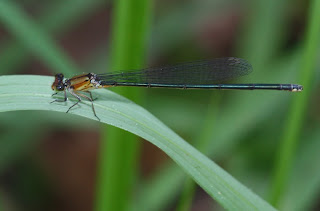 Posted by Dennis Farrell at 6:08 PM