The male
The male is easy to spot with its bright yellow legs and end segments that are white. Its caudal appendages are also large. 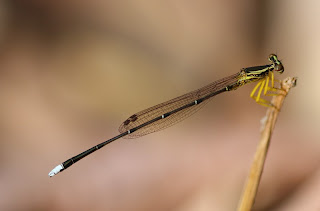 Not quite fully mature ... 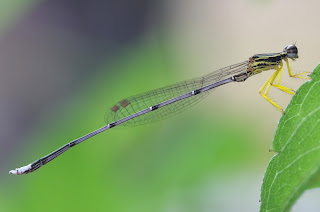 The teneral male
Another common sight is that of the teneral male, also known as the "ghost" phase. It has all the hallmarks of the male, but is almost white in colour. 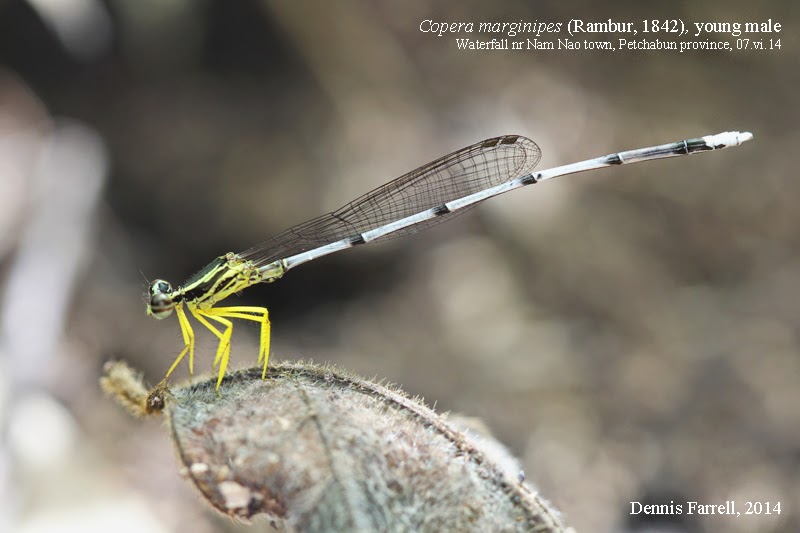 The mature female
The female is almost identical to that of the mature male, though I don't see the female all that often at this stage. 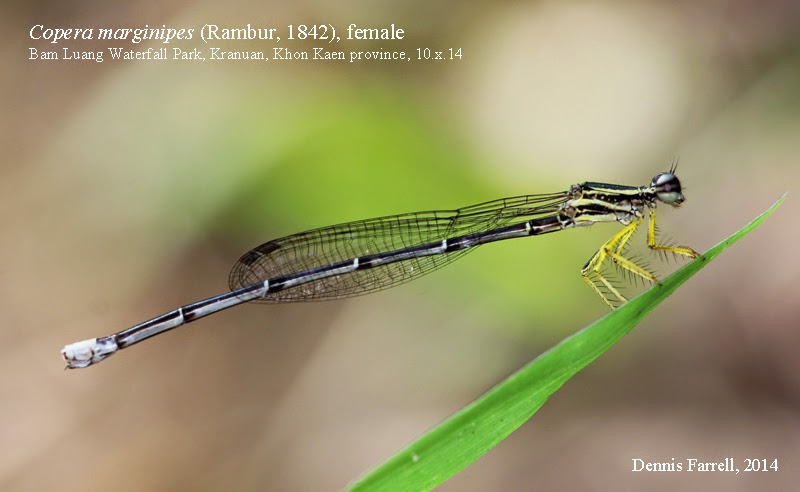 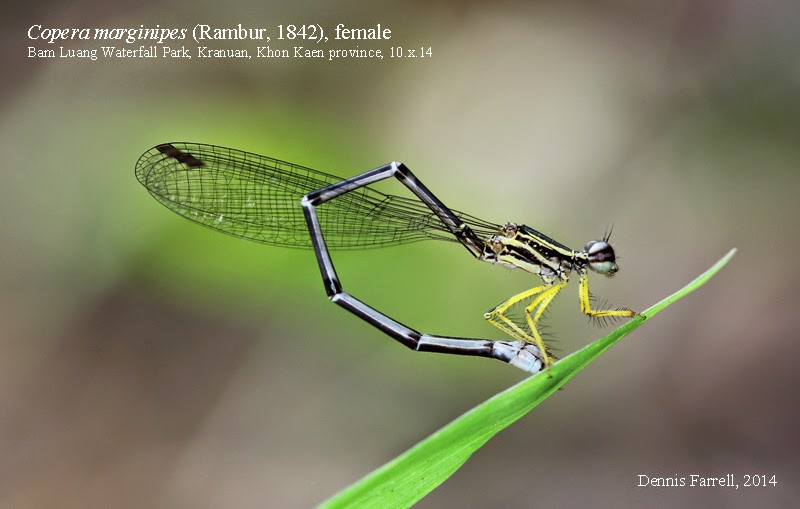 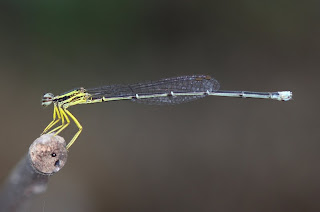 The 'mid-stage' female
This stage of female is more difficult to spot as it is very dull in colour. You have to look quite hard to find it. Here you can see it blends in perfectly with the background. 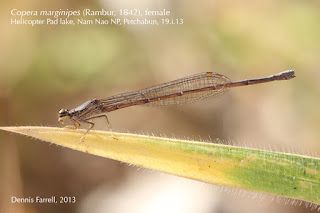 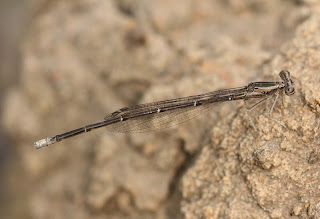 The teneral female
As with the male, the teneral female also has a "ghost" form. At certain times of the year, you can spot many of these 'floating around' in the undergrowth, disturbed as you pass them by. 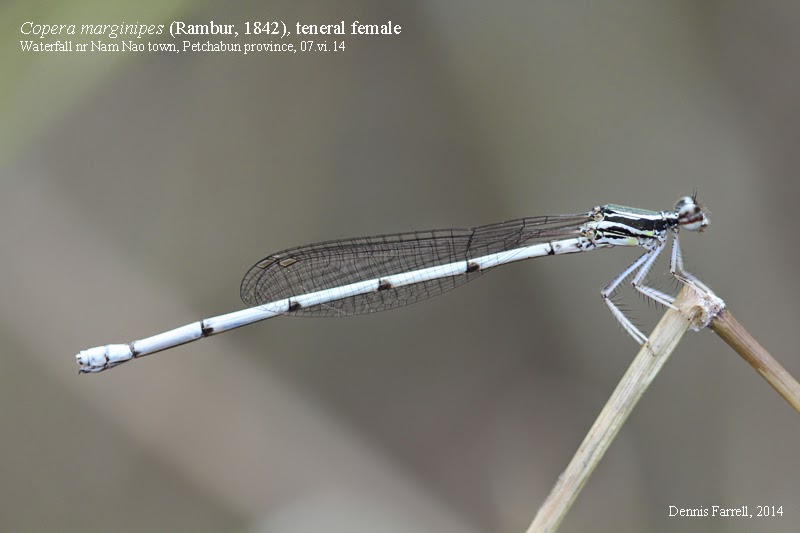 Love is in the air...
This copula, or "wheel" as it is also known, displays the perfect love symbol... the heart. 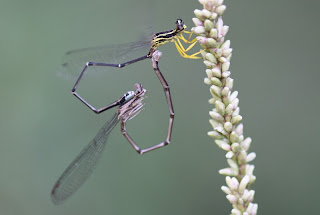 Oviposition ...
Often seen, but difficult to photograph, especially as they oviposit really low down at the edges of  slow-moving streams/ponds 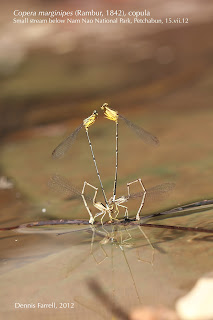 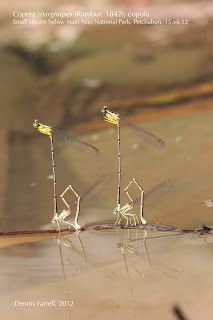 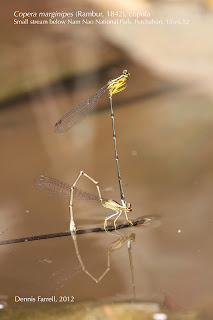 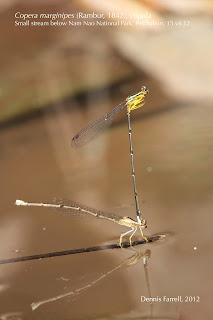 You can see this species all year round at many places, such as ponds, lakes and other weedy areas. They are quite shy but you should be able to photograph them if you are cautious enough.
Posted by Dennis Farrell at 9:29 PM