An uncommon species that I saw very briefly, was when I visited Ob Khan National Park, just outside Chiang Mai, back in April 2010. I saw a large dragonfly resting underneath a gorge cut out by the river. It was high up and in a dark area. I took one photo (the one below) and the flash was enough for it to vanish quickly. I have never seen another one since. I sent the photo to Noppadon Makbun who identified it as a female Tetracanthagyna waterhousei. 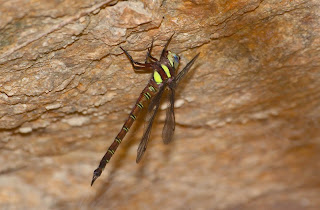 More recently, I saw another female at Nam Nao environs, caught in a spider's web under a small man-made tunnel with a tiny stream/seepage running through it. I pulled the dragonfly out and carefully tried to put it back together but it was extremely fragile.
This specimen has been confirmed by Noppadon Makbun and Mapor. Thanks for the information. 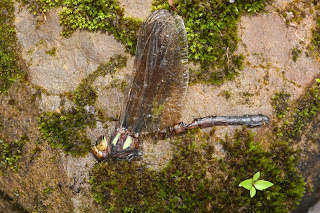 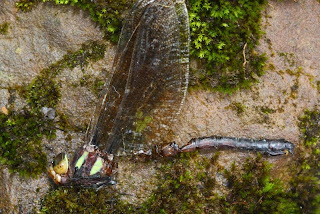 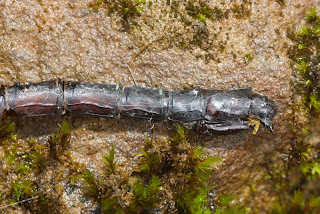 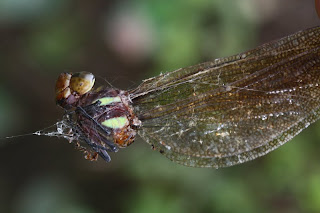 Posted by Dennis Farrell at 9:35 PM