Well, I hadn't been out for around seven months and, being on the cusp of another dragon season, I though it was time to dust off my camera and see what was around. This year, I am planning on getting further away from the local places to try and push my species list a little more. This, hopefully, will include the south at some point this month.

Anyway, just to make sure that all my equipment still worked, I made the usual two-hour trip to Phu Khieo. I was hoping to spot the elusive Philoganga loringae... and failed as usual. It has been spotted there but it is either incredibly rare or simply not present anymore. "Not there" was the theme of the day. So much so that I actually took more photos of non dragons.

In terms of dragonflies, there really wasn't anything to write home about (or blog about). Everything was thin on the ground and many species were simply not present yet. I went early April last year and it was bursting with life. This year... nothing.

Orolestes octomaculatus was fairly abundant at a few ponds and has completed my sightings... it is around for the whole year at Phu Khieo. Ceriagrion praetermissum was abundant as were a few other common species that tend to be far scarcer later in the year. And that really was it. Still, my camera is in shipshape condition and I am ready to go... watch this space.

Photos of the day:

Ceriagrion praetermissum, male. Common at many ponds at this time of year. However, it is small and quite difficult to get decent photos... this one was very accommodating. 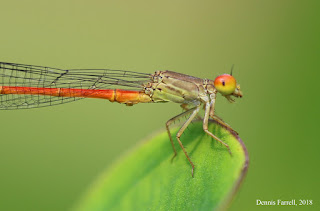 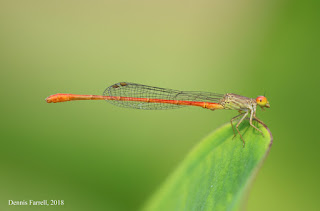 Orolestes octomaculatus, male. You can see me any time of the year at PK! 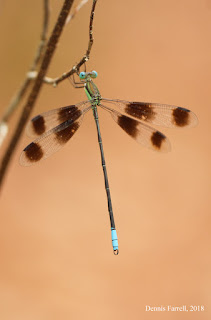 Urothemis signata signata, male. Very common but I just really like this species. 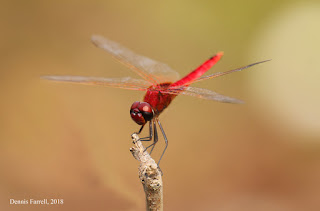 Coeliccia didyma, male. Loves dark areas and is extremely skittish... this one came out OK. 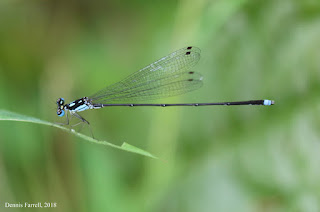 Copera vittata vittata, male. Another very common species but a nightmare to photograph. Loves dingy shallow stream areas and prefers to be low down near the muddy bits... and it is brown! All of this makes it too easy to give up on it and think "Next time!" Not perfect but I think my best yet. 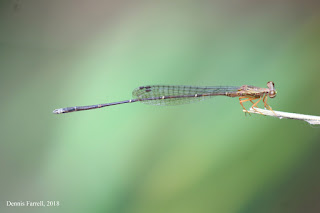 And... just to pad out my photography... some other stuff.

A small but beautiful bird I often see, the Red-whiskered bulbul. This one was really close taken with my 180mm lens. 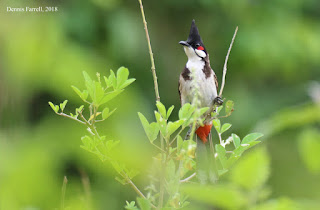 The Black-spotted labyrinth (Neope muirheadii). Certainly not rare, but it's the first time I have seem it--very shy indeed. 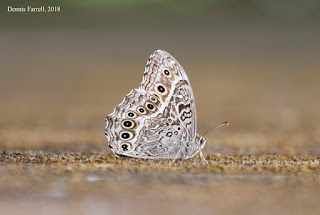 Playing dead: the Dark-sided frog (Sylvirana nigrovittata) This one leaped out of the water and stayed in this position for about five minutes. I even turned him over with a stick and he still didn't react. A couple of minutes later, he was gone. ID with thanks by Herp Guide Parinya (Siamensis Facebook) 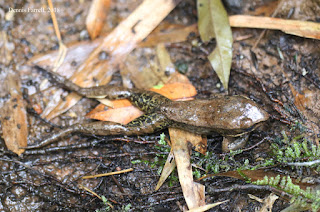 A cool web with a large frond as a backdrop... how awesome is nature? 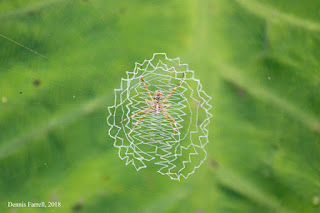 Mirror image. A pair of daytime moths (not sure of the species) mating. 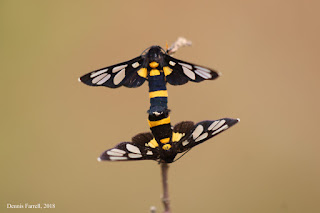 Probably highlight of the day... very common sight. These deer are everywhere. However, it was a first for me to catch a glimpse of a fawn feeding from his mum. Awww. 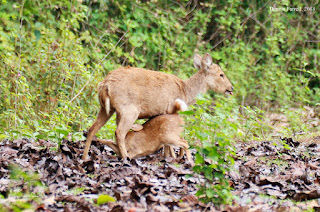 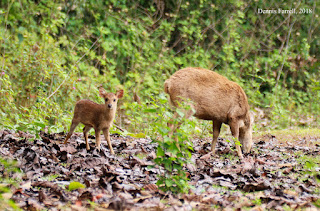 Next trip: Not sure (but hopefully a lot of dragonfly shots this time round).

Posted by Dennis Farrell at 7:56 AM No comments: