A tiny damselfly that is supposed to be uncommon, but I have seen quite a few times, is Mortonagrion aborense.

The male
As it is a tiny species, it is often easy to overlook. However, its bright blue/green stripes on its thorax and the blue end segments, help it to stand out. It also has distinctive markings along the abdomen.

Here is a male I saw at Phu Kradeung NP, which has green hues to the thorax. 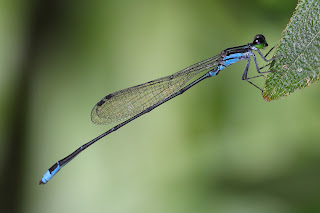 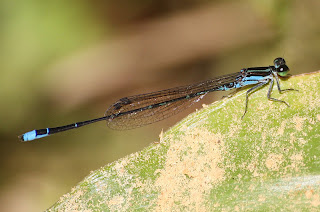 This mature male I saw at Nam Nao NP. 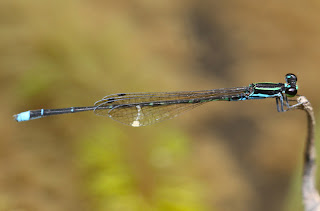 And this all-blue fellow, I saw in Chiang Mai. 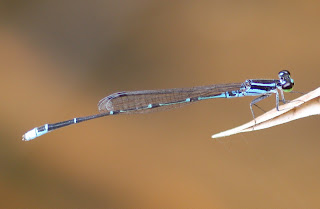 Newly emerged male
This male I saw at Nam Nao NP is probably only a few hours old. However, you can still make out the thoracic markings. 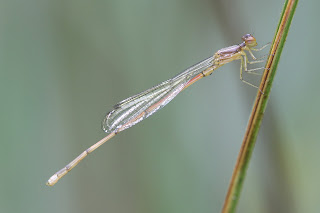 The female
Though I have spotted the male fairly frequently, the female I have only seen on a small number of occasions. It is similar to the male, but lighter in colour and the markings on the abdomen are slightly different. Like many species, the female changes colour as it ages, from reddish to blue. 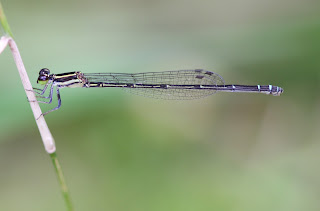 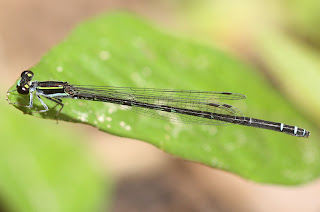 This female is all blue (hasn't developed the green hues yet), I saw in Chiang Mai. 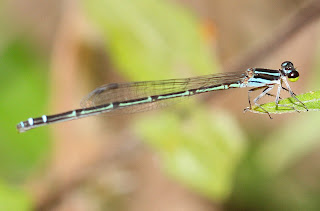 This is a very young specimen I saw at Nam Nao NP. 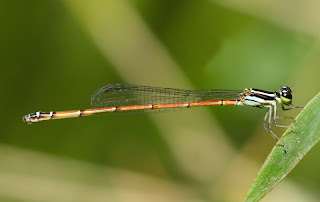 The Copula
At last, I have managed to spot a copula. It was the first time I spotted this species at Phu Khieo and it turned out to be a copula to boot. 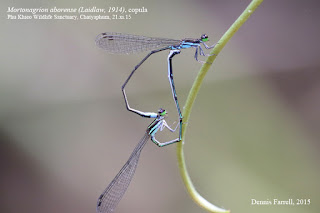 Posted by Dennis Farrell at 5:57 PM