Another extremely common dragonfly for Khon Kaen and the whole of Thailand for that matter, is Crocothemis servilia servilia. Everywhere you go, you are sure to bump into one or two of this species. From ditches to ponds, lakes to baron wasteland, you'll find these. Yet, even though they are so common, I think the male can look rather dapper sporting his bright red body from head to the tip of its abdomen.

The male
The fully adult male is bright red and has a black stripe that runs the length of its abdomen. It can be confused with other species, but that stripe makes life easier to identify them. 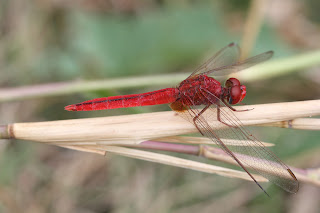 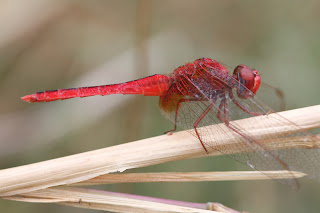 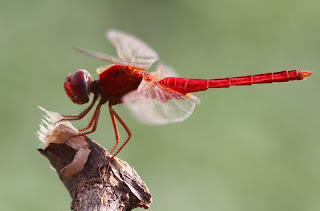 The sub-adult male
This is the in-between stage, where it goes a kind of orange colour. The abdomen stripe is highlighted well here. Males at this stage are scarcely seen. 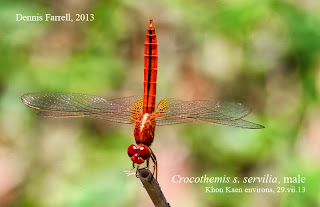 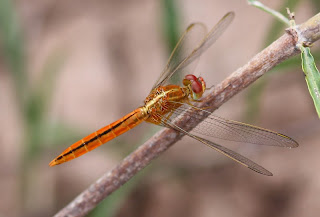 The young male
The younger males are yellow and they are very difficult to tell apart from the females (I thought this was a female for over a year!) 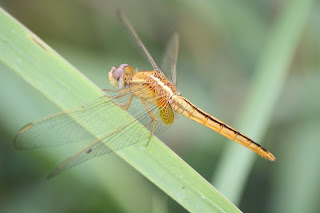 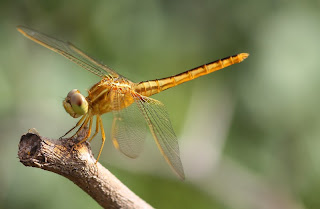 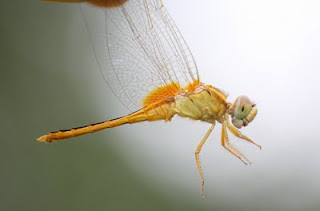 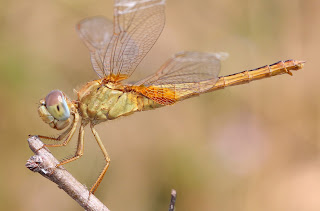 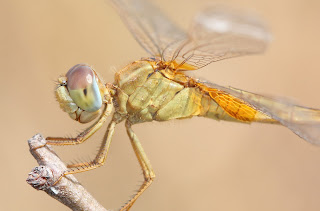 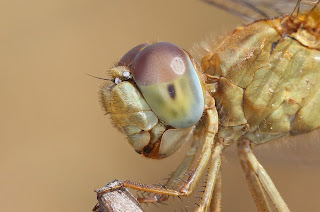 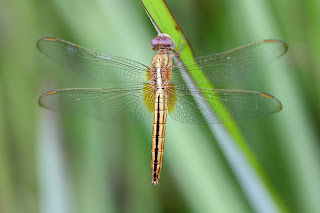 If you want to take photographs of dragonflies or damselflies in Thailand, this is surely one of the first species you will come across, though they can sometimes be a little tricky to get close to, especially the females.
Posted by Dennis Farrell at 3:52 AM