Back in April 2010, I was in Chiang Mai and saw a good-sized dragonfly hovering high up and way out of reach to take a photo. Every waterfall I visited, I came across one or two specimens of the same species flying high up and over the waterfalls. Eventually, early one morning at Doi Suthep, I saw what looked like the same species resting in a dimly lit area under cover. I realised it was Zygonyx iris malayana. Since then, I have spotted this species at almost every waterfall I have visited. To the extreme that, should you see a decent-sized dragonfly circling above a large waterfall, there's a very good chance its this species.

The male
The adult male is very dark in colour, but has yellow markings along the abdomen. 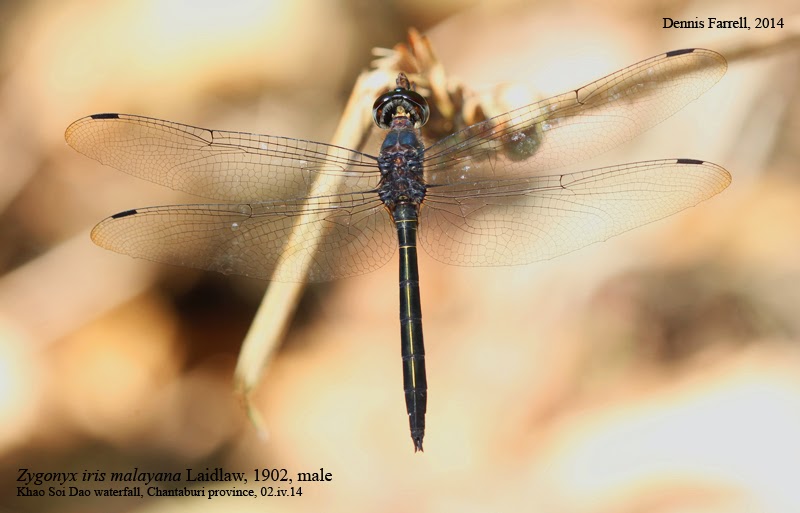 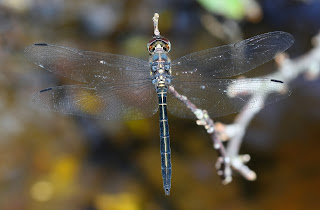 A 'very mature' male...
This one is almost black and is very old indeed. This photo gives a good idea of size. 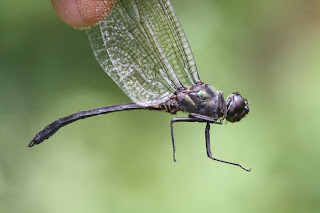 He still has his shiny metallic face, though. 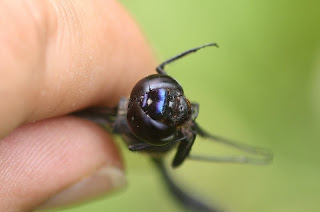 The sub-adult male
The young adult male is very dark in colour, but has yellow markings along the abdomen and thorax. This will eventually turn a dark blue/purple colour as above. 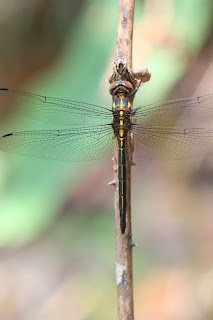 Another sub-adult male
This photo shows the markings on the thorax. 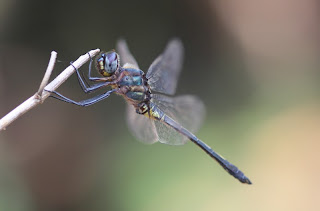 The female
Although I had spotted two males perching, I still hadn't been able to spot a female that had landed. Luckily for me (and the dragonfly) I noticed one had got caught up, half in a web, half underwater. I pick it out and noticed it was a female. I took a few photos and let her go... off she went completely unharmed, but I had managed to get both the male and the female!!! 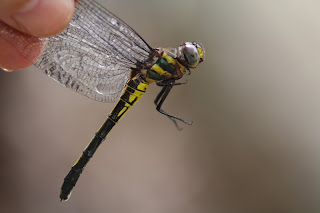 Another female I managed to catch with my fingers @ Nang Rong Waterfall, Nakhorn Nayok 28/03/2011. This one is dry! 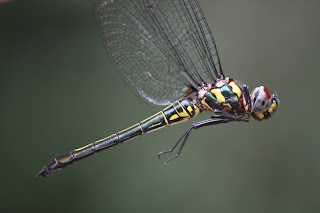 Flying high...
This female was being rather inquisitive and I managed to get a fairly good shot of it in flight. 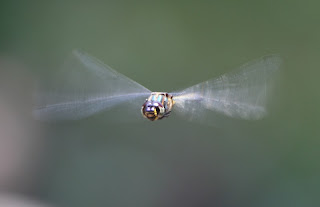 A copula
This was a fairly common sight. What's more, you heard them before you saw them. The male would swoop down and there would be a battle before the male beat the female into submission. They would then fly around like this for long periods. 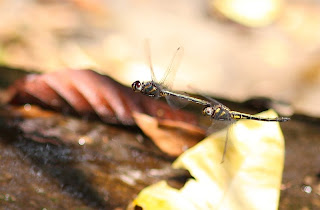 Oviposting...
While still in flight, the tandem would swoop down and the appendages of the female would brush lightly against the rocks in extremely shallow water to release an egg. This would continue for long periods. 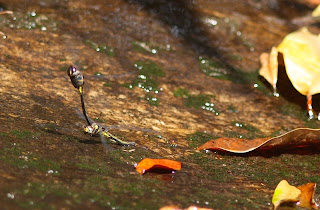 I have seen this species all around Chiang Mai, Chiang Rai, Kanchanaburi, Chantaburi, Nakhon Nayok, Nam Nao NP, Koh Chang and Khao Yai and they are rather abundant. It is quite easy to spot them in flight, but you may have to wait around for some time before they decide to take a rest.
Posted by Dennis Farrell at 12:46 AM