The fourth and final species of the Copera genus found in Thailand, is Copera vittata vittata. It is commonly found along rivers and canal ways. The only problem is trying to get good photos of it, as it tends to perch virtually on the ground.  I am still trying to get better photos of the female. They are extremely skittish and love extremely dark areas, making photography extremely difficult.

The male
The male is fairly easy to recognise, because of its red legs and yellow and black markings to the thorax and the caudal appendages are quite large for this genus. 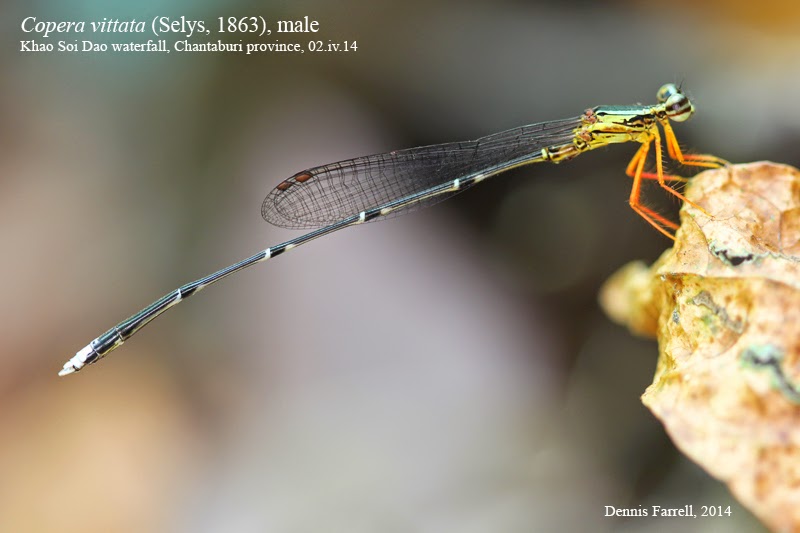 The female ...
The female is really difficult to spot, as it likes very dark areas and hangs closely to the floor. It took me many trips to even spot one and this is the best photo I have so far. I will post a better one when I manage to locate another female. 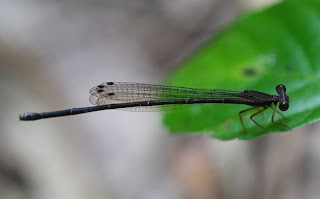 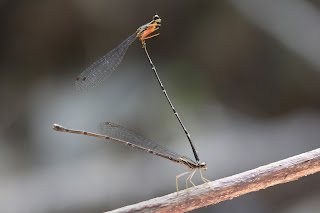 You can find this species throughout the country. But you have to have a keen eye to spot them, especially the females. So, now you can see ALL FOUR species of Copera on my blog!
Posted by Dennis Farrell at 9:45 PM