One species that has really annoyed me since I became interested in odonata, is Rhodothemis rufa. Whenever I have spotted one, it seems to fly away right at the last moment before I manage to get a good shot.

The male
It is often confused with Crocothemis servilia servilia, especially as they can be seen together, but Rhodothemis rufa doesn't have a black dorsal line along the abdomen.

Another difference is that this species likes to 'hang' vertically, whereas C. servilia sits in typical dragonfly fashion. 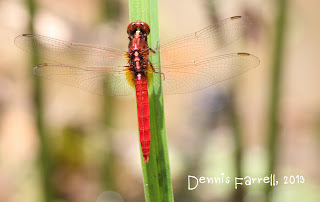 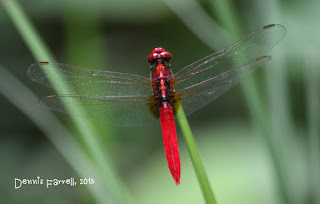 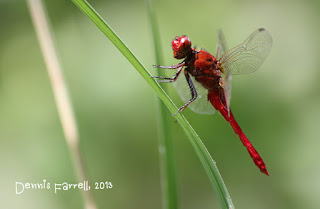 Another way to tell this species and Crocothemis servilia servilia apart, are the legs, which are black on this species. They tend to be redder on C. servilia. 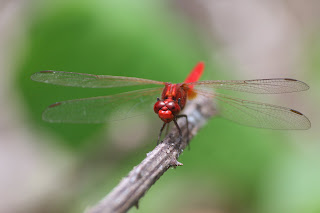 A young male ...
Upon my last visit to Nam Nao, I was fortunate enough to get close to a young male for the first time (now confirmed by Oleg). They start off similar to the female and become red over time. 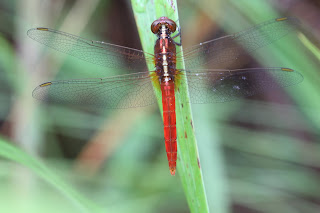 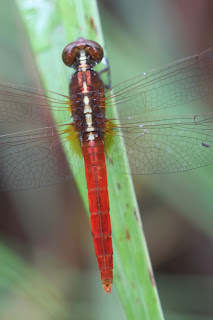 Teneral male in the hand with a very brown abdomen ... 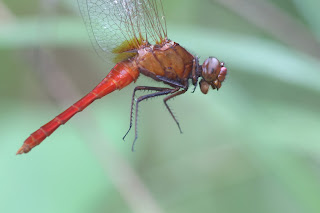 The female
The female is even more annoying than the male as it tends to stay high up in the tree canopies. However, at last I have managed to find a more accommodating female for the first time! 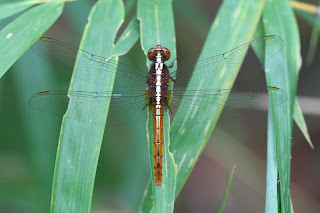 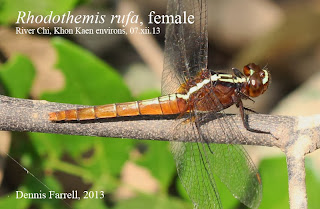 Rhodothemis rufa is widespread and fairly common (if you can pick them out amongst all the other common red species that will be battling for a seat at the best positioned stick or grass stem).
Posted by Dennis Farrell at 9:46 PM