A common dragonfly, I often spot at the edge of forests, is Neurothemis fulvia. It is easy to identify and if you see one, you should see a number of them at the same time.

The mature male
The male is sometimes red and sometimes brown, depending on age. The patterns on the wings make it easy to identify. They like to perch on branches and twigs near water, as well as a good distance away. This specimen, I saw in Chiang Mai, is more of a red colour. 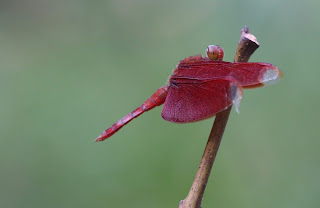 The young male
This male (younger than the one above), will eventually become more like the specimen above. 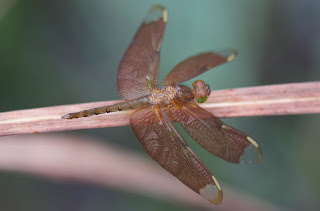 The oldest male in the world...???
I felt really sorry for this old guy and had to take a photo of him... he really does look like he's been in the wars and could tell his kids a story or two. 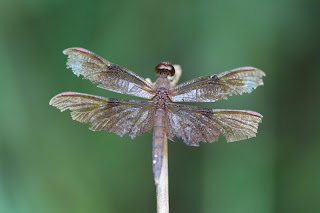 The female
The female is more interesting than the male, as it seems to have a number of shades of colour and depends on age. This one is more of a yellow colour and therefore young. 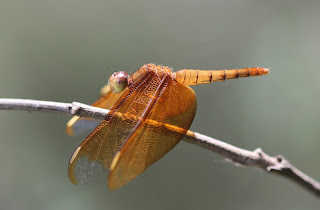 More females
The following two females I saw in Chiang Rai and have slightly different wing colours. I think they look great. 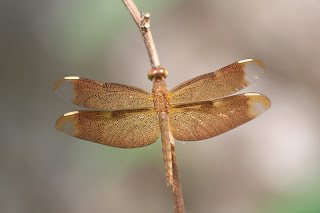 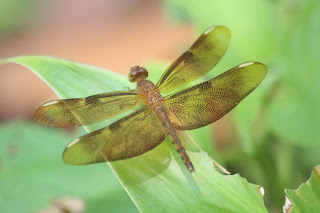 What are you looking at?
This female was very inquisitive and landed right above my head, looking at what I was doing (probably anyway). I think it has a look of Mick Jagger! 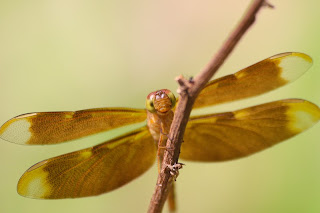 The mature (actually ancient) female
This female, I saw at Phu Wiang National Park, Khon Kaen. It was very old looking and when it flew you could hear it from a good distance. Not like other specimens that are very quiet. 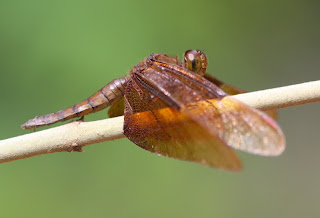