When I first visited Phu Kradeung National Park, Loei, in October 2008, I came across a Vestalis species that I didn't know what it was. I later worked out that it was a fairly rare montane species called Vestalaria smaragdina smaragdina.

The male
When I first visited the national park, I only saw two males, but as it was very early morning, I managed to get extremely close to one of them by wading carefully through Sat Gairo pond (and ended up with about 20 leeches on my legs, but it was worth it). The second image is uncropped, using a 105 mm Sigma Macro lens. The male is fairly easy to recognise as the bottom half of the thorax is yellow/white. The rest of it is a metallic green except for the white end segments. 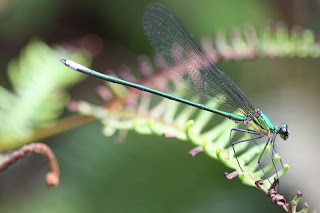 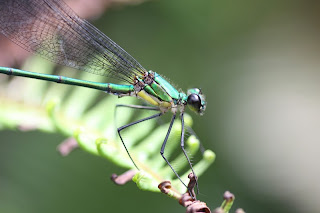 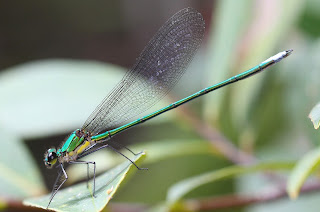 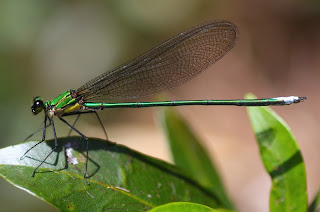 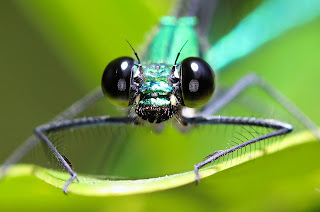 The end of the road...
As I walked along the pathway to Sat Anodat pond at first light, I noticed a male had be captured in a web and was being devoured by a spider. 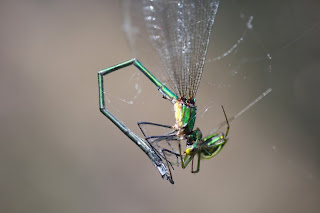 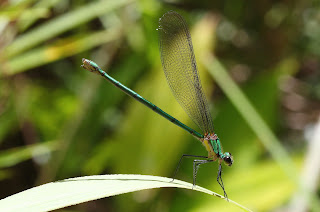 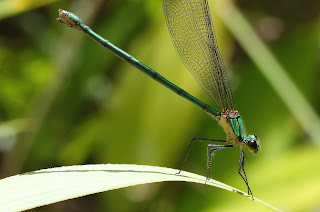 I recently visited Phu Rua NP, Loei province (04/09/11) and was lucky enough to see a small number of orange-winged males and females. They were very hard to get near, but a little persistence paid off.

Orange winged male
The same as its hyaline winged counterpart, except has bright orange wings. I must admit, I thought it was a different species (I never knew there was an orange winged version), until the ID was confirmed by Noppadon Makbun. 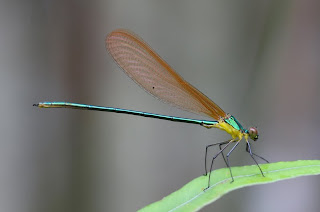 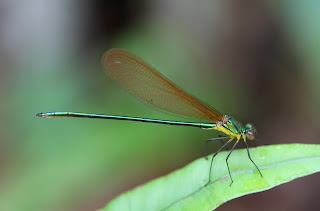 Orange winged female
The female is similar to that of the male. 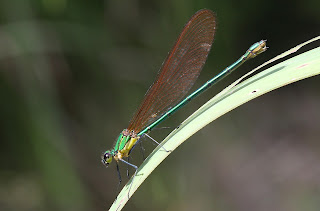 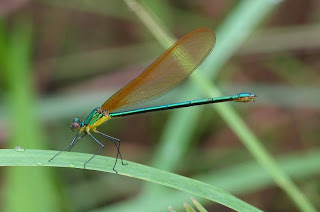 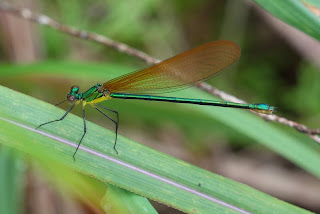 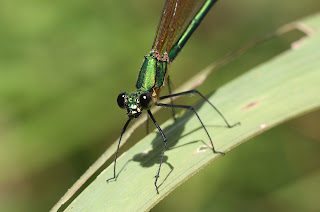 Orange-winged female in the hand 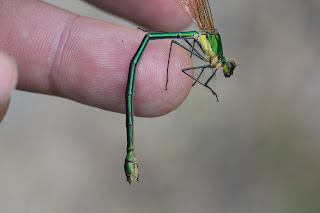 Many thanks to Noppadon Makbun regarding the re-classification of this species from Vestalis to Vestalaria.
Posted by Dennis Farrell at 11:58 PM