When I was in Bangkok about 3 1/2 years ago, I spotted a small black damselfly and had no idea what it was. A year later I possibly spotted the same species at a tiny pond overgrown by weeds just outside Khon Kaen. I managed to take a photo of the male and it was identified by Noppadon Makbun as Onychargia atrocyana. I returned to the same pond and managed to get photos of the species at all stages.

I have recently spotted a rare male with white pruinescence, which looks great (see entry). 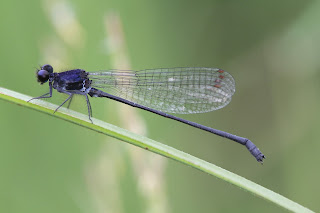 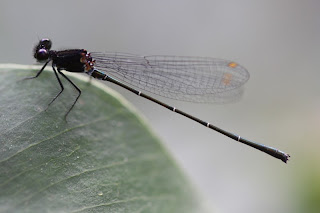 The sub-adult male
The young male hasn't yet become completely black and looks a lot more like the female with distinct yellow stripes on the abdomen. 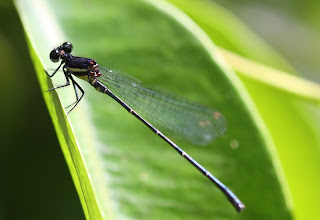 The teneral male
This specimen has one wings that still hasn't full opened out (or it is deformed). I saw this early one morning at a lake just outside Phu Wiang National Park, Khon Kaen. 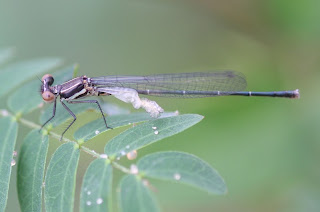 Another teneral male
This one is newly emerged. There are hundreds like this at Nam Nao NP at present. This was probably its first landing from its maiden voyage (I scared it out of the weeds as I walked). 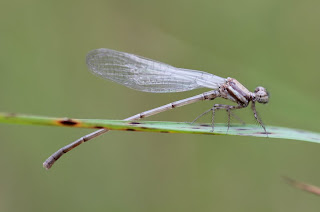 The female
The female is very close to the young male with prominent yellow and black stripes on the thorax. 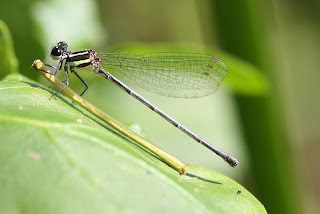 The teneral female
This female has just emerged and again, it was very early in the morning. I saw this specimen at Nam Nao National Park, Petchabun. 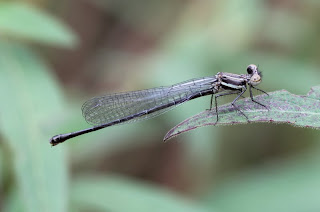 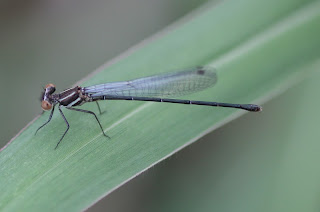 And for a very short life... another teneral female, it had probably lived for a few hours, if it was lucky. 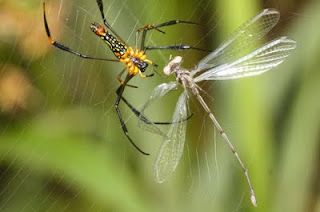 A copula in tandem... this male is displaying its shiny purple thorax. 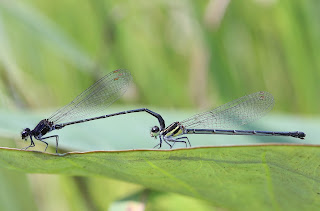 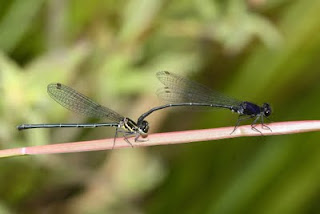 Posted by Dennis Farrell at 8:16 PM