When I visited Nam Nao National Park in October 2010, I saw many species of dragonflies and damselflies, including a few new species for me. One species I had seen before, but never got good photos, is Aciagrion borneense, the third from the Aciagrion genus I have added to my blog.

The male
Many species in this genus are similar. In fact, according to both Noppadon Makbun and Oleg Kosterin, this genus is extremely difficult to differentiate accurately and therefore I am deciding to call all species like this as A. borneense until the genus is cleared up somewhat. 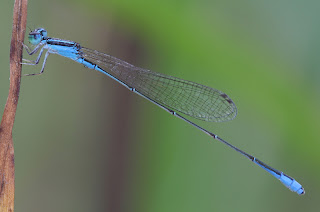 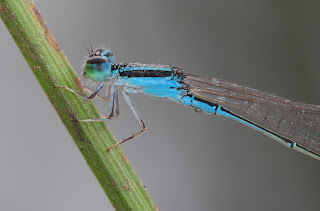 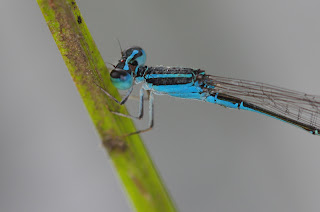 A slightly younger (a bit greener) specimen I saw 1 month earlier than the above at Nam Nao. 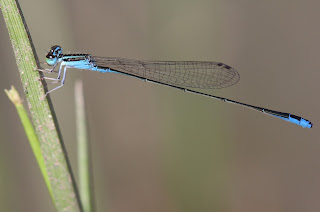 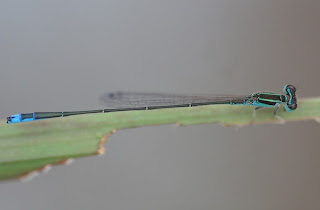 ... and an even younger specimen, much lighter in colour 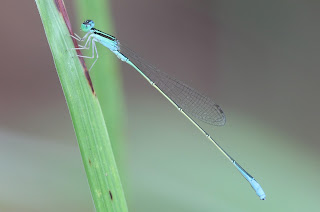 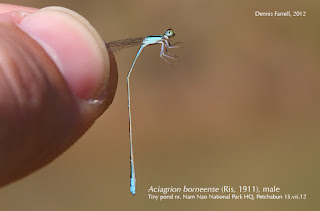 The caudal appendages
These, though not the best in the world, may help with a true ID. 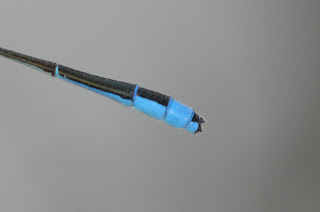 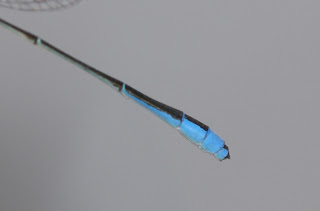 The female
The females of this genus are incredibly difficult to differentiate. However, I managed to spot this in a place where this species resides. 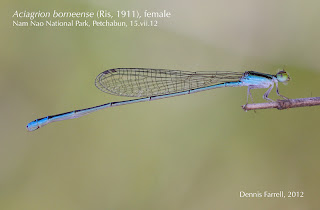 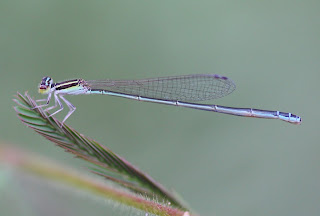