A common damselfly that even non-odonata lovers can't fail to love, is Neurobasis chinensis chinensis. With its wings closed it looks OK, but when you can capture it with its wings open, it boasts a stunning vibrant green colour. When it flies past it looks amazing and is one of the most impressive looking damselfly when in flight.

The male
The male is far more common than the female and one of the most common damselflies you'll spot at any river or waterfall. 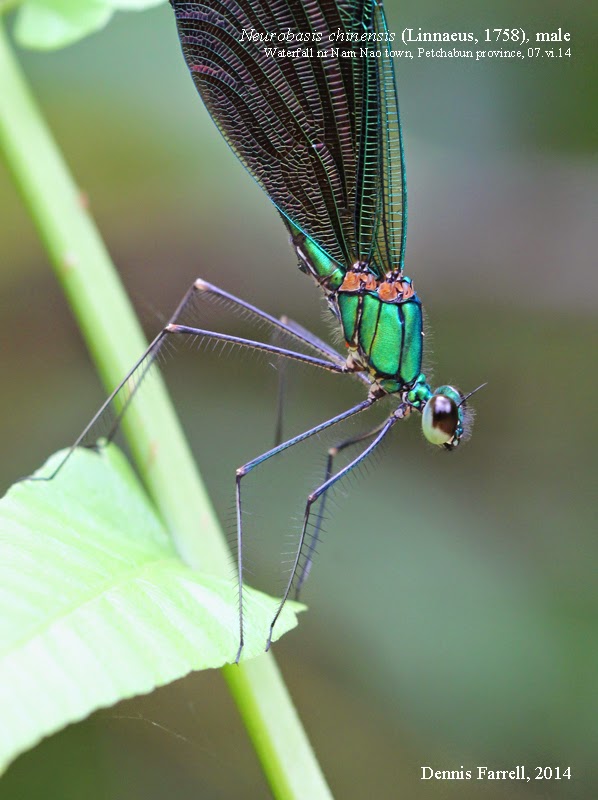 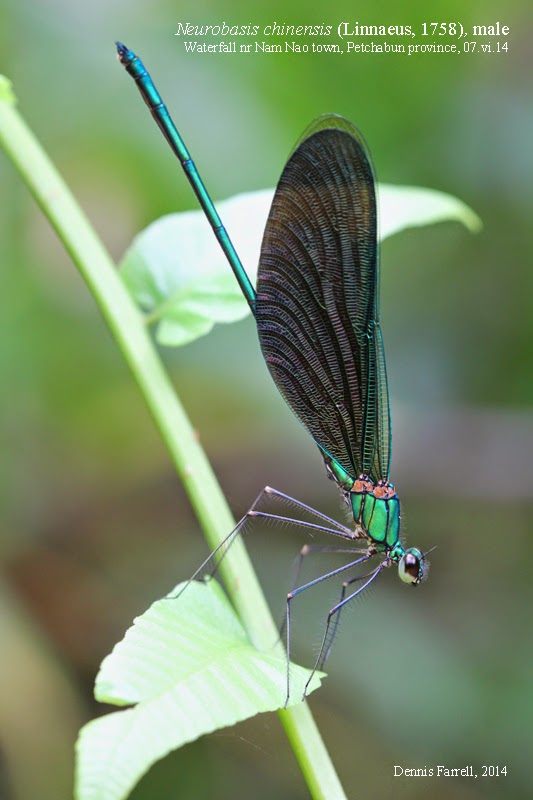 With its wings closed (Pic 1) it has a metallic sheen on its thorax, abdomen and wings. Yet, when it opens its wings, its another story. The forewings are clear but the hind wings are a vivid metallic green (see pic 2). 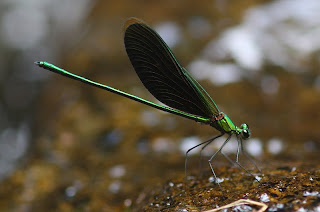 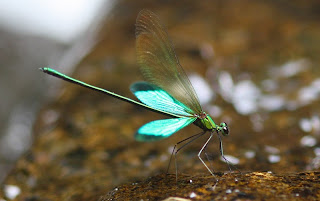 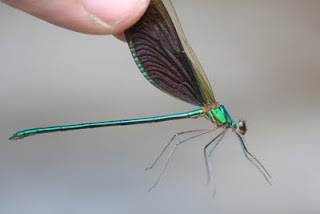 Threat display...
With no female yet present, these two males were vying for an irrelevant leaf on the stream. The perched male raised and arched his abdomen, whilst constantly fluttering his wings, I think to make himself look as big as possible. The other male kept trying to match him whilst in flight. It lasted for several minutes before the one in flight gave up. 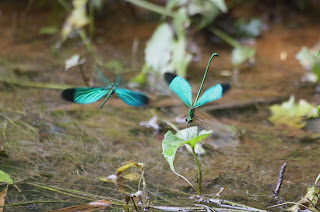 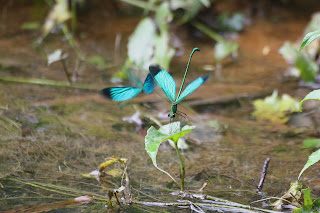 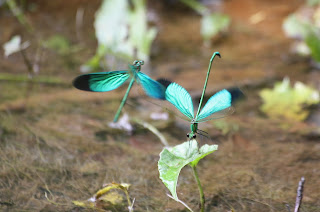 The mature male
I have also seen one or two males that have become more of a brown colour than green. I assume these are much older males. This one I saw at Ob Khan National Park. 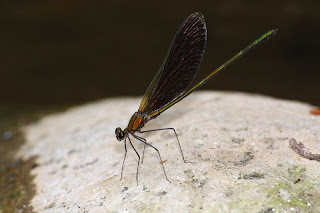 The female
The female is also common, but really difficult to get close to. They are really skittish. I managed to get a few good shots of this specimen, when I visited a small stream at Doi Inthanon, Chiang Mai. 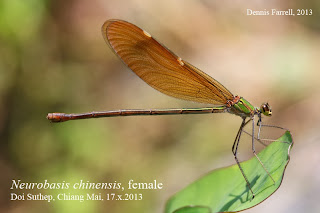 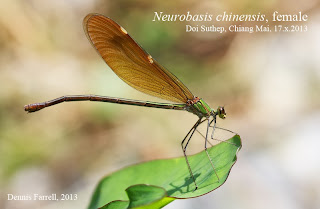 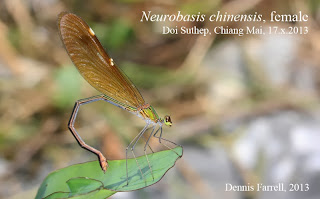 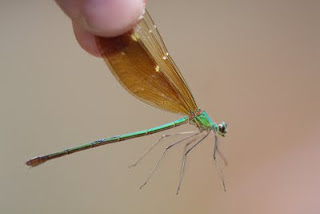 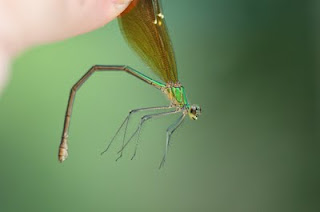 An old female
Early one morning in Kanchanaburi, I managed to get close to an old female... usually they fly away at the slightest movement. This one is more of a copper colour than the above and is older.
(photo taken 26/03/2011 @ Kanchanaburi - added to blog 02/04/2011) 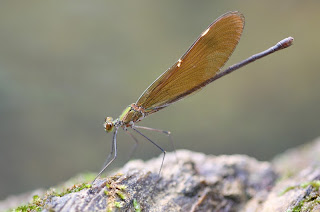 A newly emerged 'ghost' female...
I was lucky enough to spot this newly emerged specimen early one morning in Khao Yai. It will probably have emerged not much earlier. Looks great, I think. Two's company...
A nice photo of both male and female together. 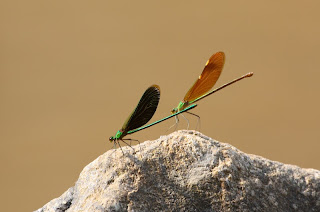 You can see this species throughout the country and all year round at streams and waterfalls.
Posted by Dennis Farrell at 7:35 PM