50 species now posted on my blog and a great species too!!!
Another Orthetrum species that is often confused with another species is Orthetrum luzonicum. It is often miss identified with Orthetrum glaucum (see entry). However, it is quite easy to spot the difference. Simply look at the eyes. The eyes of Orthetrum luzonicum are a vivid blue/green colour and O. glaucum's eyes are dull in comparison.

The male
The male's thorax and abdomen are bright powdery blue and S9-10 can be black, though I have seen specimens where this turns blue too. The males also have slight yellow/black markings on the abdomen, which seem slightly variable depending on age. 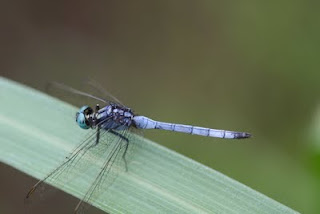 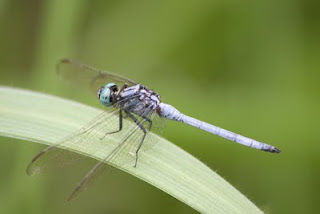 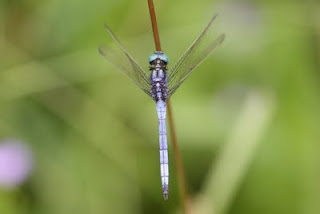 Those eyes...
This is by far and away the easiest way to differentiate the species. 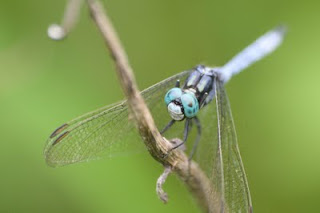 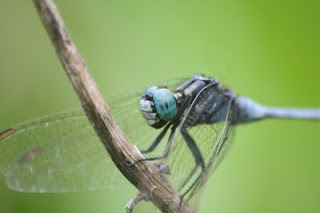 In the hand...
This one I captured with my little net. They also seem slightly smaller than most other species in the genus, though this could just be my imagination. Still, a beautiful little thing. When I released him, he flew straight towards another male and began fighting. 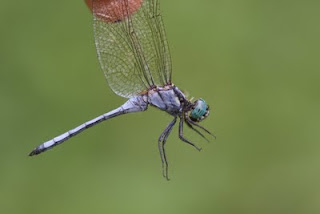 Here's those eyes again
Compare them to the eyes of O. glaucum and you really can see the difference easily. 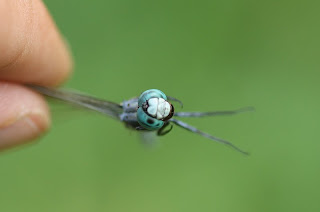 The young male
This young male, has a pruinosed abdomen, but only half of its thorax has changed. 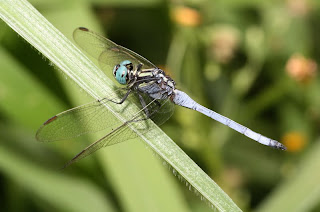 The teneral Male...
A poor photo (everything was set up for close macro work) and one shot and it was gone... anyway, it's still good enough for ID purposes. Even here you can see its bright blue eyes... something I missed! Special thanks to Dr. Matti for the ID. This was seen at Nam Nao helicopter pad lake. 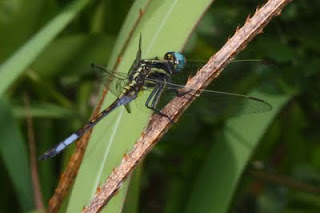 The mature female...
Like the male, the female becomes pruinosed. This one I saw a good distance from the water's edge. The female also has a slimmer abdomen to its counterparts (from what I can make out anyway). 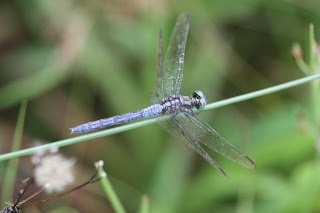 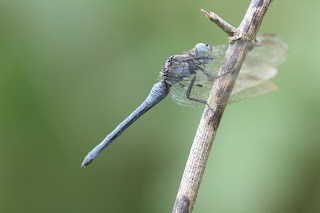 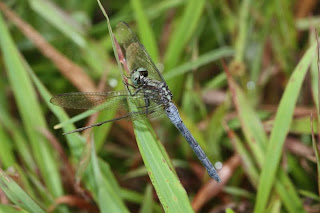 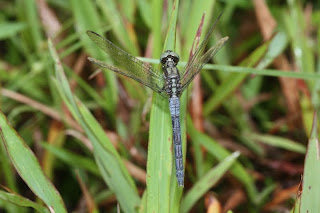 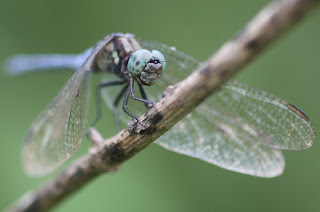 The young female...
At last I spotted the female. it's actually similar to the young male. The thoracic markings are different and the eyes are similar in colour to that of the male, making it easily identifiable. Also, unlike other females in the genus, when you movc near them, they only seem to fly to another leaf or twig. Whereas, other females fly away, never to be seen again. 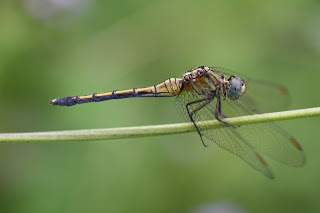 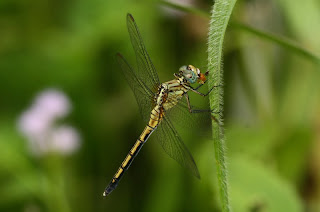 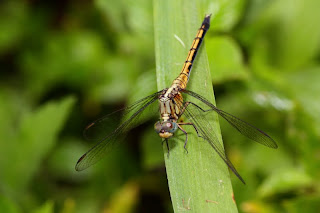 Posted by Dennis Farrell at 8:07 PM