This was a small species that I saw when I visited Doi Inthanon National Park, April 2010. According to Noppadon, it isn't Ischnura rufostigma, but instead part of the rufostigma group. For now, I will simply call it Ischnura rufostigma, until it is described. It is also the third and final addition to the Ischnura genus, completing the group.

The male
The thorax is black with bright green stripes. S1 is also green and it has two small blue ocular spots. The abdomen is orange from S2-6, S7-10 are black. S8 has a distinctive blue dorsal patch, almost like an upside down "T" shape. 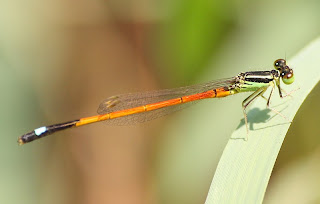 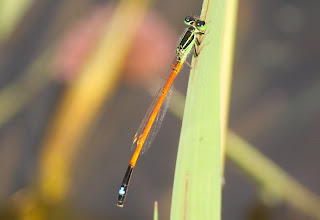 The female
The female is similar to the male, but paler. Also, it only has microscopic blue dorsal patch on S8. 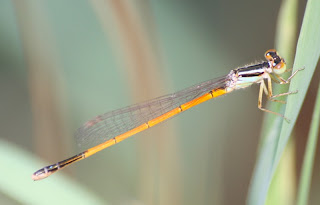 A copula
I was fortunate to spot and photograph a copula, showing just how more vivid the colours are on the male. 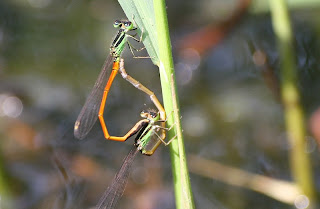 I only saw this species at the small ponds around Doi Inthanon National Park headquarters. If you visit, you will surely find this species. It is difficult to get close to and photography isn't easy.