The 4th Orthetrum species I have added to my blog, is the second species of the genus I saw, Orthetrum pruinosum neglectum. Often confused with O. chrysis  it is fairly common on the edge of forested areas. That said, I have seen a fairly large group of this species living happily around a tiny drainage puddle just outside Khon Kaen city. So they are obviously not that fussy.

The male
The males have a 'dusty' red abdomen and a purple/blue thorax. They are are also fairly easy to get close to and photograph. 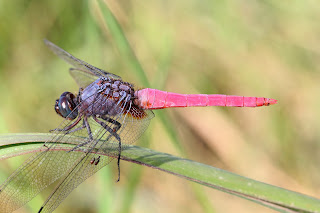 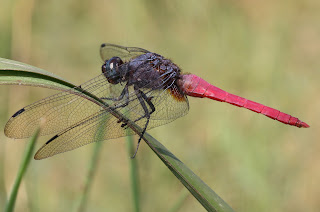 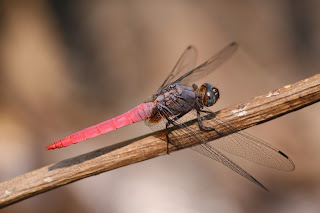 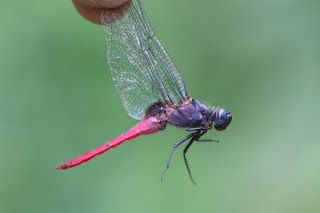 The male of this species has a grey frons (face), compared to the bright red face of O. Chrysis and is the easiest way to tell the difference. 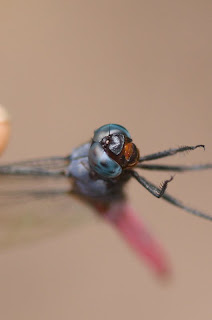 The female
The females of this genus are difficult to differentiate. However, this female rested momentarily after copulation (same female as bottom two pictures), before she began ovipositing. Therefore, it was easy to identify. 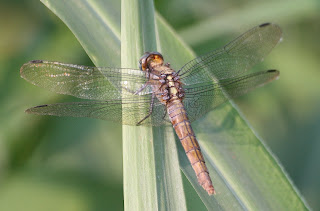 The copula
I have spotted copula of this species on numerous occasions ... though they are hard to get near. 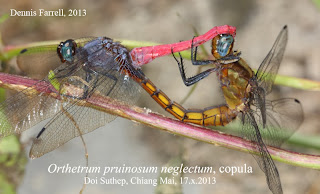 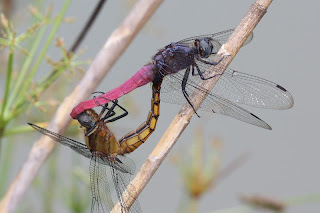 You can see this species most of the year from forested areas to slight seepage in open areas throughout the country.
Posted by Dennis Farrell at 8:47 PM