The male
The male is a fairly big dragonfly that once fully mature becomes pruinosed (a bit like the felt-look of a peach). It is almost entirely blue. They are quite easily scared, but seem to get used to your presence after a while and allow you to get closer. The eyes of the male are grey/blue. 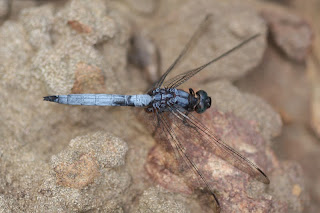 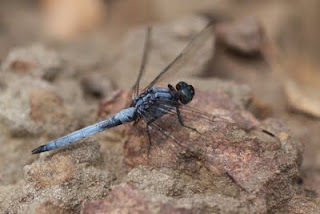 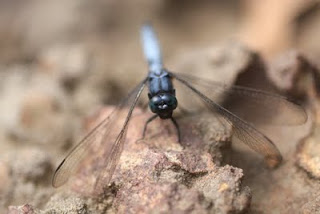 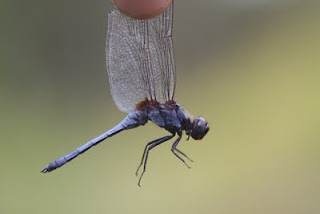 The sub-adult male
The young male (not yet pruinosed) allows you to see the real markings of this dragonfly. It also still carries some yellow colour from when it first emerged. 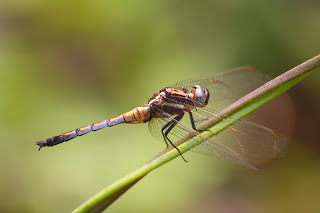 The teneral male
The teneral male (newly emerged), is still yellow and I managed to catch this one with my fingers early one morning at Phu Kradueng National Park. You can see that it still has the same markings as the sub-adult male. It is carefully held by my girlfriend, Beau. He was carefully placed back after photographing 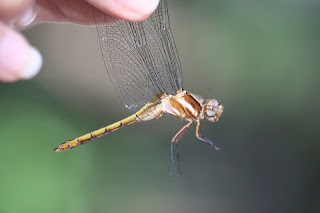 The mature female
I have finally managed to get decent photos of a mature female. Even when older the thoracic markings are prominent. The abdomen has become much darker at the edges. It will darken further still. 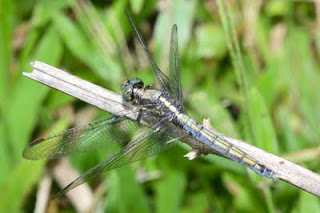 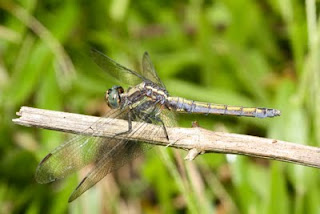 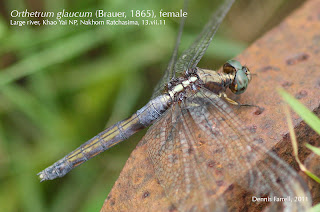 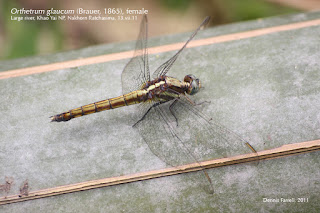 The  teneral female
This is a very young female that are seldom seen, but it looks very similar to the teneral male. They tend to stay well away from the water's edge in the bushes and reeds, sometimes a good distance away. It will eventually darken with age and even pruinose. 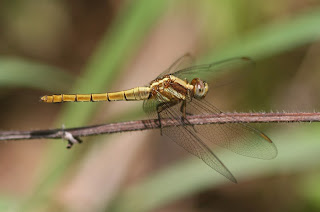 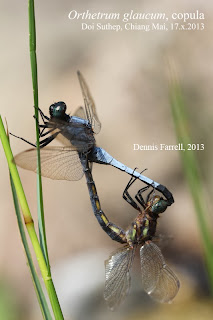 You can see this species all year round and in many rivers, especially where the sun bursts through tree canopies and onto large boulders.
Posted by Dennis Farrell at 5:25 AM