When I went to Chiang Mai back in March-May 2010, I noticed a species of Prodasineura that I instantly fell in love with. Prodasineura verticalis. Since I saw this species for the first time, Noppadon Makbun told me that there are 3 distinct forms of this species; "Northern", "Eastern" and "Western" forms, which I have been lucky enough to spot and photograph. Without Noppadon mentioning this, I would have over-looked the other forms. If you compare the three males, you can see significant differences. Noppadon isn't sure which is the true form of the species. It's a fantastic looking species and is the 3rd Prodasineura damselfly I have added to my blog.

The "Northern" male
The male has wonderful red, black and orange stripes on the thorax and the abdomen is completely black except for the caudal appendages which are a greyish colour. This specimen I saw in Chiang Mai (25/03/2010). 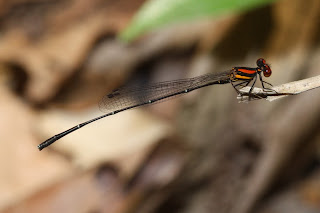 The "Eastern" male
The thoracic dorsal markings are much broader than the "Northern" specimen. Other markings are slightly different too. Caudal appendages are also black, not greyish (as above). This specimen I saw at a small river, Koh Chang (13/04/2011). 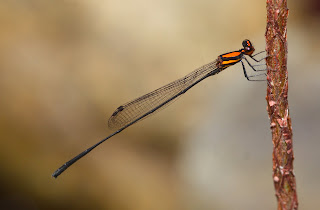 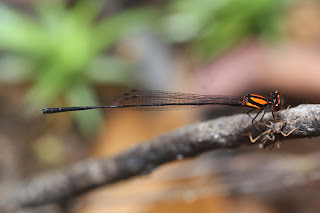 The "Western" male
Though not the best angle in the world, you can see that the markings on the thorax are different again to the two above (they are slimmer and straigher) and the caudal appendages are black. This one I saw at Kanchanaburi (26/03/2011). 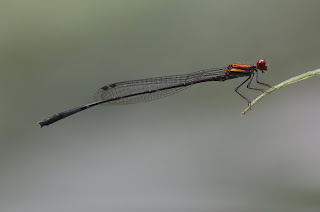 The "Northern" female
The female looks similar to all species in the Prodasineura genus, except it has a slightly red tinge to the thoracic markings. Again, this specimen I saw in Chiang Mai. 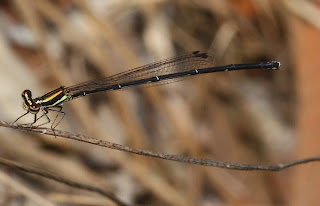 The "Eastern" female
Again, even with the female, the thoracic markings are much slimmer than the Northern form. This specimen was ovipositing at a small river, Koh Chang. 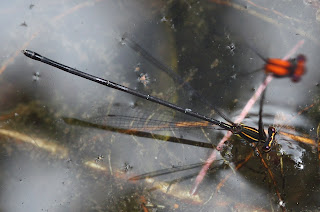 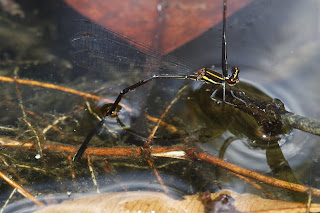 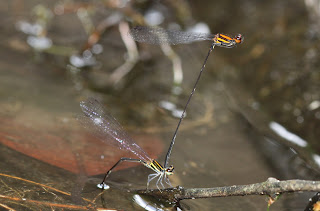 The "Western" female
This isn't a very good shot and so comparing this specimen is difficult. It was raining and under heavy tree cover, making it really dark. It was also too high up to see dorsally and flew away when it tried to get above it. I will get a better example soon. I saw this female in Kanchanaburi. 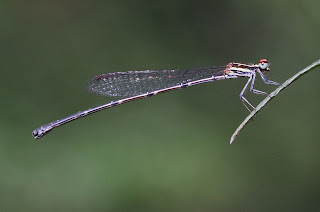