A species of damselfly I used to see regularly in Khon Kaen, but now seems to be in rapid decline, is Ceriagrion praetermissum. I have no idea why, maybe through environment change, but this species seems to have almost disappeared in my local area.

The male
The male is really distinct with red/yellow eyes and a yellow frons (the face), greenish thorax and bright red/orange abdomen. I haven't seen many males at this stage and are also really shy. 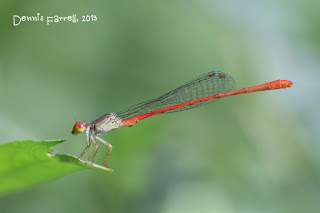 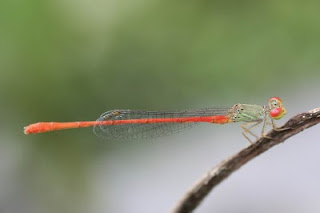 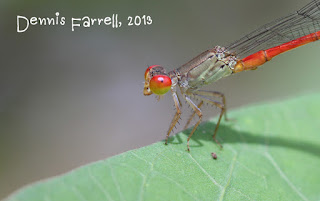 The sub-adult male
The young male starts off very similar to the female, but eventually the abdomen turns red (as below). C. praetermissum males at this stage seem far more common than the full adults. 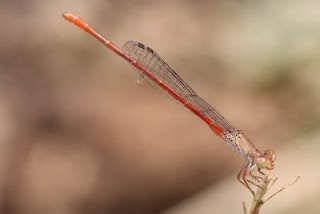 The female
The female is very similar to the young male but duller in comparison. The thorax and abdomen are brown and only the last segments of the abdomen and the eyes have a slight red tinge to them. This female's eyes are bigger than her belly (or should that be abdomen?), as she is about to devour a rather large wasp. 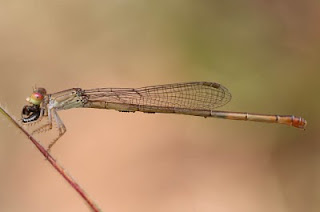 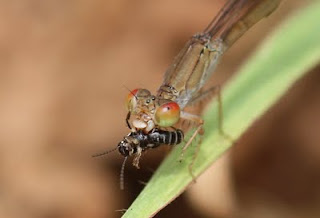 The sub-adult female
The young female is very similar to the mature female, but doesn't have any red colour at all. 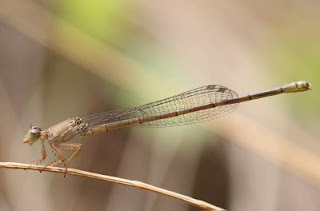 
I was lucky to spot a number of copula along a long canal-like pond in Khon Kaen recently. 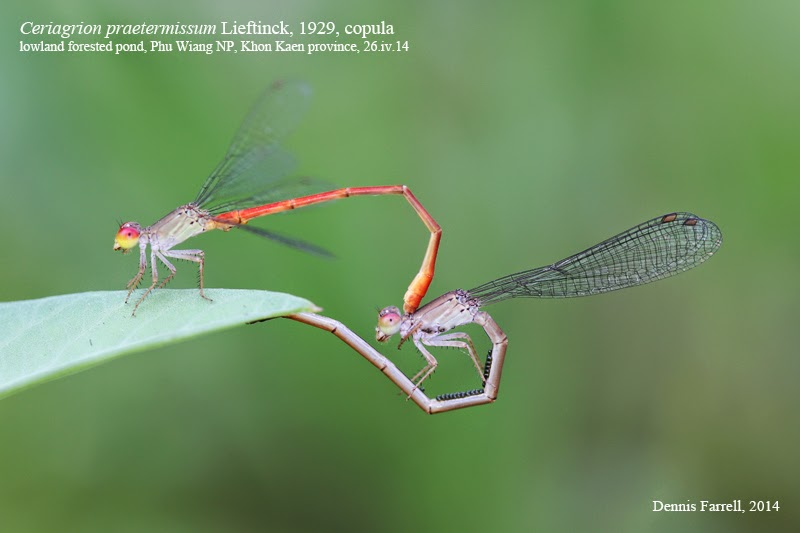 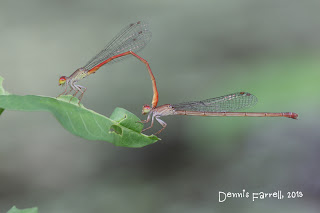 I have seen Ceriagrion praetermissum at a number of different kinds of water, from tiny ditches to the large River Chi, which runs through Khon Kaen. I have also spotted this species in Chiang Mai. The females and young males tend to hide away but the males are more on show by the waterside. I have seen this species from October-June, but may be around all year.
Posted by Dennis Farrell at 7:45 PM