A common species of damselfly that I simply love is Libellago lineata lineata. I have seen this species often at the River Chi, Khon Kaen, as well as at a tiny stream in Chantaburi. It is a friendly species that is happy to pose for you.

The male
The fully adult male has black and yellow markings along the thorax and abdomen. It has more black when fully matured. It also has white markings on the legs. The biggest difference though, is that it develops black marks on the tops of the wings, that make it look really distinctive. 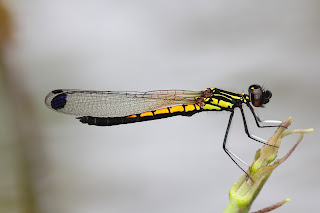 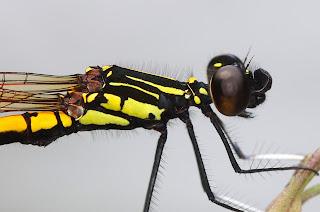 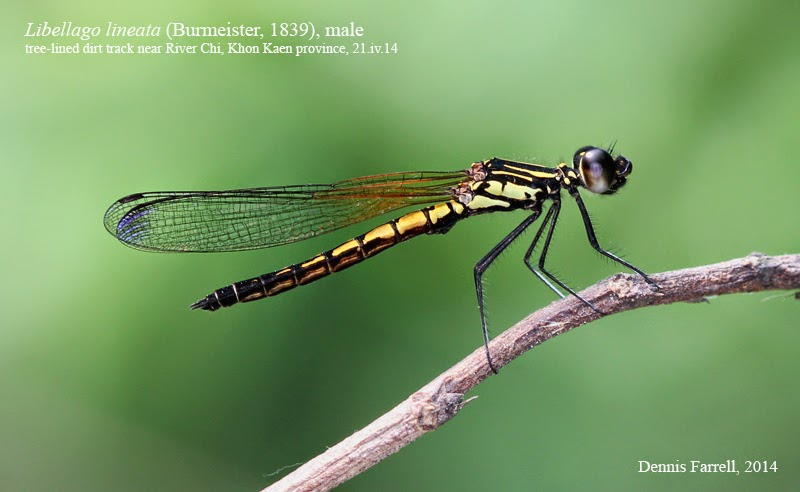 The sub-adult male
A young male is similar to the adult, but doesn't yet have the black markings on the wings and there is less black on the abdomen. 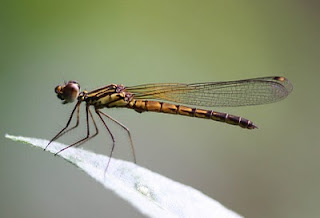 The female
The female is similar to the sub-adult male, except the abdomen is much more robust. and the markings on the abdomen are slightly different. 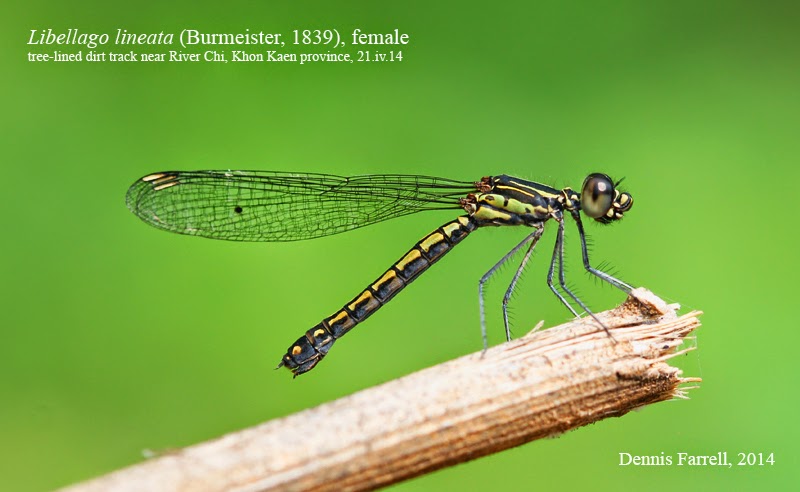 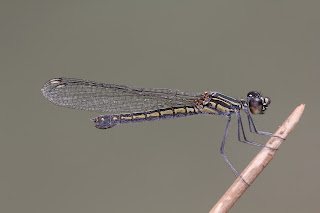 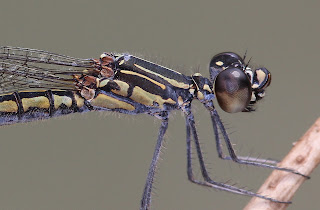 The (youngish) female
This is a slightly younger female which doesn't yet have pruinescence and the yellow colouration is somewhat brighter. 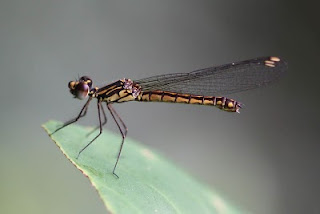 The teneral female
This is a newly born female that could only just fly. Its wings still need to strengthen. Eventually it will change colour. 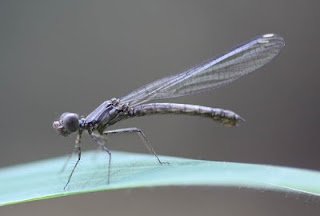 This species of damselfly is common all year throughout Thailand and can be spotted along canals, ponds and lakes, though its preferred home is along the banks of rivers. They seem particularly docile in the early morning and late afternoon - the best time to photograph them.
Posted by Dennis Farrell at 6:36 AM