A beautiful dragonfly I saw once (March 23, 2010), was an undescribed Microgomphus sp. I saw this at Ob Khan National Park, just outside Chiang Mai along the river which runs though it. It was happy to sit there and let me snap away.
I have never seen this species before or since, but hope one day to spot the female. The appendages on this species look rather gruesome, as they are large compared to the size of the dragonfly.
The male
This is the male of the species, but I don't really know anything about its habitat, other than I saw it in the uplands along a fair-sized stream that contained lots of boulders. It was also heavily tree-lined. It landed just where the sun was poking through. 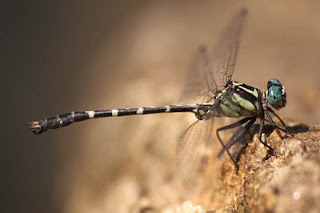 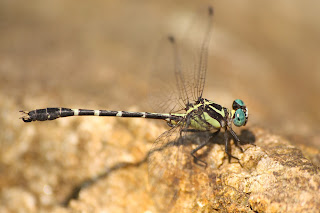 Many thanks once again to Noppadon Makbun for help with trying to identify this species.
Posted by Dennis Farrell at 5:18 AM