A small, but chunky dragonfly that pops up from time to time around Khon Kaen and beyond, is Aethriamanta brevipennis. I don't see it that often, but if I go dragonfly hunting early in the morning I tend to see more. Maybe they move high up into the trees during the day and out of sight.

The male
The male varies in colour. Mostly they are yellow and black in colour, but there are also red specimens, which look fantastic. The thorax is black and the abdomen is bright red. 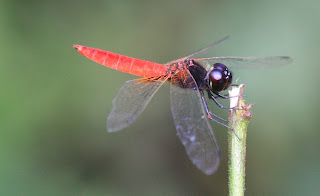 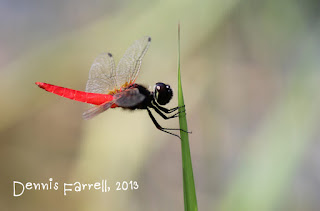 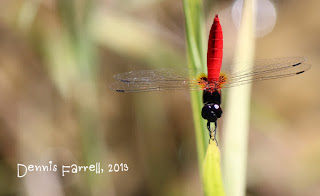 The yellow male
This is the same as the above, but in yellow form and are more commonly seen at this stage. 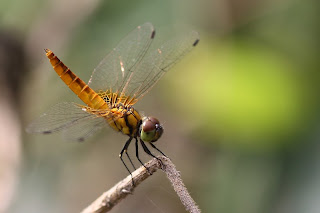 The female
The female is very similar to the yellow male, but it is slightly smaller and has much more black colouring to the abdomen. 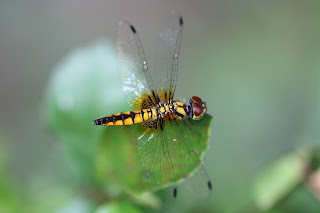 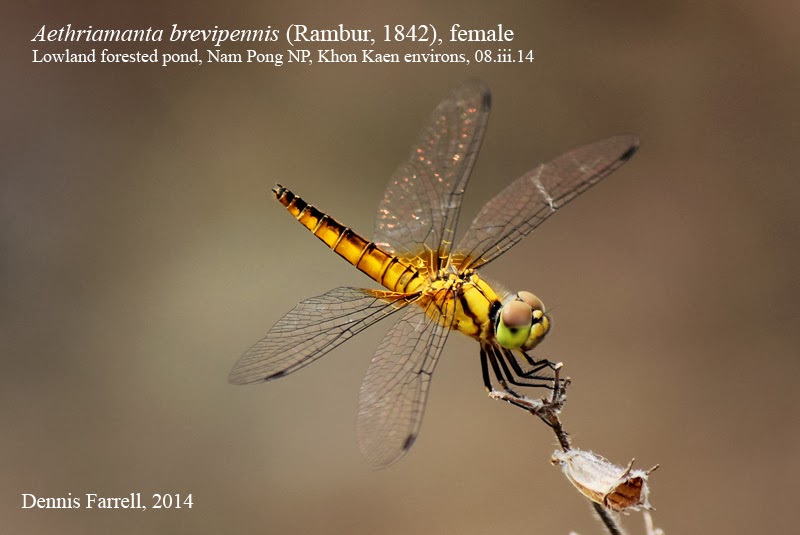 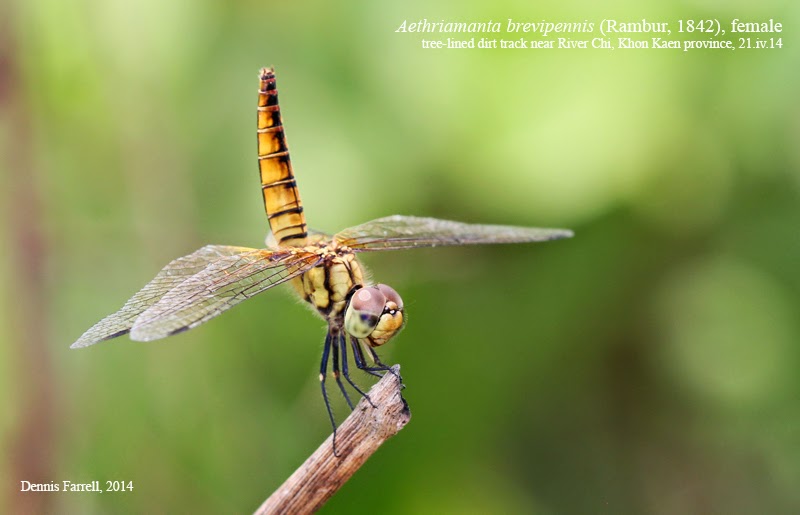 I have spotted this species at a number of places around Thailand, but it isn't seen all that often. I know it is widespread and can be seen most, if not all, year round. I have seen this species primarily near rivers.
Posted by Dennis Farrell at 10:20 PM