When I visited Chiang Mai last March-May 2010, I discovered around 40 new species for my photo collection. One, which I initially misidentified, was Protosticta grandis. The correct I.D. was pointed out to me by Noppadon  Makbun.


The male
Since finding the teneral male, I have at long last spotted the adult male. He is similar to that of the teneral, however his eyes are now a vivid blue and the humeral stripe has a blue tinge to it. Again, I saw this specimen at Erawan waterfall.

Here's the best natural photo I managed to get (bear in mind it was the dullest, rainiest day in the world). 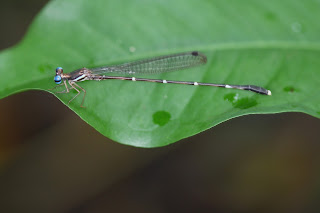 So ... capturing a specimen and finding a tiny light source was the best option... 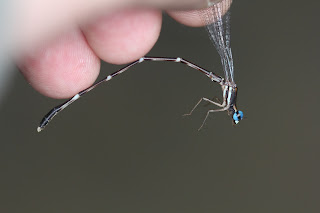 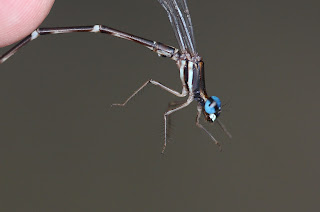 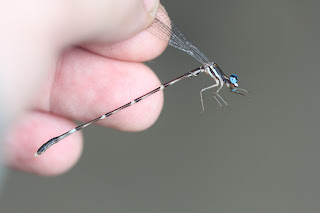 Here are the caudal appendages ... 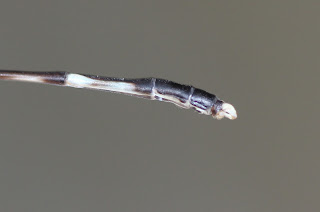 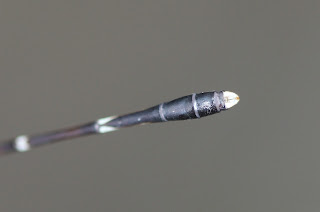 
This is the specimen I found at Erawan waterfall, Kanchanaburi (March 2011) again under heavy tree cover ... 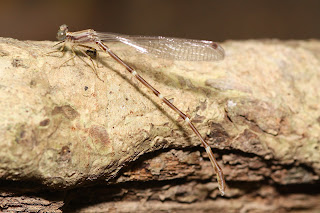 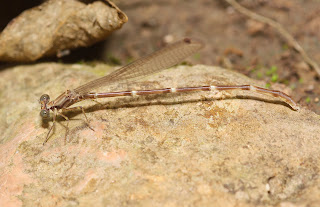 The female ...
I was fortunate to also find a female. She is almost identical to that of the male, but easier to approach. The male is slightly trickier to get near. 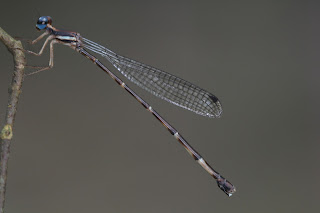 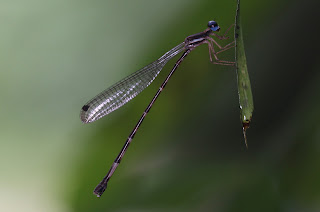 Female in the hand ...
notice how she is "playing dead"- something I have witnessed a lot with damselflies. 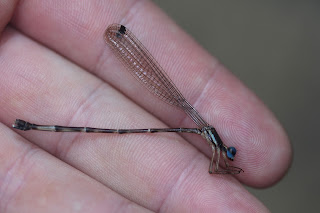 Posted by Dennis Farrell at 4:06 AM