Finally, I got round to visiting a place I have wanted to visit for a number of years ... Phu Khieo Wildlife Sanctuary. I have read up a lot on this place, but never visited. Why? Well, everything I have read, mentioned that you have to reserve a place in advance, it's 4 1/2 hours from Khon Kaen and doesn't open the gates until 8.00 am. Anyway, I decided it was time to try and visit. I got my girlfriend, Beau, to phone the rangers and they explained that you only have to book if you are staying for one night or more ... fantastic. One obstacle out of the way. The second was the distance. I don't have time at the moment to stay for days ... only single day trips are available. 4 1/2 hours is a long time when doubled in one day. Unperturbed, both my brother, Paul, and I, decided to head out there anyway. It took a little over 2 hours to reach the checkpoint ... nothing like the 4 1/2 hours it said on Google Maps!!! Also, it opens at 6.00am, not 8. It took a further 30 minutes once inside, but I was stopping every 2 minutes, anyway So, why visit this place? Well, I had read that there were many species there that I hadn't seen before. Most were river dwellers and being November, it's not the best time to visit rivers. I decide to target the ponds, in search of another rare species,  Ceriagrion pallidum, which has been reported there. I didn't get to see it, nor did I spot any new species for my list. However, being very quiet and similar to Nam Nao, but with an abundance of water bodies to go at - even a large, open marshy area - it IS going to be my target place next season. All in all, I spotted 40 species between myself and my brother, though mostly common species. AND I hadn't even ventured down to any streams! Roll on next April/May ... I think there will be many surprises in store.

My best photos of the trip: 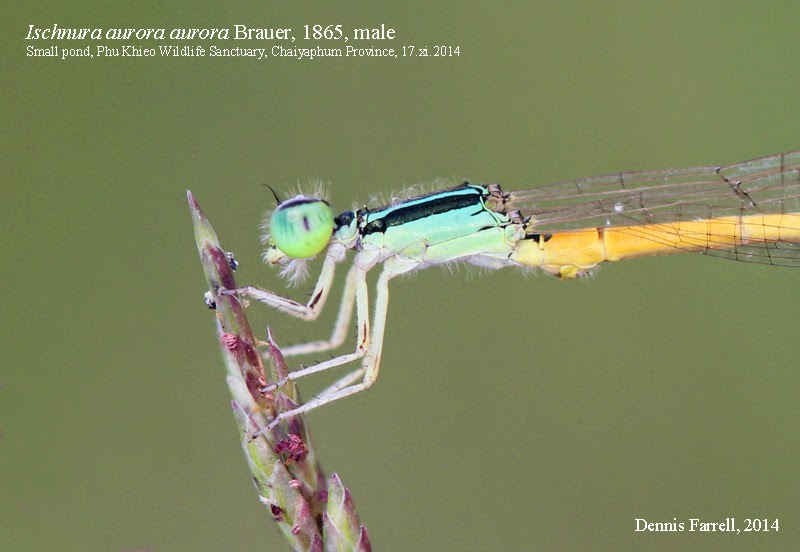 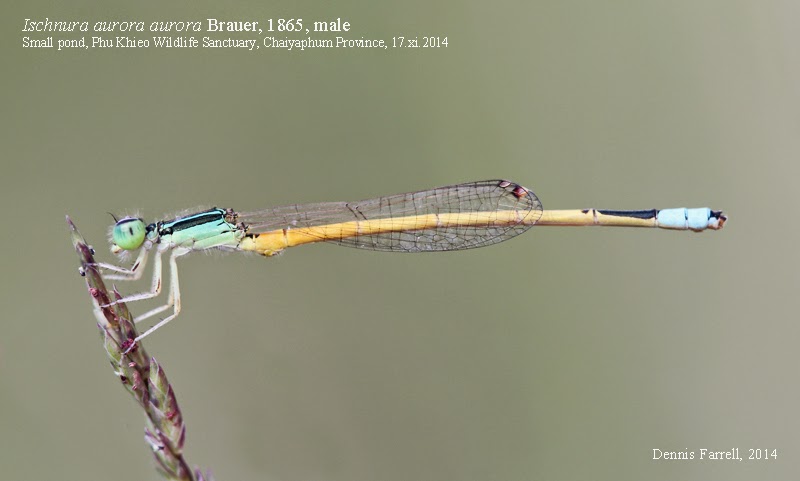 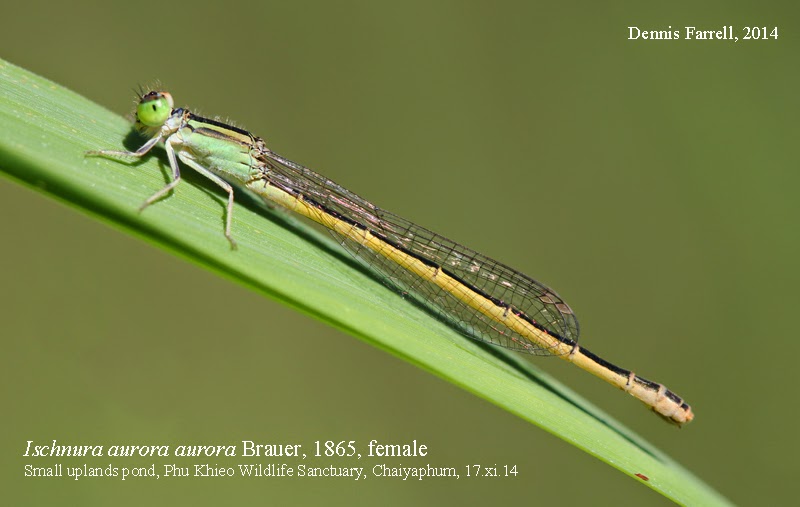 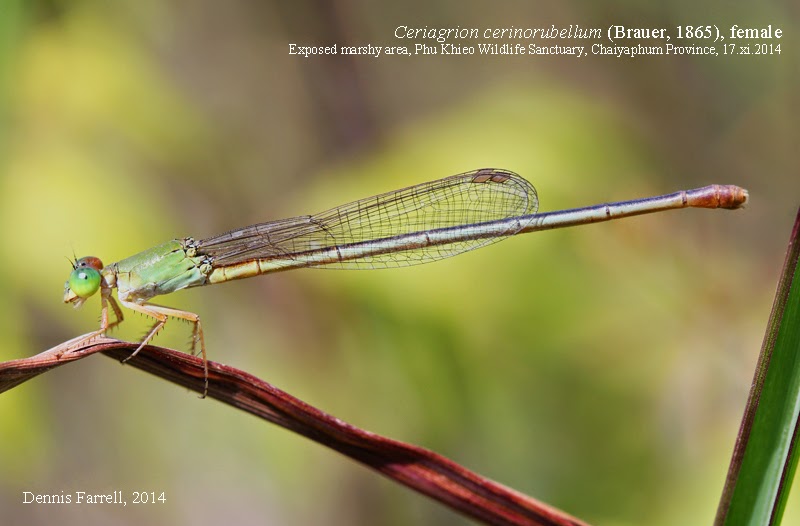 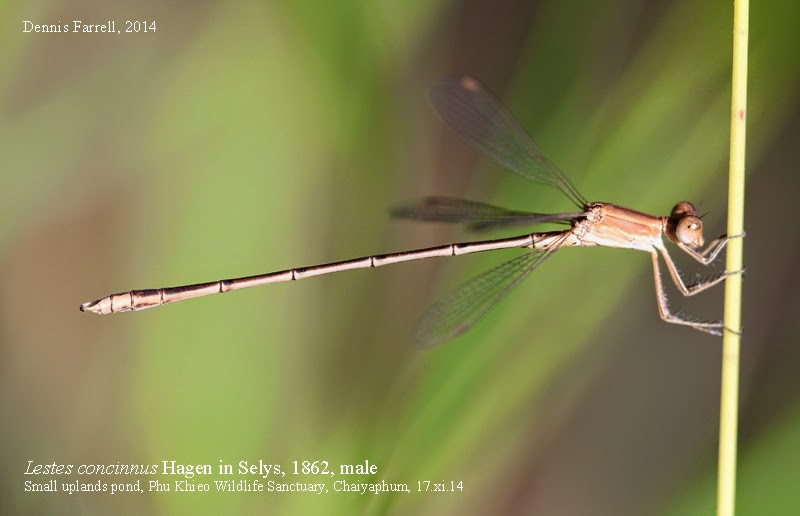 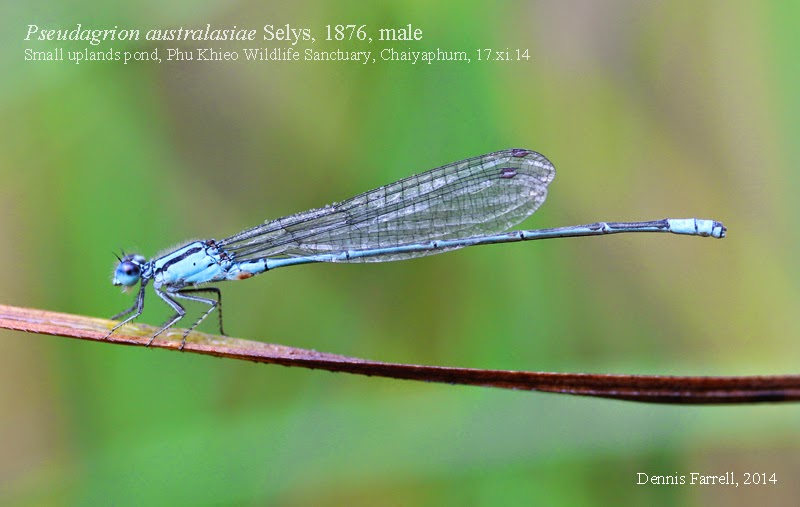 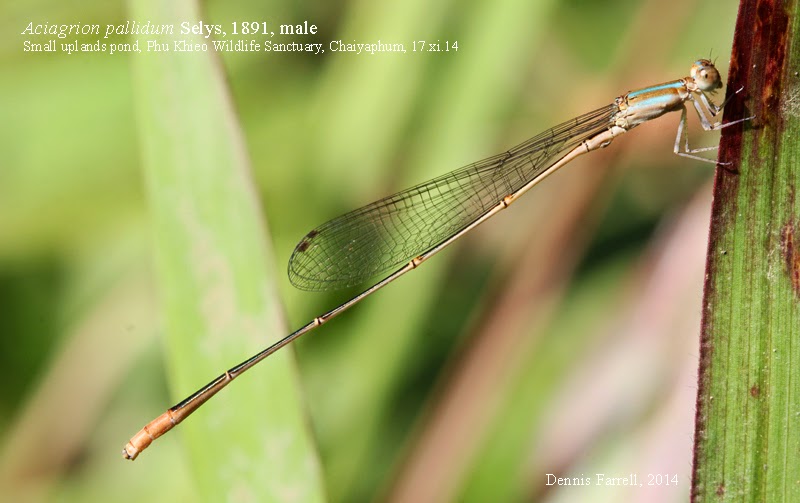 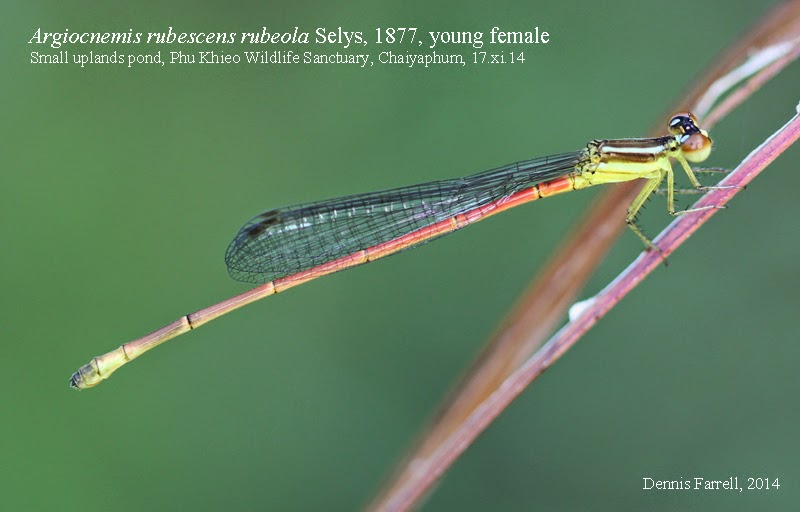 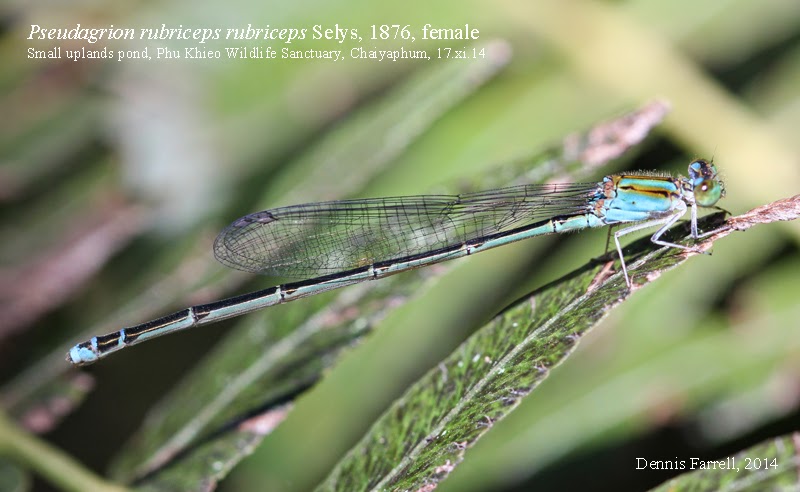 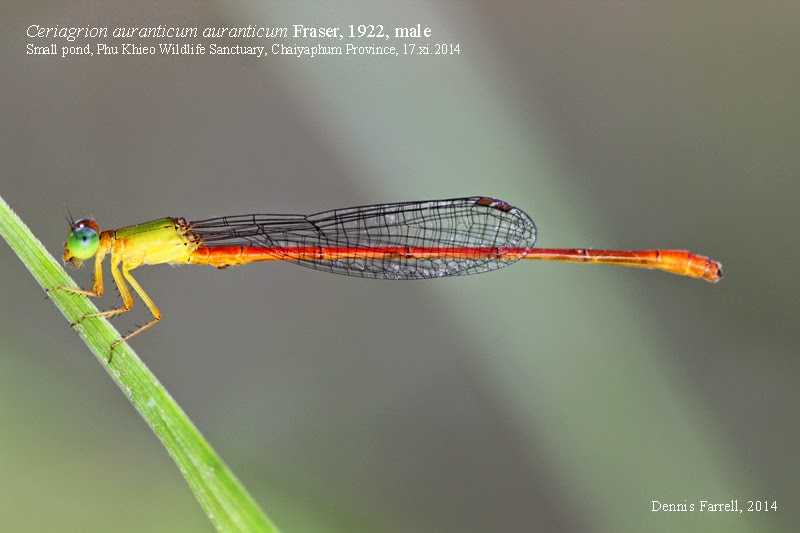 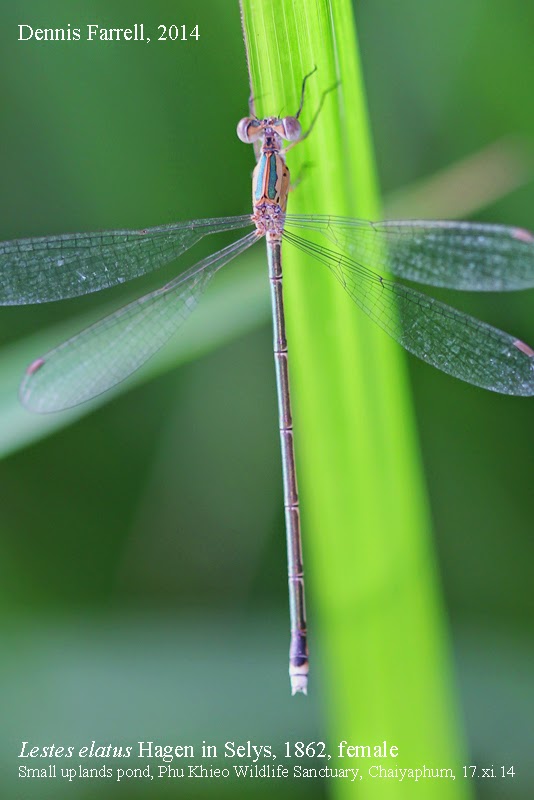 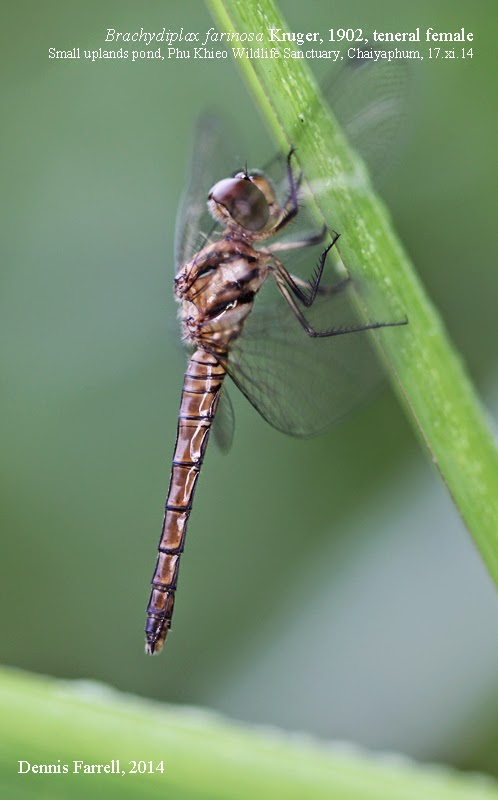 A list of the dragonflies of the ponds around Phu Khieo Wildlife Sanctuary, Chaiyaphum (that I have photographed or recorded visually)

I hope to DOUBLE this list by the end of next year. Here's to hoping (and praying)!

Posted by Dennis Farrell at 9:33 PM No comments: Links to this post