Another tiny species, possibly the smallest in Thailand. Agriocnemis nana, a stunning little damselfly that loves hiding in the grasses near still water.

The male
Although tiny, its stunning colours make it quite easy to spot. It has lime green stripes along a black thorax. The ocular stripe is also bright green. Stigma and face are blue. S1-2 are green on the abdomen. S2 also has a unique "mask" mark. 6-8 blue, with black dorsal markings and black basal rings. S9-10 are black with blue basal ring (this varies). Caudal appendages are blue. 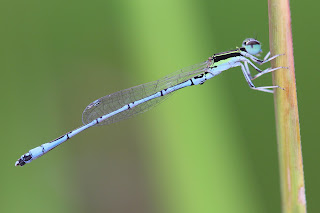 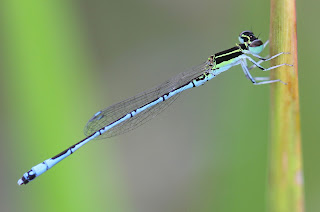 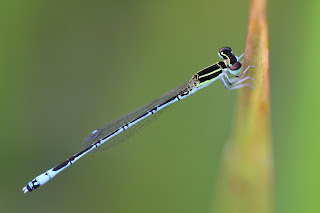 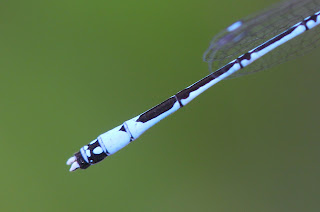 Here's a mature male I captured last year ... see how the dorsal markings near the end segments are filled in here, whereas the above male has a kind of African mask look. 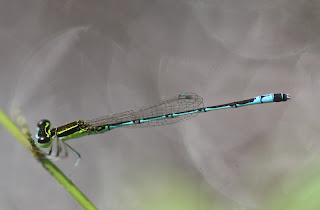 An (almost) adult male
This is a younger male specimen. It is the only one I have seen like this. It has all the markings of the adult, but doesn't quite yet have the full colouring. Still a great looking damselfly though. 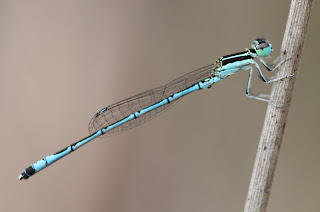 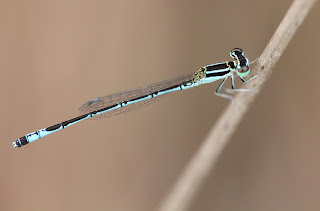 A teneral male
This is a very young male specimen. It is yet to gain its colours, but still has the same markings. 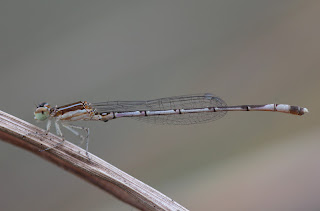 The female
The female is similar to the male, but slightly duller and has a stouter abdomen. The markings are slightly different too. 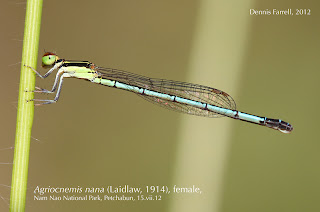 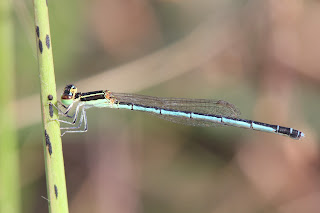 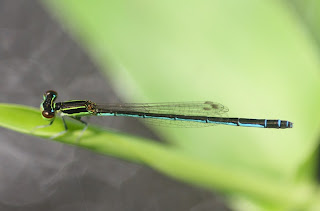 The (very old) female
Similar to the above female, but seems to have lost its colour. The end segments are also pruinosed. 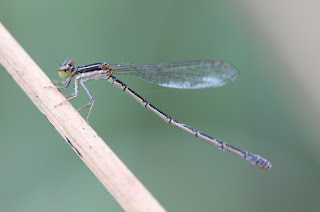 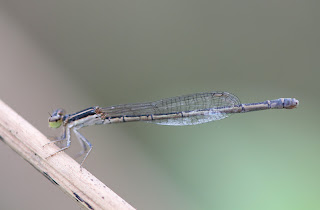 A (very young) female
Again, this female has the same markings as the adult, but is much duller in colour. This female was hiding further away from the water than mature females. 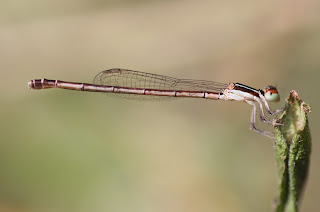 I'm not sure if this species is supposed to be common, but I only saw it for the first time this year. I saw it at Nam Nao National Park in October (and now February). The following week, I saw it gain at Mukdahan National Park. I then visited Khao Khrating, near Chantaburi, in December and saw hundreds of them by the roadside!
Posted by Dennis Farrell at 1:37 AM