Well, it has been a while, but my brother and I decided to return to one of our old haunts in the shape of Nam Nao National Park. Paul was searching for birds and me dragons, though neither of us expected much in terms of finding something new. Still, armed with my new 100mm L macro lens (thanks, our Paul!), I was champing at the bit to get out there and give it a whirl. We set off at 4 am and decided to tackle the HQ first, followed by the 4 kms trail and finally the 14 kms trail. At the HQ, it was seriously quiet on my part, though not surprising as it was so early. However, there were a number of moths, cicadas and other bits trying thaw out in the early morning light. Following the HQ that doesn't seem the same nowadays since the rangers have "cleaned it up" for tourists. Still, we moved on to the 4 kms trail and were even given the key to open the gate so we could drive down which was cool and reduced the worry of massive elephants getting us. We stopped off all the way down stopping at little ponds and marshy areas. However, it was seriously quiet with only a few common species dotted around. We hit the pond at the bottom and it was soooo quiet. I managed to spot a few teneral Indolestes anomalus flitting from leaf to leaf. However, the most impressive sighting was spotting a solitary male Vestalaria smaragdina smaragdina part way back up the trail. It seemed to be lost as I am unaware of any stream close by and the altitude is around 900 a.s.l. so I was very surprised to see it there. More searching is needed there, me thinks! After a quick search we headed to the main trail that goes deep into the forest and actually into Chaiyphum to Phu Khieo on the other side (though it gets a little tricky beyond the standard 14 kms trail. I stopped at the hidden pond/trickle that is mostly hidden away by tree cover and decided to take a look. I had spotted a few good species there before but thought it was too late in the year to see anything. I saw a male Coeliccia didyma straight away. Then, after a little more searching, I saw two male Prodasineura auricolor, which I hadn't seen for a while, but that was it so we moved on. I tried to stop at as many different ponds as I could, many of which I hadn't spotted before (I sat on top of the ice box in the back and kept my eyes peeled. Sadly, most of the ponds only threw up species I see regularly. Lestes elatus, Agriocnemis approximans, and Ceriagrion azureum, to name a few. Then, I saw a small pond a bit deeper and banged on the side of the truck for my brother to stop.I worked my way over and could see that it was just a standard pond. There was a solitary Pantala flavescens patrolling the pond and a few common species hanging around. The opposite side of the pond was in the shade and looked devoid of life. However, just as I was about to leave a large dragonfly flew out of the shade and was instantly attacked by ALL the males. It quickly retreated to the same place and was able to approach it and get in a few decent photos though was hampered by the sun blasting through the bush where it was perched. It turned out to be the rather rare (for Thailand, at least) Polycanthagyna ornithocephala -- and number 24 for my personal records this season! So, a great day after all, which was improved right at the death while waiting for my brother, Paul. As I sat there, two tiny mouse deer tip-toed out from the gloom and made their way across the path... I have never seen them before and they were simply stunning! I only managed to get a terribly blurred shot so won't add one.. but hope to see them again in the future!


My best photos of the day (in no particular order): 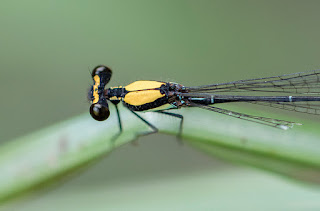 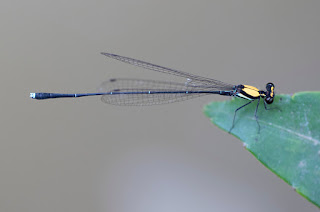 Another close-up of another cool species in the shape of a male Ceriagrion azureum. 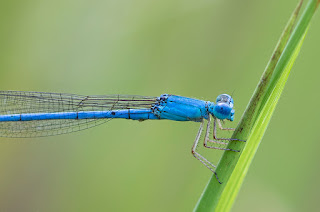 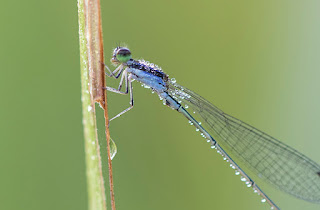 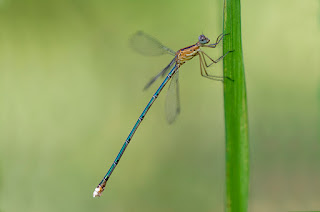 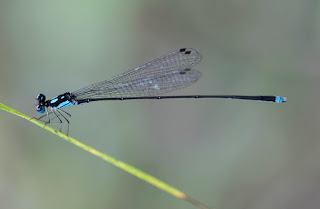 Introducing Vestalaria smaragdina smaragdina to Nam Nao and the entire range for that matter... including Phu Khieo on the other side! 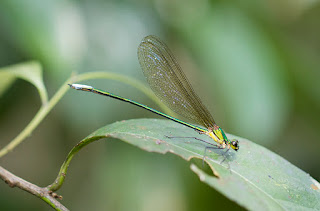 But the highlight of my day coming the shape of Polycanthagyna ornithocephala. 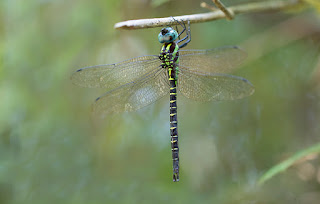 I took lots of photos of other bugs early on before the dragons got going so will add just a few (and don't really know what species they are yet... any takers on ID?) 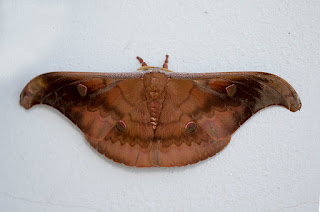 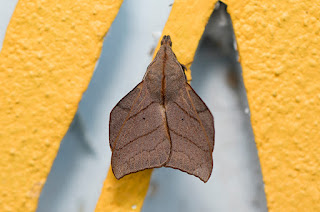 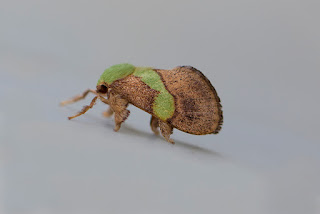 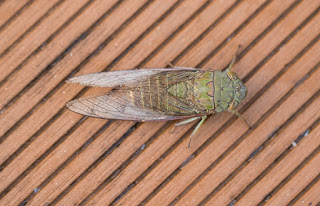 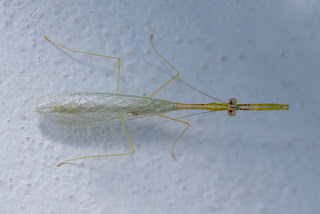 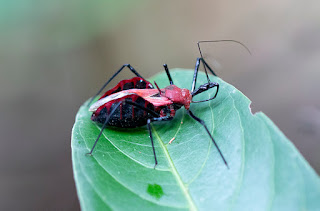 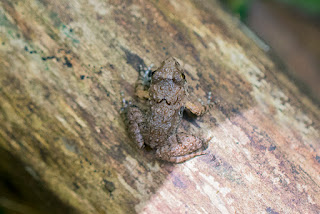 I visited Phuket recently and managed to get out for the day so will add that ASAP, but off to Khao Yai first! Watch this space!
Posted by Dennis Farrell at 9:33 AM