As I made my way up Pa La-U Waterfall, a medium-sized Gomphid plonked down right in front of me. I managed to position myself and get some decent photos. However, as I tried to capture it, the thing flew off at great speed. I didn't get another chance to photograph or capture any further specimens. I wasn't sure what it was, but thought it was of the genus, Onychogomphus. This was confirmed by Kroolek Reinthong, following me posting it on Facebook.

Unfortunately, it doesn't seem to fit with any know species of the genus and is therefore probably yet to be described by science. Hopefully one day I can put a name to this beautiful creature.  For now, I will simply call it Onychogomphus sp.
The male
A typical-looking meduim-sized male, but with enormous appendages. I think they could be used to grab teddy bears in those silly arcade games. 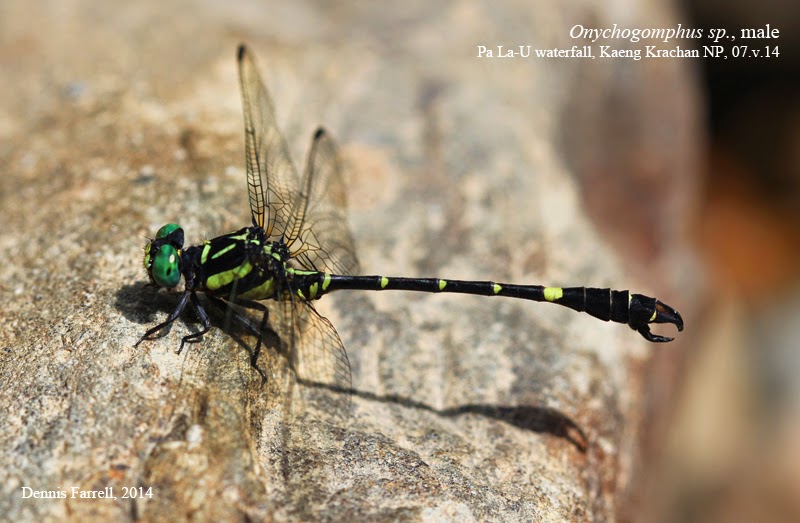 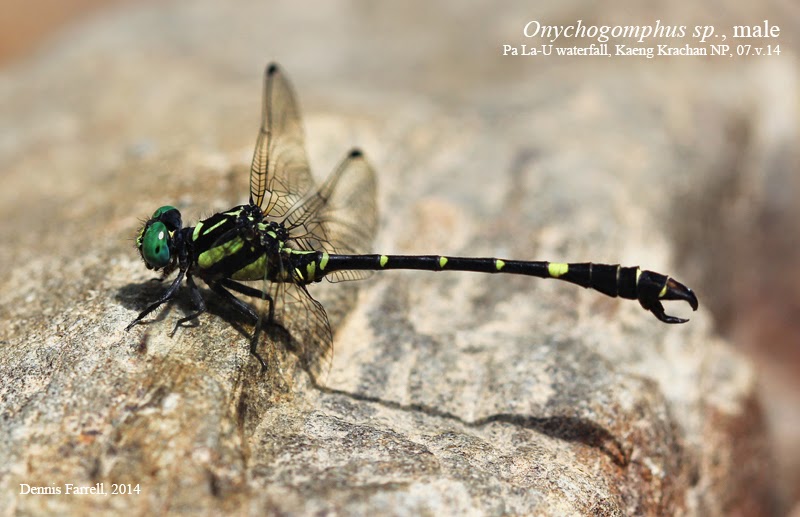 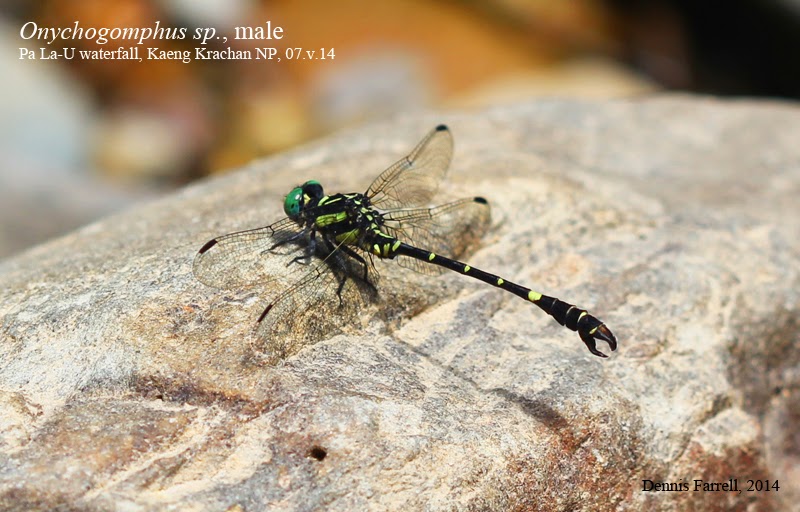 Posted by Dennis Farrell at 9:11 AM