Number: 148
Family: Aeschnidae
Genus: Gynacantha
Species:  Gynacantha saltatrix
Common name(s): Little Dusk Hawker
Thai name(s): แมลงปอยักษ์รีทีฐานกว้าง
Habitat: Heavily tree-lined ponds, lowlands
Province(s) sighted: Khon Kaen
Sightings (by me): Uncommon
In flight (that I have seen): July-November
I was busily teaching yesterday (03/07/12) when there was suddenly a commotion. One of my students had picked up a dead dragonfly and was scaring her friend. I looked at it from a distance and thought it was Gynacantha subinterrupta, as they are fairly common in Khon Kaen. Then I noticed the whitish section on the caudal appendages. I thought it could have been Gynacantha phaeomeria as I have seen this species once before, but in Loei province. I grabbed it from the kids before it was destroyed and then taught them about dragonflies for a while. When I looked closely I could see that it was a new species for me, even though it was headless. The claspers are much slimmer (not paddle-like) than both other Gynacantha species I have come across before.
Since my initial ID of G. bayadera, I have been corrected by Mapor. He thinks it is Gynacantha saltatrix. And looking at www.iucnredlist.org it states about G. saltatrix: "It is a crepuscular species which frequents marshes and does not require forest."
This would make sense as there isn't much in the way of forest in Khon Kaen city!
Since this time, I have found a new location where there seems to be a number of specimens present.
The male
The male looks like many others in the Gynacantha genus. However, its caudal appendages differ. Also, the markings along the abdomen are slightly different to those of Gynacantha subinterrupta. 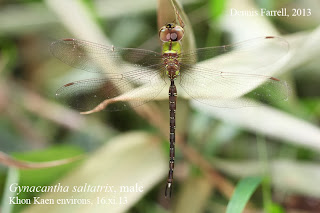 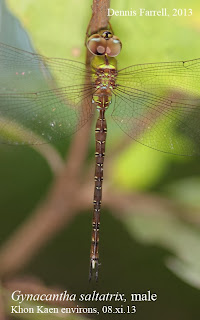 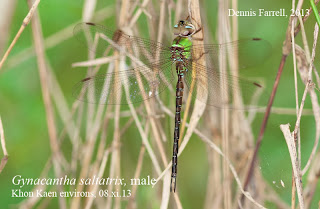 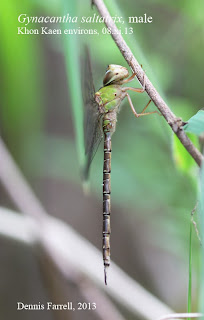 This male I managed to capture with my fingers ... good way of showing his small size. 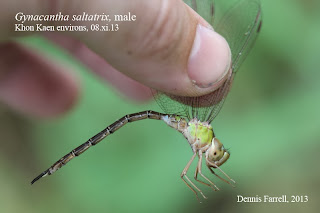 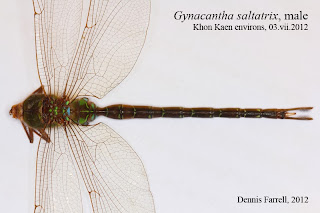 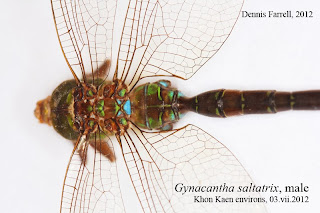 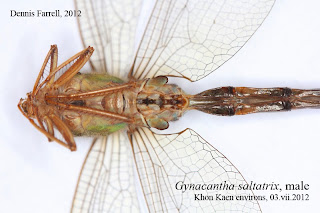 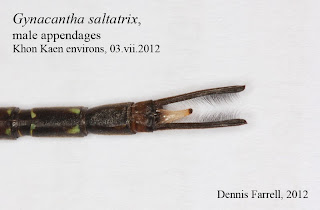 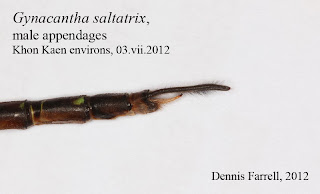 ... compared to G. subinterrupta (it's rather different) ... 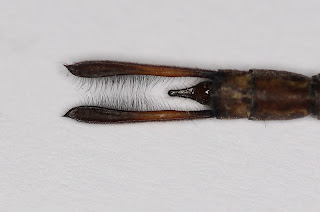 The female
The female is very similar to the male. 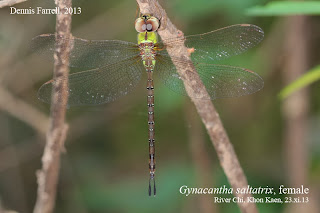 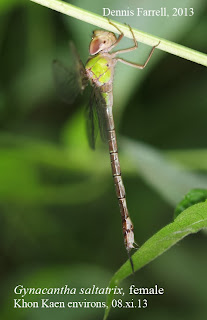 This specimen I also saw at the same school where I work... I must find out where they originate. This female was alive AND had a head! 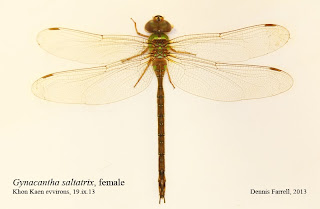 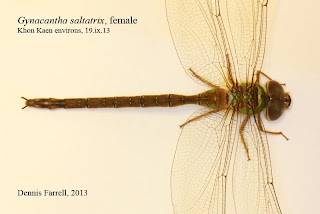 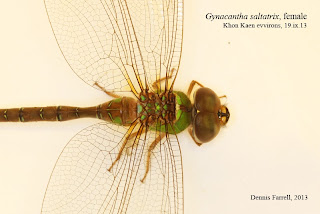 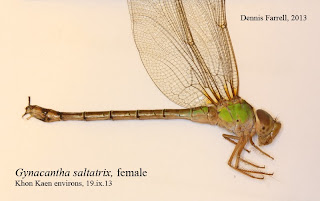 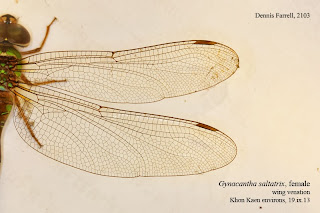 Another younger female I saw outside my house recently. 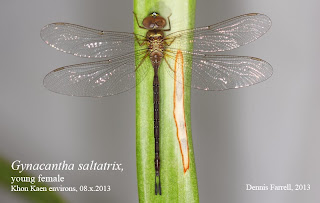 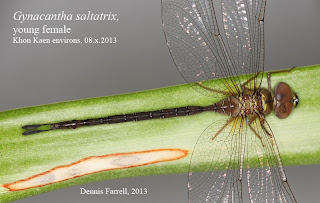 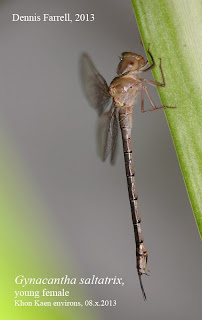 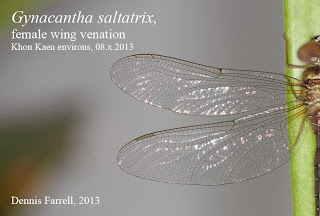 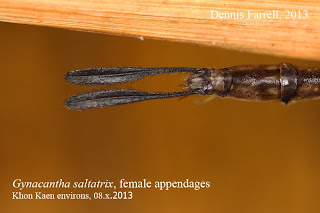 Many, many thanks to Mapor for correcting my initial ID!
Posted by Dennis Farrell at 7:13 PM