Though it may not seem like it, I have been busy searching for new odonates for a while and it has been rather futile. Khon Kaen in still exceptionally dry, especially as we should be well and truly into the rainy season by now. Every trip (several to Phu Wiang, Nam Phong and once to Nam Nao) has yielded very little. To the point, every trip seems to turn into a butterfly trip instead (I do like photographing them too). Today, though, things changed for the better ... and I was actually sat at my desk at school. A work colleague came in and informed me that a large black and yellow dragonfly had crash-landed into a massive window in the school corridor. I dashed out thinking it would be Ictinogomphus decoratus melaenops. Yet, no, it wasn't. I could see it was a new species straight away though wasn't entirely sure. I caught him with my fingers and later on I took photos of him, before releasing him again. By then, I was confident that it was Macrogomphus matsukii, a new species for Khon Kaen and another species for my record list. So, I am certainly a happy camper right now. Still, I can't help but wonder whether it was just passing through Khon Kaen as there isn't a stream, forest or even a pond for a good distance from school. Only he really knows ... unless I find a new place with several specimens one day. Watch this space.
Resting just after release. I had to be quick as it was going dark and he flew away about 30 seconds later. 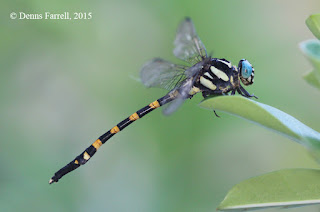 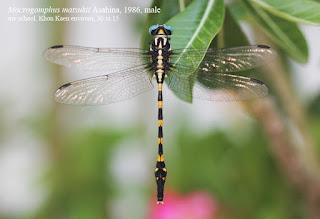 Being photographed close up ... 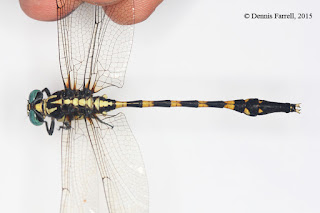 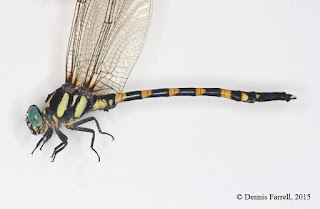 ... and his appendages close up. 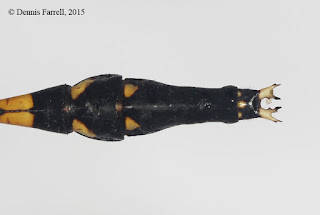 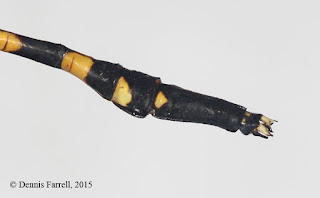 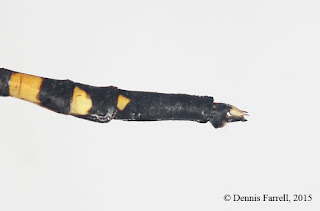