Though it looks like this is my first trip of the dragonfly season, it isn't. It's actually my third. However, following a ridiculous heatwave that seemed to go on for months (I think it actually did), there was very little showing. No surprise really. On the previous two occasions (one at PK and another at a fairly decent location in Khon Kaen), I didn't even get my camera out. I just walked and looked... and slowly cooked. It was just too hot. Anyway, there had been a little rain before and I was itching to try and get improvement shots of Philoganga loringae but, as always, it never showed. The main river was belting through at an almighty pace and so was avoided, as too were pretty much all the decent ponds (they were all bone dry). Therefore, my only option was to tackle the streams that had any water in them. At the first stream bridge, I noticed that there was a little water and so decided to take a look. Once at stream level, I instantly noticed a rapidly moving Macromiidae moving almost robotically over a certain area, repeating the same pattern over and over. Obviously, it was almost impossible to tell which species it was, especially as it was almost dark. Therefore, I set up my net (secretly) and managed to grab him on my first swipe. A quick look and I knew what it was: Macromia cupricincta, male--a species I saw for the first time last year in Chantaburi. Though it has actually been recorded at the park previously, it is the first time that I have encountered it at the park. So, not a new species, but one I was happy to see all the same. A few photos later, I released him and he instantly few back into the gloom. I also managed to spot two new species for the park, in the shape of Prodasineura auricolor and Prodasineura sp. [nec. verticalis]. They are only record shots (as I already have decent photos) but it goes to show that there is still plenty to be found. I am not surprised to find P. auricolor as it is commonly found on the other side of the mountain at Nam Nao. However, it is the first time that I have found P. sp. [nec. verticalis] in this range. However, that was the end of my success for the day. Other than spotting numerous Rhinagrion viridatum along all the streams and grabbing some decent photos of the not-often-seen female Rhyothemis plutonia, the place was seriously quiet. Therefore, I spent a bit of time getting in a few improvement shots of common species that I have neglected over the years. As it neared 2pm, the heavens opened and it became seriously heavy. To the point, I gave up the ghost and returned home, hoping that this rain will bring out the goodies next time...

Photos of the Day 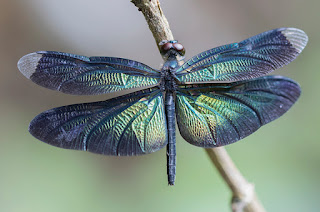 Rhyothemis plutonia, female. Unlike the male, females are seldom seen. 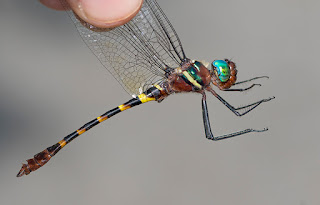 Macromia cupricincta, male. My second ever sighting, and a first for me at the park. 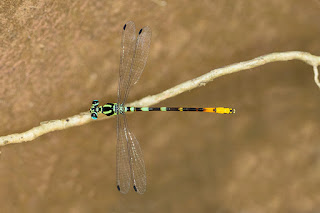 Rhinagrion viridatum, male. A very handsome species that is very common along the shaded streams this year. 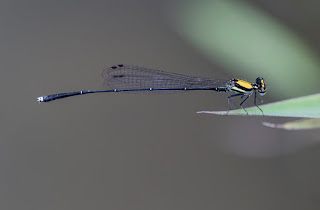 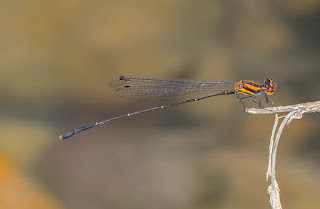 Prodasineura sp. [nec. verticalis], male. A solitary male was also spotted at the same stream as the species above. 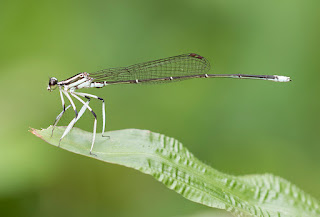 Pseudocopera ciliata, male. The best legs in the business. 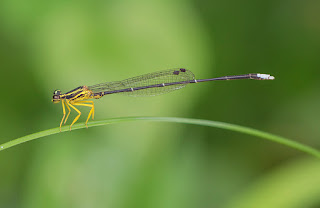 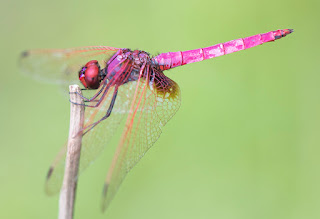 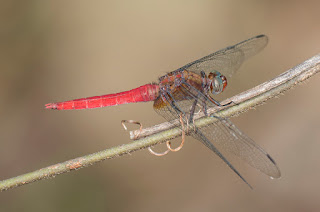 Some Other Interesting Things... 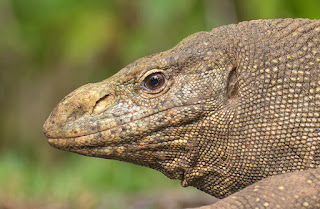 I shall NOT be moved. A large Bengal Monitor lizard soaking up the early morning sun and would not budge off the road. I had to almost pick him up (I placed my hands around the back of his front legs and then he--very slowly--moved off). Awesome creature. 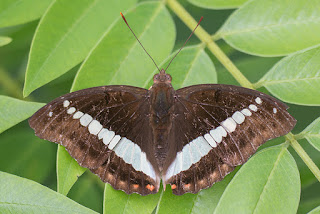 The Red Spot Marquis (Euthalia recta monilis). Like the lizard, it too was soaking up the early morning rays. 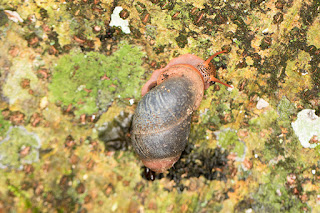 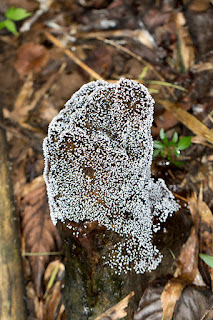 This amazed me... one small tree stump covered in slime mold. 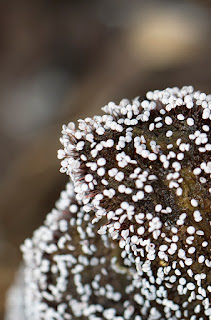 Close up... tiny but awesome.

Next Trip: Phu Phan National Park
(Plus, a write up on a trip to Khao Yai late last year--had no time to do it until now).