Well, I finally got round to visiting another place in the south, though this was a flying visit on a short trip. I had researched Phuket and, in all honesty, it didn't look up to scratch in terms of nature and wildlife... and it duly delivered. The only national park looked as though it had been raped by man and just didn't seem worthwhile. Therefore, the only real place that was "green" enough was Khao Phra Thaeo Wildlife Sanctuary. However, being called a wildlife sanctuary was a very loose term. There were two waterfalls within the "sanctuary". The first one I visited was Ton Sai Waterfall (I got there early... before the attendants and sneaked in without paying). I arrived at 7.00am and, as soon as I arrived, it looked like someone's garden. It was totally manicured and most of the edges of the waterfall/stream were concreted to perfection in order to look nice and provide access -- and a deep pool for the locals to swim in. This may look good but was horrible for a dragon hunter like me or anyone who likes nature for that matter. Still, I was there and thought I may as well have a look. For the first 30 minutes or so, I didn't see any life whatsoever, though I put that down to being early. I was contemplating giving up but the desire to see something new was bubbling at the surface and being in a new location a new species was definitely possible. It seemed like my perseverance paid off. Deep under the trees and in some serious gloom, I saw Copera marginipes. At least it was the first damsel I saw. But, wait! Was it? I crept forward and, like everything else in the world, it just kept moving further and further up the slippery embankment and out of reach of my camera. Eventually, it gave up or got used to me and I closed in... one crappy shot later I knew it was something new! However, getting anything like a decent shot was almost impossible! After a lot of work, I managed to get a few decent shots (considering the conditions) and it turns out to be Drepanosicta species, which, according to Noppadon Makbun could possibly Drepanosicta khaochongensis, a species that seems quite common in the west and the south--though there is more work to be done on the genus! I even managed to get a glimpse of the female, though not for long! Following this, my confidence grew, and I climbed up the waterfall, though I saw hardly anything at all, just a few relatively common species, including Prodasineura laidlawii and Tetrathemis irregularis hyalina. Worse still, back at the bottom kids were now swimming in the pool and throwing stones at me. Great place. It was time to move on. So, good start but then nothing of note. Therefore, I decided to make the short trip to the other waterfall, Bang Pae Waterfall. As soon as I arrived, I felt more at home. There was a large lake at the entrance where I saw numerous common species as well as Pseudagrion williamsonii, which was very common there, though too deep down to get a decent photo. At the based of the stream, there was a lot of scrub and I managed to add a solitary male Echo modesta, which I have only seen for the second time. I also saw 2-3 male Coeliccia albicauda only for the second time but that was about it... though I feel there is more there. Sadly, this is when the heavens opened and put an end to an already disappointing day.

So, not the best, but at least I have one more addition to my list and I managed to pick up a few nice shots along the way. However, would I recommend visiting there? Probably not, unless you have nowhere ese to go! I would be tempted to spend the extra hour and nip over to the mainland... there is a lot more potential around there.


Best photos of the day:

Echo modesta, male... still one of my favourites (though the female annoys me now as I still haven't seen her). 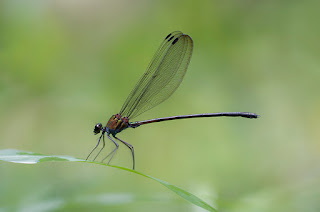 Prodasineura laidlawii, male... easily the most common species in the sanctuary 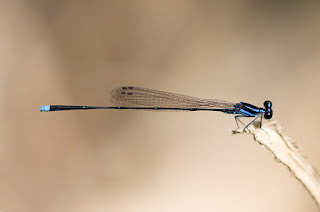 Coeliccia albicauda, male... really tough to photograph in the gloom. Pretty much nailed it with this shot, though. 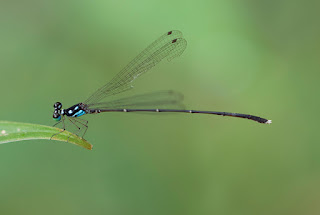 Tetrathemis irregularis hyalina, female... why do I only see the female!?! 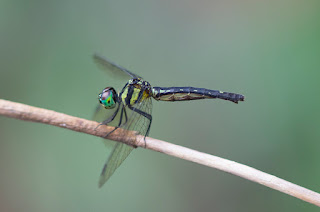 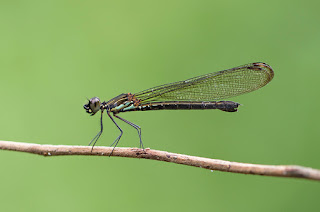 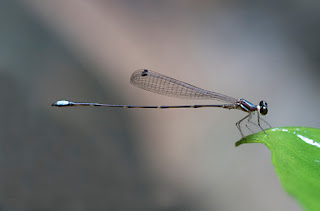 Next Up: My trip to Khao Yai (and another interesting species or two!)

Posted by Dennis Farrell at 9:46 AM