Another small blue damselfly that I have seen on few occasions is Cercion malayanum (also called Paracercion malayanum). At first I was very confused with this species and Psuedagrion microcephalum. There are a number of differences, but the easiest way to distinguish the two is the '8' mark on segment 2 (see picture 2). C. malayanum is also smaller.

The male
The male is easy to spot with its bright azure blue and black colouration to the thorax and abdomen. The eyes are particularly stunning. 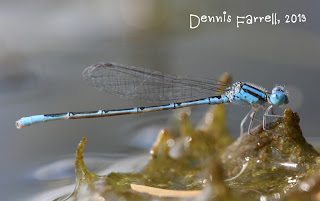 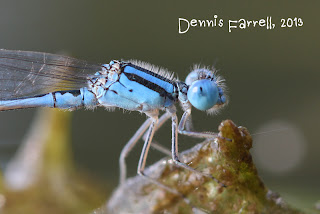 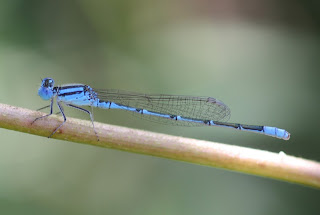 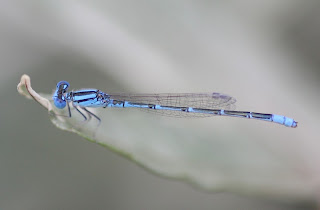 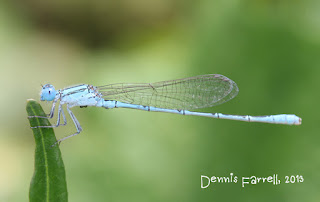 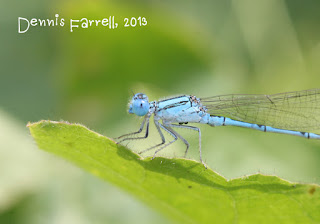 The female
I saw the female for the first time two weeks ago (Dec 11 2010) and I was really happy to see it. The female is much duller in comparison with olive green colouration to the thorax with a feint orange stripe. I recently saw a second female in Khon Kaen (March 13 2012). 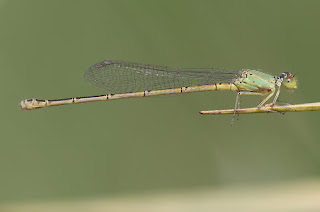 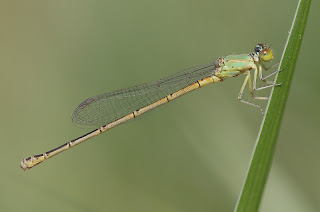 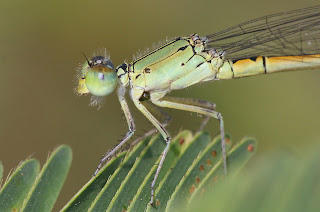 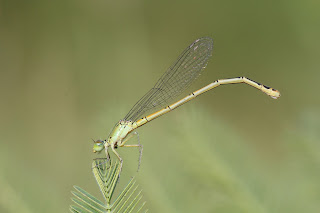 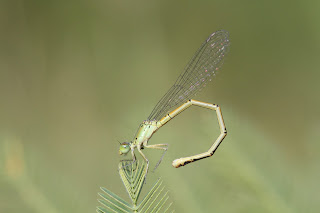 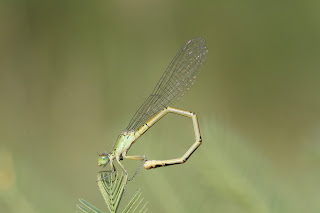 The mature female
Until recently I thought that the female was only green. Now I have just spotted my first female that has blue flanks along the thorax and abdomen. She also has lots of parasites on the underside of her abdomen. Looks like she's just scooped up a load of caviar ... I have seen this species between March-December in Khon Kaen, as well as once at Chantaburi.
Posted by Dennis Farrell at 5:58 PM